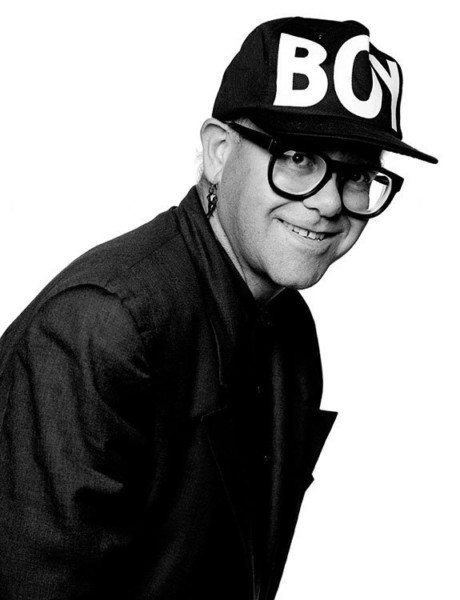 BART’S ADRFT IN NEW YORK CITY — You know the name Peter Bart? As he would tell you right off, he was the guy at Paramount who was intimately involved in The Godfather movies – as well as Rosemary’s Baby; Harold and Maude; Being There; True Grit and right up there with Coppola and Evans. He also was the long-time editor at Variety … when it was a weekly and monthly. Privileged? Sure Entitled? Sure. But, he’s proven to be one of the best writers around (eight published books) and I’ve always enjoyed, though not necessarily agreed, with his opinions.

From the current Deadline, here’s his rather-inspired taker on NYC:

The lobbies are too quiet and the streets too empty. The maître d’s are too polite and a taxi driver even opened a door for me. Revisiting New York after an 18-month absence is a disquieting adventure.

When I informed Los Angeles friends of my trip they looked at me as though I was heading for Pompeii – that was even more unsettling. My mission was not archeological: Gotham, as we used to call it, is buoyant. It’s coming alive. Not really.

Sal, my bartender at newly reopened Smith & Wollensky, poured me a martini before I even asked. “Everyone is drinking at lunch again,” he advises. “It’s for survival.” Drinks can be served without food now, but elbows at the bar must still be 6 feet apart.

Gotham will officially be “open” on May 19, and Broadway shows started selling tickets this week for their September bows. But social distancing rules still prevail, masks are ubiquitous, restaurants collect contact information, and most people I talk to believe protocols are being relaxed too hastily.

I feel lucky to have spent my “lost year” in Santa Monica and Palm Springs. My old friend, writer Gay Talese, hunkered down in Manhattan and was glad he did, but he was “surprised at the speed with which my New York friends fled the town, without even pausing to say goodbye. I wonder if I will ever again feel as comfortable with them as I did before their flight from home.”

It was home for me, too, for much of my life. I grew up as a Manhattan brat. Even as a teenager I went to the theater and hung at jazz clubs. Sure, I walked Fifth Avenue at Christmas with the tourists but still snarled on cue at the “bridge and tunnel people.”

I feel great walking the streets again, except Broadway is a ghost town and studies show only 16% of office workers have returned. Hotel occupancy at 54% is gaining more slowly than Las Vegas or New Orleans. Many of my favorite hangouts are still shut, like Twenty-One, and Maloney & Porcelli is closed for good. But when I searched for Cuban food at Victor’s, they were reassuringly rude as in old times. The reservations clerk at the toney not-yet-opened Pavilion snorted contemptuously at my table request. I felt at home.

But baffled. The New Yorkers I grew up with were by nature defiant, yet now display symptoms of submission. Most people on the streets, for example, still wear masks, despite relaxed CDC rules. Is it habit? And still wielding antibacterial wipes. “Many cannot let go of the fear and insularity of the pandemic,” declared the New York Times. Giddy forecasts of a reprise of the Roaring Twenties with its nonstop nightlife aren’t proving valid.

With exceptions. The glitziest of restaurants are doing turn-away business (within boundaries of 50% capacity). In SoHo the Balthazar crowd seems euphoric. The Blue Willow midtown Chinese hot spot is turning people away.

Broadway producers are hungering for that $1.8 billion in annual ticket revenue, with 15 shows slated for September openings and another 15 for later in the fall, but tooling up is demanding — except for those money machines like Wicked, Phantom of the Opera, Hamilton, etc. Potential ticket buyers who put on weight during the pandemic stay-at-home days may groan at having to squeeze into Broadway theater seats constructed for 1920s bodies.

Meanwhile, all over Manhattan landlords are lowering rents and converting offices. Only 48% of retail space in the Empire State Building is occupied, and many of the Madison Avenue boutiques are boarded up.

Will New York ever again be what it was? The legendary Dorothy Parker once observed that “city life is always better than I thought it would be.” Many residents hope that may still be true.

BROOKE SAYS — (Via SHOWBIZ 411) I am totally down with this. Brooke Smith was so good on Big Sky this season; she’s starting her do-it-yourself Emmy campaign.

You know Brooke from Greys Anatomy and Silence of the Lambs, among dozens of credits. She was a standout on Big Sky as Merilee Legarski, wife of the murderous psycho crazy sheriff played by John Carroll Lloyd.

As the daughter of PR guru Lois Smith, I understand the importance of campaigning for awards. I can’t afford a publicist, but I did pay the fees and submit myself for consideration to be nominated for an Emmy for Best Supporting Actress in a Drama Series for my work as Merrilee Legarski on David Kelley’s “Big Sky.” Because of the “stay in your lane” mentality of Studios, they won’t include me in any FYC panel discussions or press, or even put my name in the cast list on the Big Sky FYC page because I was a “recurring character” and not a “series regular”. I appeared in 8 out of 10 episodes (more than some of the other actors who were “series regulars”) and I was paid a lot less than everyone else, but I made peace with that because of the incredible material David E. Kelley was writing for me. I told myself that as long as I had great stuff to do on Big Sky playing Merrilee Legarski, I would survive being alone + away from my family in Vancouver for 6 months during a global pandemic.

Even though I know about publicity and what it does, I have always believed that if you do good work, people will notice. It’s difficult to compete when FYC ads in trade magazines start at about 10k, and most actors have teams helping them to get the word out. But I am very proud of my work on this show, so I am trying to do a DIY campaign myself. I am emailing tv critics and trade magazines directly to ask them to vote for me if they liked my work on the show. What have I got to lose? “

Brooke Smith was pretty terrific on Big Sky – a show that I’ve grown quite fond of (along with WOR’s Tom Cuddy), but airing the behind-the-scenes dirty laundry of the industry, I don’t think will play very well. At first blush this sort of seems like advice Ray Fisher got vis-à-vis his Justice League travails. Don’t bite the hand I always say.

I was also amazed that she, being the daughter of PR-doyenne Louis Smith, would even resort to something like this. In a way, it kind of diminishes what some really outstanding PR-people do. They have a job to do … and, most, do it very well.

Honestly, it may bring her to a new level of awareness … but, more for how she’s doing it, than the actual work, which is a shame.

SHORT TAKES — Best quote from The Oscars from Elton John, “Look’s like it’s coming from a Starbucks.” Priceless and you know what? Right on the money! Elton’s EJAF Oscar party raised $3 million … I’m halfway through the Richard Perry biography, Cloud Nine and just loving it. Why the publishers (Redwood) didn’t capitalize on this book is anyone’s guess. Sure, he’s not in the best of health these days, but a ZOOM-like press conference, would have been my call. Perry, who has worked with the likes of Ringo Starr, Ella Fitzgerald, Rod Stewart, Leo Sayer, Harry Nilsson, Streisand and Tiny Tim has a career that’s just fascinating. More to come on this one …Funny moment on Micky Dolenz’s interview with Bruce Morrow Saturday night on WABC, when Dolenz said he had ramped up his cooking skills during the 14-month shutdown. So much so, he and his wife had talked about maybe opening a restaurant. Fun fact: Micky’s father had a very successful restaurant in Hollywood called The Marquis. Micky, get me a table!  … Romeo Delight now re-set for Steve Walter’s Cutting Room on Saturday, June 19. Looks like NY1 will be there too …

With all the news about Genesis returning to the NY-area, we checked out their “Firth of Fifth” video from their 2007 tour. Just sensational … and, remember, this song is from their Peter Gabriel day’s. Amazing. Check it out here: https://www.youtube.com/watch?v=PHYomj3Efnc …And, Happy Birthday Ken Dashow!