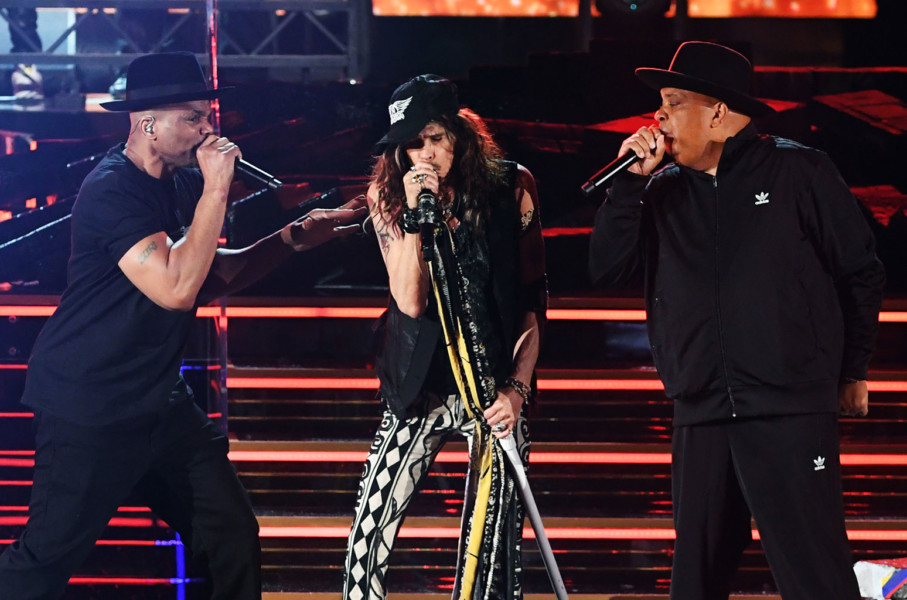 GRAMMYS — The LA Times’ Randy Lewis said that the allegations that surfaced last week about NARAS, was akin to setting off a nuclear device in Grammy-land. Regrettably, to silence the naysayers, an even more tragic event took place literally hours before the Grammy-event: the tragic passing of Kobe Bryant.

Without rehashing the tragic events, suffice to say, that the Grammy-event itself became more of a memorial and certainly less about the rumors and more about gravitas.

The show proved to be a somewhat calming event after the events of the day. Ratings were down a bit from last year and miraculously Alicia Keyes was rather sensational in holding together a show that was predicted to be a failure event before it got underway.

To me, there were no highlights – how could there be?  But, rather, a more formulaic show.

Where NARAS goes from here is anyone’s guess. Late reports Friday said that former-Grammy-head Deborah Duggan was looking for a way to return.  For me – she should never be allowed back at NARAS. The damage has been done and should be reasonably resolved.

FRIARS RIP — I believe I first visited the esteemed Friars Club in the early 80’s … for lunch. My memory is that I had one of the best chopped salads ever; and, the fish was even better.

I’d seen several shows there and even bumped into the late-great Jerry Orbach several times; cementing a friendship that lasted until he passed. Jerry was, just like Joey Adams, a quintessential New Yorker.

Per Cindy Adams, and last week, Roger Friedman, the club is kaput. The party line is that there was a flood, which made the inside look like the Titanic, but, the true story lies somewhere between a series of law suits and a Federal investigation.

The club ran into legal difficulties years ago, but the real reason is that the powers-that-be had difficulty bringing the Friars Club into the new millennia. Yes, you’d see the occasional rapper there, but the club itself was the very definition of an old boy’s club. I’d heard tales that you’d visit their steam room and it’d be like Ernie Borgnine, Don Rickles and Milton Berle in there holding court.

Also, they made some, say we shall, poor choices in management. Their last choice was a fellow who thought he had ties to greats like DeNiro and Pacino … but, in reality, was already under criminal investigation.

The Friars for a great time, was indeed the place to be. Think Billy Crystal in his heyday. The club just couldn’t change to fit the new times.

I had some totally memorable times there.  In its day, it was an institution.

Young took his oath of citizenship on Jan. 22 in Los Angeles. Afterwards, he was spotted waving a small American flag, arm-in-arm with his partner Daryl Hannah.

According to TMZ,  “After decades of living in America with a visa, Young took the plunge so he could vote against Donald Trump in 2020, with sources believing it was Trump’s inaction during the 2018 California wildfires that spurred the decision (Young’s home was destroyed during the natural disaster).”

However, the former Canadian has dabbled in politics for some time – he took part in the anti-war movement in the 60’s, currently serves on the board of Farm-Aid and is a strong advocate for climate change legislation. Not to mention his often-political lyrics.

SHORT TAKES — Debbie Gibson has a new single out, “Girls Night Out,” that just received a terrific remix via Tracy Young, who won a Grammy Sunday night. Interestingly, the song entered the Billboard dance charts last week, right next to “Into The Night,” by Benny Mardones. It was, I believe, the song’s fourth charting. Amazing … Robert Miller’s Project Grand Slam starts recording their new album today in NYC …

Here’s one more shot of Wendy Stuart Kaplan’s glamorous Bday part last week (at Bedlam in NYC) with performance artist Eileen Dover and Nick Lyon … MusiCares had Aerosmith (the honorees) perform “Walk The Way” with Run and DMC appearing onstage as well. And, you know what? The track, originally released in 1986 still rocks. Take a look at a brilliant piece on the two groups coming together from The Atlantic: https://www.theatlantic.com/entertainment/archive/2019/02/aerosmith-run-dmc-and-story-behind-walk-way/582220/ … SIGHTING: Celebrity-author Mark Bego at Jerry Bob’s in Tucson, Arizona … And, just for the record, it was Cory Robbins’ Profile Records that released it. Somehow, Profilealways gets left out … and, ready for the Super Bowl? I predict JLo will be fantastic!