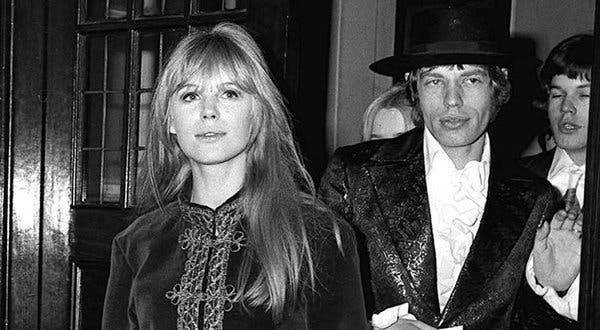 JAMES’ SHINDIG — Weeks before the world fell apart, I was sitting with some friend’s at dinner when they mentioned they had just gotten tickets to see the legendary Tommy James –at Westbury Music Fair– in Long Island. Two lights went off in my head: I had never seen Tommy and have always been a huge fan, and, two: I happened to know his manager. So, I emailed her, and, I got two tickets.

Literally the Monday after this dinner, everything went dark. At first Tommy was going to do the show, but no backstage greetings. One day later … the show was officially postponed till July … although, now that show will probably be canceled too.

His book Me, The Mob and The Music (2011), IMO has always been one of the better reads for a look inside the then-swaggering music industry. Sure, it was a way different ballgame back then, but the book was a great tread and surprisingly, I knew most of the gunslingers: Morris Levy, Herbie Rosen, Ritchie Cordell, Juggy Gayles … it was almost like I was there when I read it and considering the times… I just might have been.

I started reading it again it loved it as much as that first read. Tommy’s first major label, Roulette, was Morris Levy’s label and he ran it pretty much like a mob-run enterprise. I’d prefer not to get to specifics, because still, to this day, some of those infamous faces (and, their families) are still around.

But, they were colorful characters and many of James’ descriptions are priceless.

Having been right smack-dab in the middle of all those antics described in the book, I can readily attest, it’s all true.

I have regularily advise  people getting into that crazy business today, to give it a read (also Fredric Dannen’s Hit Men). It’s not so much as how the business is run today, but if you get connected with the wrong people … antics like that can certainly occur.

It’s funny: my copy, which I guess was one of the original releases, says that’s it’s soon to be a major Broadway-musical … now, it’s been slated to be a movie. I can only imagine getting all the rights. It’s kind of like a Sopranos-Vinyl-mash up. I’ve love to see as movie of it.

MARIANNE FAITHFUL —  (Via Deadline) UPDATE: Marianne Faithfull has apparently beaten the coronavirus. The 73-year-old singer/actress has been discharged from a London hospital after a 22-day battle with the disease. Faithfull thanked fans for “kind messages of concern” and said she “is very grateful to all the NHS staff” who saved her life, according to a Twitter post.

“We are really happy to say that Marianne has been discharged from hospital today, 22 days after being admitted suffering from the symptoms of Covid-19. She will continue to recuperate in London,” the statement read.

EARLIER: Singer/actress Marianne Faithfull is in a London hospital being treated for coronavirus. The 74-year-old was said to be stable, her management said on Saturday.

“Marianne Faithfull’s manager Francois Ravard has confirmed that Marianne is being treated for COVID-19 in hospital in London,” the singer’s reps said in a statement to Deadline’s sister publication,  Rolling Stone, on Saturday. “She is stable and responding to treatment. We all wish her well and a full and speedy recovery.”

Faithfull friend Penny Arcade told Rolling Stone that Faithfull was sheltering in place, but caught a cold. Faithfull checked herself into the hospital on Monday, where she tested positive for COVID-19, and developed pneumonia, Arcade said.

The edgy Faithfull, a former heroin addict, has long been in shaky health, and has hepatitis C and a bout with breast cancer in 2016 on her charts. Faithfull has also been open about past drug abuse, self-scarring and anorexia.

The London-born Faithfull was first discovered at a Rolling Stones launch party she attended with John Dunbar in 1964. Later that year, she released her first song, “As Tears Go By,” written by Mick Jagger, Keith Richards and the man who discovered her, Andrew Loog Oldham, the Stones manager at the time.

She has released 22 studio albums, the most recent being 2018’s Negative Capability.

In addition to her music, Faithfull has a long acting resume. She has appeared in such television shows as The Sopranos, Cold Case and American Horror Story, as well as several documentaries and feature films.

SHORT TAKES — Gremlins got into our last column, and the Iron City Houserockers got mashed-up the wrong way. Apologies. We also tacked on the question of whether industry-honco Steve Leeds (now talent-macher atSiriusXM) had A&R’d the album. A little sleuthing showed that not only did he serve as A&R-mastermind, but he saved the band from being dropped by MCA and oversaw their second album (which included two cover tunes, one of which was “Hit The Road Jack”) produced by Kenny (Joan Jett) Laguna …

I’m as happy as anyone that Christopher Meloni is returning to the Law & Order-world, but don’t think he’s not getting a boatload of greenbacks from creator/producer Dick Wolf. With the Law & Order-franchise and Chicago-franchise on NBC and the FBI-franchise on CBS, Wolff is literally printing out money. Team-Meloni wisely decided that this was the time. Turns out that the Meloni-character and his TV-wife were slated to make a guest appearance on the final Law & Order; SVU show this season… but, that taping was scuttled by the health crisis. Whatever, count me in for Law & Order; Stabler … This week, the Rolling Stones returned with a new song, and “Living In a Ghost Town” finds Mick Jagger, Keith Richards, Charlie Watts and Ronnie Wood feeling a little funky.“I’m a ghost, living in a ghost town,” sings Jagger in the song’s opening lines. “You can look for me/But I can’t be found,” he sings in the engaging track, the first bit of new music from the Stones in quite some time. Produced by Don (Fagenson) Was, “Living In A Ghost Town” is the Rolling Stones’ first new, original song in eight years — following “Doom & Gloom” and “One More Shot,” both taken from the band’s 2012 greatest hits compilation GRRR! And, it’s pretty perfect. Check it out here:

Happy Bday Chuck Darrow and Jill Christiansen … Been listening to TUNE-IN’s 70’s channel and been loving what I’m hearing. Lots of Village People; Chicago; Gordon Lightfoot; CHIC; Sugarloaf; and “Him” by Rupert Holmes … terrific record, How’d I miss it in 1979? …