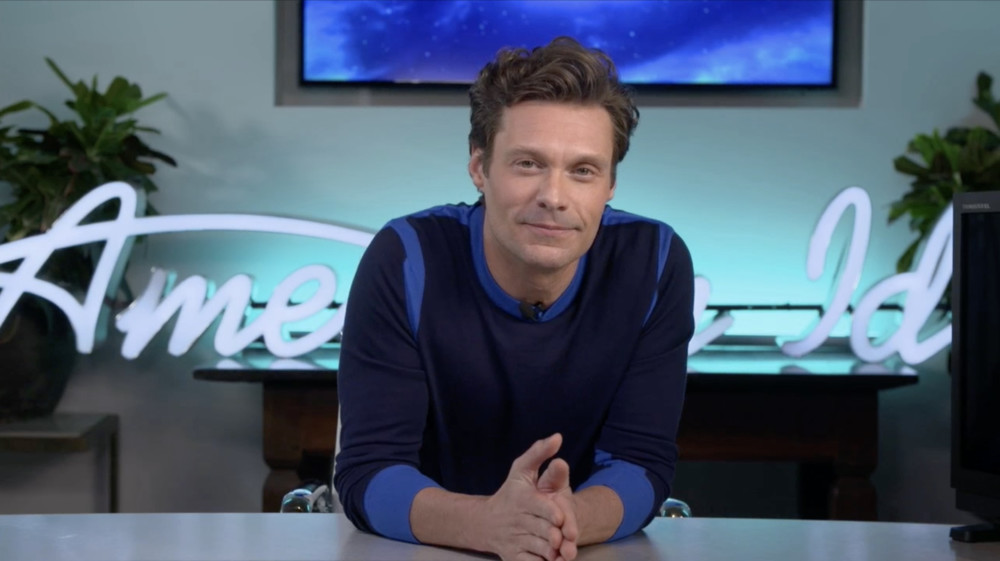 SEACREST DOWN & OUT? — The American Idol Sunday night season 18 finale, a mix of pre-taped and live segments, was super awkward at times and Ryan Seacrest had to release a statement denying he had a stroke.

Some social media hawks thought he momentarily slurred his words and one of his eyes was bigger than the other.

“Ryan did not have any kind of stroke last night,” a rep told People magazine in an exclusive statement.

“Like many people right now, Ryan is adjusting to the new normal and finding work-home balance, with the added stress of having to put on live shows from home.”

Seacrest is known to be unflappable in the face of any live event but even he struggled at times during the live portions when there were technical or logistical issues. As he was naming the top two, the sound went out at points. He also wasn’t sure if he was supposed to talk to the three eliminated singers.

I’ve known Ryan for decades and while several of the claims made really did occur; methinks it’s just a case of quarantine fatique that we all have been working through. Ryan’s a pro and if he did indeed suffer some sort of medical malady, he’ll get it sorted out successfully and quickly.

CRIB NOTES — If there’s been one real interesting aspect to this whole shelter-at-home experience, it certainly has to be seeing into one’s home during these -rather boring, if you ask me- Zoom sessions.

John Legend’s home in LA looks spectacular and now’s that he’s removed his awards from sight … much more enjoyable. For me, Elton’s backyard, complete with a basketball setup, looked positively fun.

NBC’s Miguel Almageuer’s is on target for fashionable West Hollywood … love it. Celebrity-scribe Mark Bego’s is lit beautifully in green. But, Mick Jagger’s room, with some fabulous art on the walls, is more my speed.

It’s something most of us regular folk never had to think about: How to outfit your remote-room … art, or no at?

SHORT TAKES — Watching Netflix’s Money Heist (from Spain) and am just loving it. It’s dubbed, but done so well you hardly notice. One of the best things we’ve seen thus far … Micky Dolenz will be doing an Amazon Daily Music Pick via their Alexa program next week. Can you guess what his playlist will be? … Checking out the bourbon display in my local spirit store, I came across a bourbon titled Redemption. Hmmm  … Really enjoying reading the various media stories on the late-great Fred Willard. What a career! Read in one that he often missed cast parties and premiers. Why? Because he was working ….

Our colleague Roger Friedman reported that the Friar’s Club has now lost their lease after a myriad of business and financial problems. It was a great institution and I remember well being here with the likes of Norby Walters; Alan King; Billy Crystal; and, Jerry Orbach,. It fell into disrepair with a number of ill-advised tactics and people running the show. Very sad … Julie Andrews has green-lighted a re-boot of her 1979 movie 10. Yes, that classic was with Dudley Moore and Bo Derek, and, Andrews. It was her band Blake Edwards who directed it. Honestly, leave it alone. There’s no one, with the possessive exception of Steve Carrel, who could even come close to replacing  Mr. Moore … And, RIP Ken Osmond (Eddie Haskell).