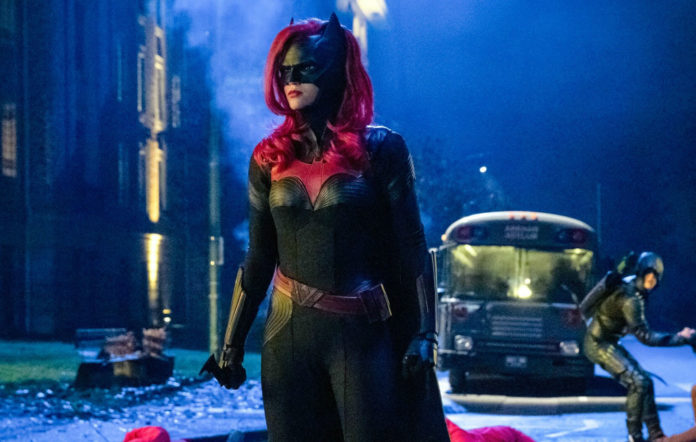 DAEODON‘S STRANGER MASTERPIECE — Louisville-grunge rockers Daeodon’s newest album, ForeverStrangers, due for release this coming Friday, is a masterful work from the two-man band; that began in 2017.
John Torstrick and Sam LeMay have produced a work that immediately places them in the company of the likes of Led Zeppelin, Black Sabbath, Soundgarden, Deftones, Mastodon, and Nirvana. Dazzling,competent and powerful.

The nine-track album, the follow up to last year’s The Fixer, includes the tracks “Steam Grinder,” “Reflective Nature,” and, our favorite “Desert Eye.” The duo have released it on their own label, Daeodon Records, but it deserves a quick pick up from a major label – Republic comes to mind immediately.

They were to tour later this year – but, you know what happened.

Engineered to perfection by Hank Linderman – who also worked with the duo on The Fixer.

It’s a landmark record for them. Check out their site: www.daeodon.net

REPUBLIC SPEAKS — Republic Records is banning the word urban from its company verbiage, doing away with the term for hip-hop and R&B, which many consider an antiquated generalization that marginalizes music by black artists.

The label, which is home to artists like Ariana Grande, The Weeknd and Taylor Swift, said on Instagram Friday that it will remove the word from department names, employee titles and music genres, clarifying in a press release that this will not lead to any structural changes at the company.

“We encourage the rest of the music industry to follow suit as it is important to shape the future of what we want it to look like, and not adhere to the outdated structures of the past,” the Instagram post reads.

The term dates back to the mid-1970’s, when black New York radio DJ Frankie Crocker (on WBLS) coined the phrase “urban contemporary,” which was later shortened to “urban.” While the term didn’t carry negative connotations at the time, many argue that it has evolved to symbolize the music industry’s history of lumping music by black artists into one category, marginalizing black musicians and those who work with them in the process.

Republic’s news follows a similar announcement yesterday from Milk & Honey founder Lucas Keller that the management company, which has clients like Oak Felder and Oliver Heldens, will eliminate the term urban.

Both actions come amid calls for the music industry to direct resources toward promoting racial equality, as protests erupt around the country over the recent police killing of George Floyd in Minnesota. Earlier this week, Republic launched the new Republic Records Action Committee (R2AC), which will focus on social justice issues. The task force is working closely with parent company Universal Music Group’s own new task force, which includes members of the Republic team, and will donate $25 million to social justice organizations.

MORE BAT — (Via Deadline) The CW’s Batwoman will have a new lead next season following the exit of star Ruby Rose. In a conversation with fellow showrunner Julie Plec as part of ATX TV…from the Couch virtual festival, Batwoman creator/executive producer/showrunner Caroline Dries spoke of the decision to introduce a new character instead of recasting Rose’s Kate Kane, an approach regularly used in soaps where new actors step into ongoing characters all the time.

“To be honest with you, I did consider the soap opera version for a hot minute, selfishly because we had already a couple of episodes written, and transition-wise it would be seamless,” Dries said.

The Hollywood production shutdown due to the coronavirus pandemic cut short the freshman season of Batwoman, leaving a couple of finished scripts with Katy Kane unproduced. Instead, Season 2 will feature a new lead character, listed in the casting notice as Ryan Wilder, who is younger than Kate Kane, and will chronicle how she becomes Batwoman. Dries revealed how she and the other Batwoman EPs, including Greg Berlanti, reached that decision.

“Upon further reflection — and Greg helped me make this call, he is way smarter than me about this sort of stuff — he said, you know, we should just reboot the character in terms of reboot Batwoman as a different character, and also respect everything that Ruby put into the Kate Kane character. And I just think it helps the audience a little bit too, that we are not asking them to not address the elephant in the room.”

It is unclear whether Ryan is a newly created character or a code name for an existing DC character; Dries indicated that it may be a new creation.

“I’m inventing a whole new character who in her past was inspired by Batwoman, so she will take on the mantle and is completely maybe not the right person at the time to be doing it, so that’s what makes it fun.”

The plan got thumbs-up from The Vampire Diaries and Legacies executive producer/showrunner Plec who previously worked with Dries on TVD and the 2016 pilot Recon.

During the duo conversation, Dries also spoke of the tough times and moments of joy involved in being a showrunner, including difficult notes calls and the gratifying testimonials from LGBTQ viewers speaking about how Batwoman has made a difference in their lives.

Batwoman is the first superhero series in television history to feature an avowed LGBTQ character as the central character.

Simply put, they’ll have to be a new, if short, origin story.  The phrase upon further reflection is never good.

As I’ve said, I’ve watched this show from the start and it started off great out of the gate. Terrifically ambitious and clever scripts … but, then something happened along the way and Rose’s character seemed somewhat diminished. I don’t know if it was her lack of enthusiasm, injuries or what. But, something changed.

Hats off to Berlanti, who seems to feel he can easy-fix-it. Me? I’d be shocked if this works.

SHORT TAKES —Vintage Video Pick of the Week: “Strange Way” by Firefall (1978) … The one question I always get most when readers email in, is: where did the name The Glorious Corner come from? Well, I guess after 77 columns here, i can finally answer that: talent agent extraordinaire William Schill! When he gave it to me, two web-sites ago (The MAC Wire and Times Square Gossip), I thought it was great … and, still do. Thanks Bill! …

TNT’s Snowpiercer just keeps getting better and better. Mostly lukewarm early reviews just killed the momentum … but, I’ll tell you; it’s positively riveting. Jennifer Connolly as Melanie Cavill, and Daveed Diggs as Andre Layton  are just just terrific. The surprise of the season … Again, Bradley Cooper would be perfect as Barry Gibb in the forthcoming Bee Gees movie. Inspired for sure … Just started the Gene Cornish book, My Life As A Rascal ... And, Happy Bday Tyrone Biljan!