What To Watch December 9th To Take Away The Blues 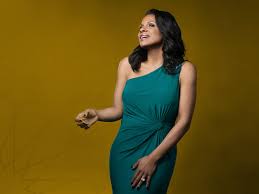 What To Watch December 9th To Take Away The Blues

5pm: Metropolitan Opera: Free Student Stream Eugene Onegin
The pain of unrequited love is portrayed unforgettably by two of today’s greatest stars. Renée Fleming is musically and dramatically radiant as the shy Tatiana, who falls in love with the worldly Onegin, played with devastating charisma by Dmitri Hvorostovsky. Their mesmerizing vocalism and chemistry explode in one of opera’s most heartbreaking final scenes. With Valery Gergiev on the podium conducting Tchaikovsky’s passionate score, this performance is one for the ages.

Click here to register for the free event, which will be streamed via a private link on YouTube.

7pm: Broadway’s Great American Songbook: Robert Creighton Musical director Doug Oberhamer with special guest Richard Kind music director Alex Rybeck. Robert is starred as Weselton in Disney’s Frozen. Other Broadway credits include: The Lion King (Timon), The Mystery of Edwin Drood (Durdles), Anything Goes (Purser/Moonface), Chicago (Amos), The Little Mermaid (Chef Louis), Chitty Chitty Bang Bang, and Jackie Mason For Laughing Room Only.  He was co-author and star of the hit Off-Broadway musical Cagney which ran at the Westside Theatre, NYC for over 500 performances. For that role he won the Fred Astaire Award for Outstanding Male Dancer and was nominated for the Drama Desk and Outer Critics Circle Awards as Best Lead Actor in a Musical.  Last season he was a recurring guest star on the CBS series The Good Fight. Other guest-starring roles include Elementary (CBS), Law & Order (NBC), The Family (ABC), and Life on Mars (ABC). For his cabaret “Ain’t We Got Fun!” he won NYC’s prestigious Bistro Award for Outstanding Entertainer. His debut album Ain’t We Got Fun! was released in 2012 on the LML music label.

7pm: The Tank’s Wintry Mix: Fun with Dick & Jane: Working Title By The Tank is an energetic and physical encounter between two bodies and two artists, Ben Grinberg and Rhonda Moore.

Over the course of one day in a studio together, they get to know each other through a series of improvisational scores and a sharing of intimate and mundane details.

With witty, goofy, and sketchy movement moments, and under the circumstances bravely danced. Fun with Dick & Jane: Working Title is funzies for all and is so easy for everyone to dance read.

Dealing with the fraught-ness of human touch but the necessity of connection during a time of pandemic isolation, an intergenerational and cross-racial relationship discovers its limits through movement, humor, and multi-layered video art.

Click here to watch. The company will be giving 50% of its donations each week to a different charity that supports black lives and civil rights.

Why would grown adults dress as Santa’s elves for their annual office Christmas party? That’s easy: the bonus. But festivities go from bad to worse for the employees at Kugelman’s Incontinence Pad Factory when their heartbroken boss decides to fly the coop on Christmas Eve and take one of them along. Starting over on a remote island? Leaving your crummy life and never turning back? Emotions running high and tempers on the brink? It’s beginning to sound a lot like Christmas!

(Note: this is a special edition of the company’s programming, featuring a 35-minute excerpt of the show and a conversation following with the creators).

An Evening with Audra McDonald, which will be filmed live on the venue’s stage, is available on demand for one week following the premiere.

Tony, Grammy, and Emmy winner McDonald is a passionate advocate for equal rights, LGBTQIA+ causes, and underprivileged youth through her work with Covenant House. She is also a founding member of Black Theatre United, with the mission to inspire reform and combat systemic racism within the theatre community and throughout the nation

7:30pm: Britten’s Peter Grimes The operas of Benjamin Britten are exceptional in many ways, not least the composer’s unsurpassed genius at setting the English language to music. Based on a collection of poems by George Crabbe, his Peter Grimes is the story of an enigmatic fisherman, the deaths of two of his young apprentices, and the judgments made about him by the close-knit community. It is a perfect vehicle for Britten’s music, which breathes convincing life into the characters and the story and masterfully communicates the confusion and conflict of the situation, forcing the audience to make up their own minds. The operaalso shows off Britten’s sophisticated orchestral writing, every moment of the score conjuring the sights and sounds and sea spray of the small Suffolk fishing village in which the opera is set.

The musical version, which has previously been seen on Broadway in 2006 and 2007, features a book and lyrics by Tim Mason and music by Mel Marvin. The production toured regionally following its Main Stem premiere and returned to NYC to play Madison Square Garden.

Are you as obsessed with Hamilton as we are? Broadway Up Close Owner Tim Dolan will lead guests on a virtual tour of Alexander Hamilton’s 1700s sidewalks in the “greatest city in the world.”

In addition to exploring the historical sites from the musical, guests will hear rarely heard first-hand accounts from the making of the musical as Tim was a fly on the wall for the entire creation on Broadway.

This HamilTour will be broken up into two parts (Dec. 2 and 9) to cover as much detail as possible. Don’t “wait for it,” – join us and be in the “virtual tour” where it happened.