What To Watch July 27th To Take Away The Blues 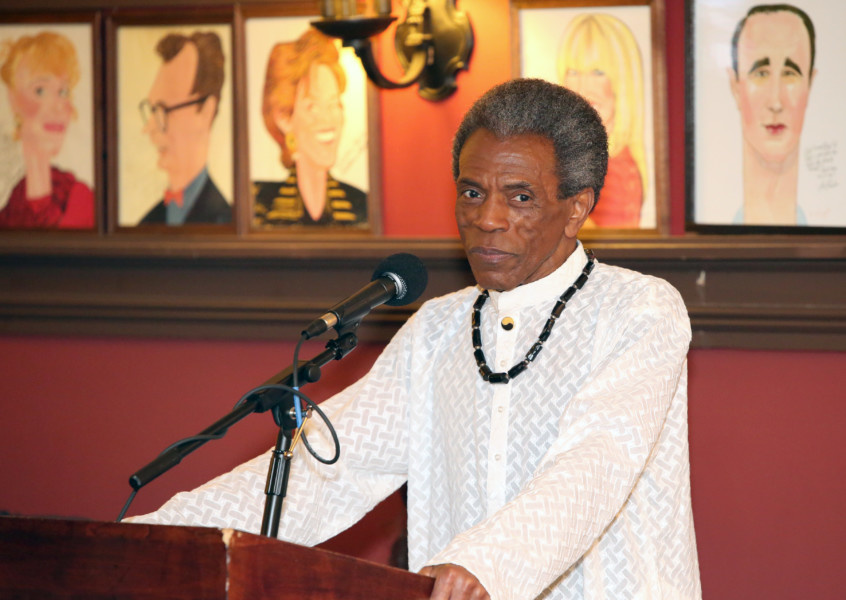 What To Watch July 27th To Take Away The Blues

1pm: Virtual Verbal Description Program: A Celebration of Tap Dance By Lincoln Center. Celebration of the 30th Anniversary of the Americans with Disabilities Act, Lincoln Center’s ADA in the Arts features programs with and for people with disabilities. Designed for individuals who are blind or have low vision. Behind-the-scenes exploration of tap dance materials from the archives of the Jerome Robbins Dance Division.

This program is free with registration. Click here to register »

1pm: The Broadway Q&A Series: Scott Ellis The Broadway alum will answer questions about Tootsie, She Loves Me, Curtains, 1776, and more.

3pm: The Seth Concert Series: Megan Hilty performs highlights from some of her biggest roles.

Hilty made her Broadway debut as Glinda in Wicked joining the production in 2005. She would return to the Great White Way in 2009, starring in 9 to 5 as Doralee Rhodes. Hilty was last on the Broadway stage Noises Off as Brooke Ashton, in a performance that earned her a Tony nomination for Best Featured Actress in a Play.

In addition to her stage career, Hilty is known for her work in screen including her performance as Ivy Lynn in Smash, Patsy Cline in Patsy & Loretta, and more.

The Seth Concert Series is hosted by Sirius XM host and Playbill contributor Seth Rudetsky. While normally held in Provincetown, Massachusetts, under the Broadway @ Art House banner, the erformances will be held indoors from the stars’ homes due to the COVID-19 pandemic.

6pm: #BwayforBLM Forum The Miseducation By Broadway Advocacy Coalition. This program centering the experiences of Black students in predominantly white theatre institutions. “The faculty, administration, and curricula of theatre schools place limits on what Blackness is and can be, creating an internal struggle for students’ most authentic selves,” says BAC Founder and President Britton Smith. “We owe our BIPOC students an equitable education framework that understands their uniqueness, and prepares them to participate fully in the theatre industry. We must acknowledge the roots of racism in our educational standards before we reach this goal.”

7:10: Lost In The Stars a virtual reunion of our award-winning 1988 production of Kurt Weill’s musical tragedy — his final complete score.
Join director Alex Dmitriev, York’s James Morgan, theater historian Charles Wright, and cast members April Armstrong, Lothair Eaton, Connie Fredericks, Lee Lobenhofer, and Ken Prymus, with musical accompaniment by Nancy Ford for an evening of fond memories. A Zoom link will be sent out one hour prior to the panel start.

7:30: Works & Process at the GuggenheimAnnounces WPA Virtual Commissions “This Moment” by Stefanie Batten Bland“‘This Moment’ is an ongoing work and process between choreographic artist Stefanie Batten Bland and installation artist Conrad Quesen. Filmed respecting COVID distancing, the transparent use of PVC interrogates questions surrounding the definitions of safe space, indoor/outdoor, and the weight relationships of oppression.”

7:30pm: Donizetti’s Lucia di Lammermoor Starring Natalie Dessay, Joseph Calleja, Ludovic Tézier, and Kwangchul Youn, conducted by Patrick Summers. From March 19, 2011. The title role of Donizetti’s chilling tragedy based on Sir Walter Scott has become an icon in opera and beyond, an archetype of the constrained woman asserting herself in society. The insanity that overtakes and destroys Lucia, depicted in opera’s most celebrated mad scene, has especially captured the public imagination. Donizetti’s handling of this fragile woman’s state of mind remains seductively beautiful, thoroughly compelling, and deeply disturbing, but the score as a whole brilliantly displays the composer’s mastery of bel canto vocal writing.

8:30: Sunset 1919 By Lookingglass Theatre Company who launches its Chicago Stories initiative with the short film premiere of Sunset 1919.

Sunset 1919 commemorates the start of the 1919 Chicago race riots by creating art to honor the fallen. The start of the 1919 Chicago race riots was incited by the tragic murder of Eugene Williams, a Black teenager stoned to death after drifting into a “whites only” section of Lake Michigan while swimming with friends. Sunset 1919 is meant to peacefully honor the lives of Black humans impacted by the deadly racial attacks that swept the nation that summer, the roots of which stretch back across centuries, and the fruits of which we continue to pluck—a moment in an unbroken line.

The Chicago Stories initiative will feature COVID-considerate events/expressions that plumb the depth of Chicago’s history and people, while inventing new Chicago traditions to carry us forward…together.

9:15am: The Muny’s 2020 Summer Variety Hour Live!clips from Muny productions of the past seven seasons, including The Little Mermaid, Oklahoma!, South Pacific, Jersey Boys, Spamalot, Aida, Singin’ in the Rain, All Shook Up, The Wiz, Newsies, The Music Man, Annie, Rodgers + Hammerstein’s Cinderella, The Unsinkable Molly Brown, and Paint Your Wagon.

Stephen SorokoffJuly 25, 2022
Read More
Scroll for more
Tap
What To Watch July 26th To Take Away The Blues
Don’t Throw It Away: Personal and Community Archives and Century of Story and Song at The Town Hall