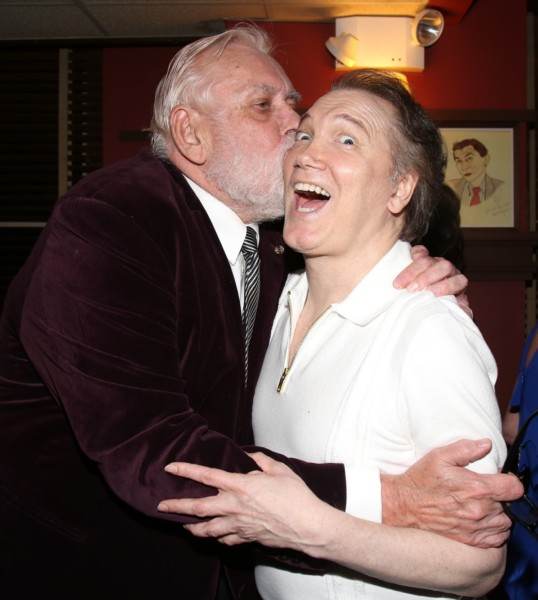 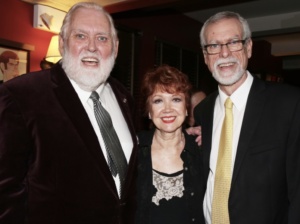 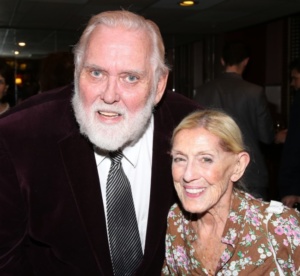 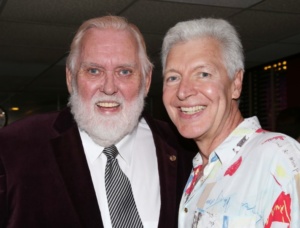 Three-time Academy Award nominee Piper Laurie directs Zero Hour, which is set at Zero Mostel’s West 28th Street painting studio where a naive reporter attempts to interview the famously volatile actor, prompting an explosion of memory, humor, outrage, and juicy backstage lore. It is July 1977 and the actor is giving his final interview before leaving for the pre-Broadway tryout of The Merchant in Philadelphia. Mostel only played one performance as Shylock before his sudden death at the age of 62. 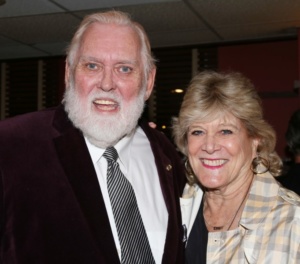 Zero Hour traces Mostel’s early days growing up on the Lower East Side as the son of Orthodox Jewish immigrant parents, through his rise as a stand-up comedian, from the Borscht Belt to Manhattan’s most exclusive supper clubs, and from the devastation of the blacklist to his greatest Broadway triumphs, most notably as Tevye in Fiddler on the Roof and working through his love-hate relationship with Jerome Robbins. 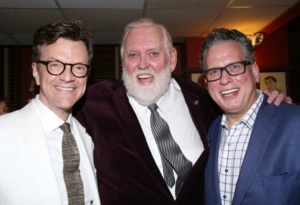 “The rumors of Zero Mostel’s death have apparently been greatly exaggerated. Jim Brochu recalls his subject so uncannily in looks, voice and anarchic spirit that one immediately wants to see him in revivals of “Forum” and “Fiddler.” Thirty-two years after Mostel’s untimely death, it’s a pleasure to have him back on the boards.”   – New York Post 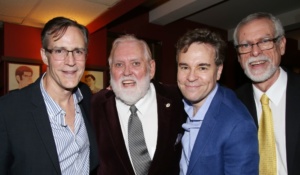 Brochu has said, “Zero had a great influence on my life and I was fortunate to get to know him when I was first starting out. His life was filled with great laughter, great drama and great life lessons for all of us. Few people in show business had more obstacles to overcome than Zero Mostel. He was disowned by his own parents, by his profession and even by his own country.” 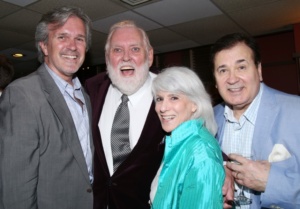 With his partner, composer Steve Schalchlin, Jim Brochu penned the award-winning Off-Broadway musicals The Last Session and The Big Voice: God or Merman? In addition to his theatrical work, Brochu’s acting credits also include appearances on “All My Children,” “Mary Hartman, Mary Hartman,” “Cheers,” “Wings,” and “Bram and Alice.”

Piper Laurie has appeared on stage in Mornings at Seven (Lincoln Center Theatre), as Laura in The Glass Menagerie with Maureen Stapleton; Larry Kramer’s The Destiny of Me; Molly Kazan’s Rosemary and the Alligators; William Luce’s one-person play, The Last Flapper about as Zelda Fitzgerald; Twelfth Night, Macbeth and The Cherry Orchard, among many others. She received Oscar nominations for The Hustler opposite Paul Newman as well as the fanatical mother in Carrie, and Mrs. Norman in Children of a Lesser God. She was nominated for an Emmy for the original live TV broadcast of Days of Wine & Roses, directed by John Frankenheimer and won the Emmy for “Promise” and the Golden Globe for her work on “Twin Peaks.” She has starred in over 60 films, including Tim opposite Mel Gibson and Truman Capote’s The Grass Harp. Piper wrote and directed her first film, Property and recently filmed Hesher with Natalie Portman and Joseph Gordon-Levitt.

Zero Hour is presented by The Peccadillo Theater Company in association with Kurt Peterson and Edmund Gaynes.

Performances are Thursday, Friday, and Saturday evenings at 7:30PM, with matinees Sunday at 3PM, at Theatre at Saint Clement’s, 423 West 46th Street (between Ninth & Tenth Avenues) Tickets are $49 and are available through thepeccadillo.com or by phone toll free at 866/811-4111. To purchase tickets in person, the Box Office will be open one hour before performances only.

Suzanna BowlingJune 6, 2021
Read More
Scroll for more
Tap
Invincible: The Exciting Secrets of the Neighbors
Attack of the Elvis Impersonators Just A Hounddog