A Virtual Conversation: With Renee Taylor 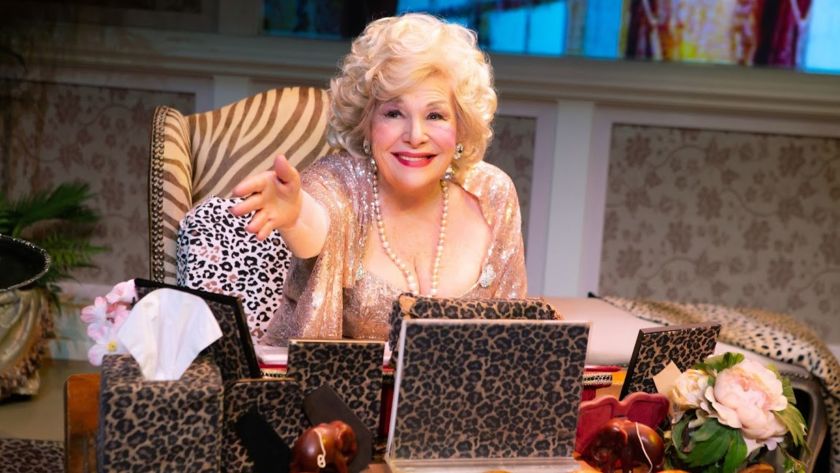 A Virtual Conversation: With Renee Taylor

Join us for a special virtual conversation with Renee Taylor on Wednesday May 27th, sponsored by Lambs Pat Addiss and Magda Katz. Hosted by Foster Hirsch.

Renée has spent the last year touring the country with her acclaimed autobiographical comedy My Life On a Diet, which earned the United Solo Special Award for Outstanding Solo Show, as well as Lucille Lortel, Outer Critics Circle and Off-Broadway Alliance Award nominations for its sold out engagement Off-Broadway in 2018. My Life On a Diet is one of 22 plays, four films, and nine TV movies and series that she and Joseph Bologna created together.

Known for her Emmy nominated role of Sylvia Fine in The Nanny. Renée’s other notable TV acting credits include Daddy Dearest and the groundbreaking HBO sitcom Dream On (she had the distinction of appearing on these three television shows simultaneously).  More recently she has had recurring roles in How I Met Your Mother, Bob’s Burgers, and Happily Divorced, and can currently be seen on Amazon’s Gown and Out in Beverly Hills.

For film, they received an Academy Award nomination for the 1970 film adaptation of Lovers and Other Strangers. The following year, they co-wrote and co-starred in Made for Each Other (Writers Guild of America Award nomination for Best Comedy). Renée and Joe co-directed, co-wrote, and co-starred in the 1989 film adaptation of It Had to Be You, and the 1996 film Love Is All There Is (which introduced a young Angelina Jolie). For television, the couple won Emmy Awards in 1973 for writing Acts of Love and Other Comedies, and were nominated once again the following year for writing the TV movie Paradise. They co-directed, co-wrote, and co-starred in the 1984 HBO movie Bedrooms (Writers Guild Award). Renée’s stage credits include William Gibson’s Dinny and the Witches at the Cherry Lane Theatre; Elaine May’s 1964 improvisational revue The Third Ear; Luv (directed by Mike Nichols); Agatha Sue, I Love You(directed by George Abbott); and Nora and Delia Ephron’s Love, Loss, and What I Wore.

Her many film credits also include: Jerry Lewis’ The Errand Boy, Mel Brooks’ The Producers, Elaine May’s A New Leaf, Neil Simon’s Last of the Red Hot Lovers, Lovesick, White Palace, Life During Wartime, Tyler Perry’s Temptation: Confessions of a Marriage Counselor, and more recently, The Do-Over and How To Be a Latin Lover.

Please note: all will be on mute when joining the meeting.
Q&A to be held at the end of the interview