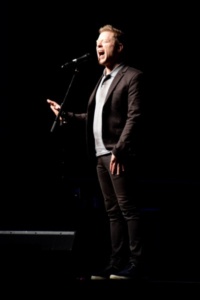 Anthony Rapp was Tony Award-nominated for Rent and most recently starred in If/Then. Rapp also created BroadwayCon along with event organizers Melissa Anelli and Stephanie Dornhelm. The inaugural event arrive in New York City last year in the dead of winter. 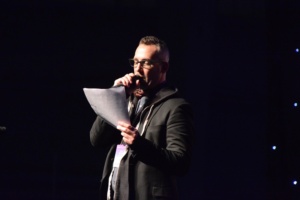 BroadwayCon began when he met Rent fan Anelli outside the stage door, she was 16. He started communicating with her and a bunch of other people, who were also active on AOL Rent chat boards. Rapp was 24 at the time I would talk to his fans and get to know them. The two went on to write the New York Times best-selling book “Harry, A History: The True Story of a Boy Wizard, His Fans, and Life Inside the Harry Potter Phenomenon.”

The team conceived BroadwayCon as a three-day event that would give fans an all-access experience with performers, musicians, dancers, choreographers, writers, designers and more. “We want this to be a way that theatre artists could directly interact with fans,” stated Rapp.

This year Rapp entertained at The BroadwayCon Cabaret singing a new Tom Kitt song and “Happiness” from You’re a Good Man Charlie Brown.

You can watch both here.