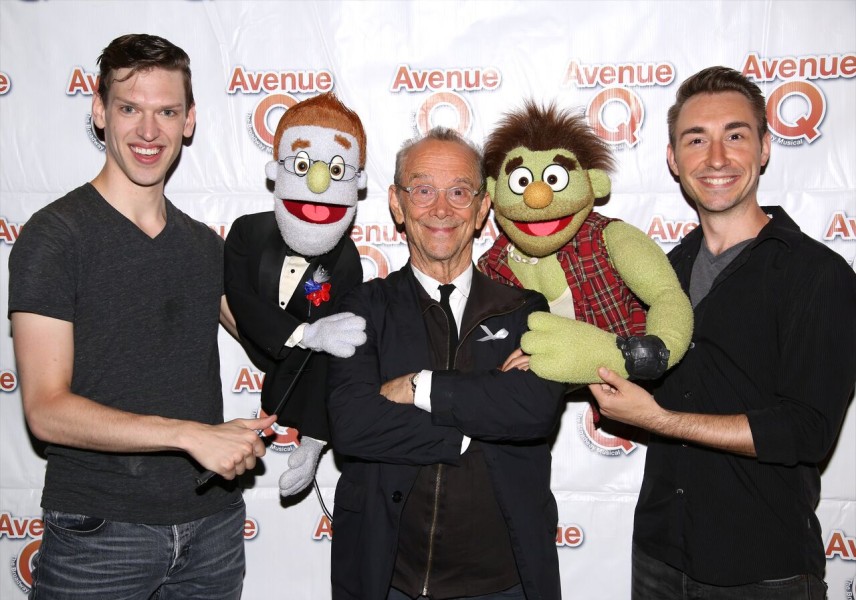 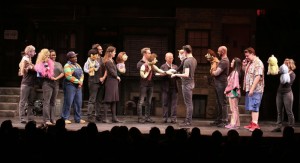 AVENUE Q kicked off pride weekend on Thursday, June 23 with Oscar and Tony award winner Joel Grey officiating the renewal vows of Rod and Ricky onstage after the performance. 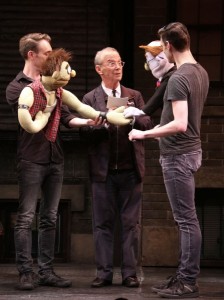 In the musical, Rod, a Wall Street banker, and Ricky, a “Chelsea boy,” meet through an online personal ad placed by Rod’s best friend and slacker roommate Nicky. It was love at first sight.  The couple were one of the first to marry in the state of New York on July 24, 2011. 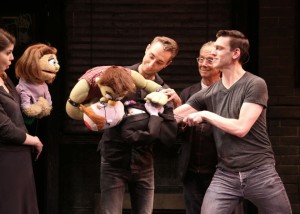 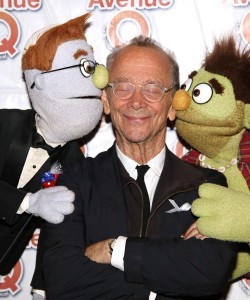 AVENUE Q has music and lyrics by Robert Lopez and Jeff Marx, book by Jeff Whitty, and is directed by Jason Moore with choreography by Ken Roberson. The musical is produced byKevin McCollum, Robyn Goodman, Jeffrey Seller, Vineyard Theatre and The New Group. 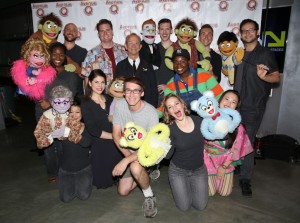 The whole cast with Joel Grey