Bedlam Is Back With Persuasion 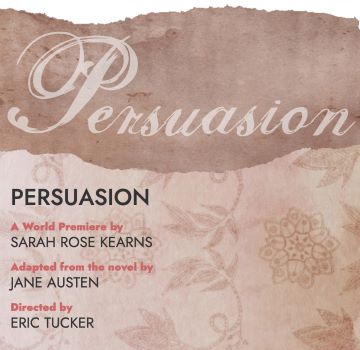 Bedlam Is Back With Persuasion

Complimentary seats will be available to underserved communities at every performance of Persuasion.  561 tickets have been set aside in the first row of the theater to accommodate those who want to see live theatre but have been prevented from attending due to the cost of a ticket.  For full details please visit www.bedlam.org.

Bedlam Artistic Director Eric Tucker said, “We are incredibly excited to be back in live production this Fall. We feel extremely lucky to have come through the pandemic as a company and fortunate to be able to return to the stage with Sarah Rose Kearns’ Persuasion. I’m also happy to announce Bedlam is launching a new pipeline initiatives program to make our shows available to anyone in New York who may have been prevented from attending due to the cost of a ticket, to encourage audience development and community engagement.  I had such a fulfilling time working on Bedlam’s Sense & Sensiblity and look forward to diving back into the world of Jane Austen.  Rose’s adaptation will be very satisfying for Jane Austen fans, while at the same time give them her own spin on the material. Our production is sure to have all the quirky eccentricities of Bedlam’s Sense & Sensiblity, while capturing the much more mature, somber tones of Austen’s final novel.  It’s incredibly funny and romantic and the perfect fare for audiences looking for an escape after the last year and a half.”

In the aftermath of the Napoleonic wars, a shy English spinster seeks to win back the love of the man she jilted eight years before.  Jane Austen’s last and most romantic novel, Persuasion first appeared in print in 1818, and is a meditation on love and loss, and what is constant in a changing world.

Tickets are now on sale for Bedlam’s production of Persuasion at www.bedlam.org (833-4BEDLAM). Tickets range from $20 – $80, and the playing schedule is as follows: Tuesday through Saturday at 7pm, Saturday and Sunday at 2pm.