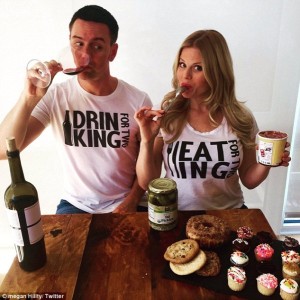 Megan Hitly is eating for two. The 9 to 5, Smash, Wicked and Noises Off  star took to twitter to announced her 2nd pregnancy with husband and singer-songwriter Brian Gallagher. Hilty and Gallagher wed in 2013 and welcomed their fist child, Viola, in 2014.  Hilty is set to perform with the Los Angeles Philharmonic September 27 at Disney Hall. The evening, titled Gershwin and the Jazz Age, also features Brian Stokes Mitchell. 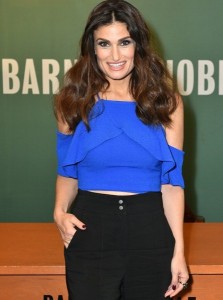 Idina Menzel star of Rent, Wicked, wild Party, If/Then, Aida and of course Frozen announced  she and boyfriend Aaron Lohr are engaged! Menzel and Lohr have kept their relationship pretty private. Menzel, 45, and Lohr, 40, made their first red carpet appearance together at the White House Correspondents’ Association Dinner in Washington, D.C., April 2015. The pair actually costarred in the 2005 film adaptation of the Broadway hit Rent together. Menzel was previously married to actor Taye Diggs, who she also met on the set of Rent. The two met in the ’90s on the set of the Broadway musical and reprised their roles of Maureen and Benny in the 2005 movie adaptation. They have one son together, Walker Nathaniel, announced their separation in December 2013 after Diggs repeatedly cheated on the talented star. Their divorce was finalized roughly a year later. 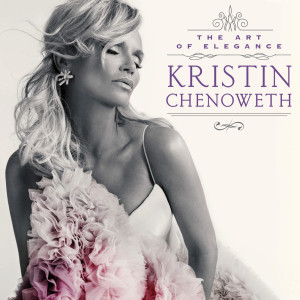 The same day a new recording from Kristin Chenoweth, called the The Art of Elegance was released on the Concord Records label. Chenoweth is returning to Broadway in November with her solo concert to the Lunt-Fontanne Theatre. Chenoweth, is a Tony winner for her performance as Sally Brown in You’re a Good Man, Charlie Brown and was last on Broadway in the revival of On the Twentieth Century. 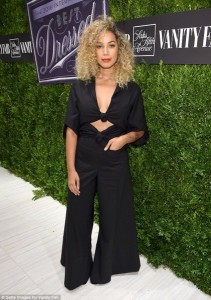 Leona Lewis who is set to leave Kitty Box, in June was dropped from her label Island Records. On Wednesday the was at Vanity Fair’s International Best Dressed List Celebration at Saks Fifth Avenue in New York City. 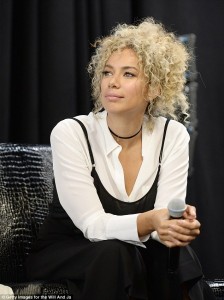 Earlier in the day the London-born stunner attended the launch of Careers In Entertainment (CIE) at the Brooklyn Expo Center, an initiative of the Will and Jada Smith Family Foundation that is meant to inspire youth from local schools to pursue careers in entertainment.