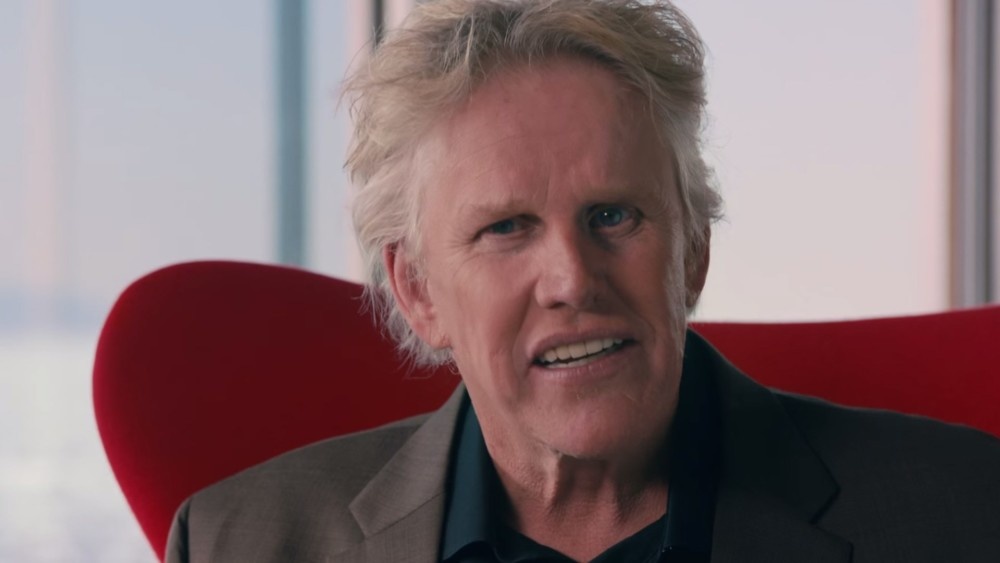 God is in the details. Producer Jesse Murphy of Jesse|James Films is pleased to announce casting for the world premiere of Only Human, a new pop-rock musical starring Academy Award and Golden Globe-nominated and BAFTA Award-winning actor Gary Busey as God. Rehearsals begin Tuesday, September 10, in New York City.

Only Human begins previews on October 8, 2019 and opens October 21, 2019 at Theatre at St. Clements (423 West 46th Street). The production will play a limited engagement through January 5, 2020 only. Visit the show’s official website at onlyhumanmusical.com to purchase tickets or for more information.

Only Human features a book by Jess Carson, and music and lyrics by Mike Squillante, based on a story by Jesse Murphy and Mike Squillante. The production is choreographed by Josue Jasmin and directed by NJ Agwuna. Orchestrations, arrangements and musical direction is by Adrià Barbosa. Only Human was developed last year with a workshop at Oklahoma City University.

Before they were enemies, they were co-workers. Jesus and Lucifer never saw eye-to-eye, but when an extreme case of creative differences gets the best of them, all hell breaks loose…literally. A hilarious new musical of biblical proportions, Only Human shakes up heaven with kick-ass pop rock tunes and corporate attire.

Tracks from the Only Human “Composer Cuts” EP are available on Spotify and Apple Music.

Gary Busey (The Boss). In 1966, Gary Busey left Tulsa OK, to make it big as a singing drummer in Hollywood. The band acquired moderate success playing gigs along the Sunset Strip opening for Sly and the Family Stone and various other bands. His band, Carp, was signed to Epic Records and was given a signing bonus to cut their album. When the band broke up, Gary didn’t give up and went on to audition for television and film roles after studying with James Best in Studio City. Gary’s tenacity landed him roles as guest stars in such television shows as “Gunsmoke” and “Baretta.” Gary’s standout performance in A Star Is Born got the attention of Dustin Hoffman, who hired him along with his son Jake for the film Straight Time. Gary landed the second lead in Big Wednesday, now a cult classic surf film, and immediately after, landed the lead role in The Buddy Holly Story, which garnered him critical acclaim and an Academy Award nomination for Best Actor in 1978. His pivotal performance as a villain in Lethal Weapon earned him the attention of a new generation, and the concept of being hired to play villains. In December 1988, he almost died from a near fatal motorcycle accident which left him comatose for three months. After regaining consciousness, and with the help of his family, he re-learned how to eat, walk and talk. Immediately after his recovery he began working again, with his first film being the cult classic Point Break, a testament to his tenacity, passion, and love of his craft. After his head injury, he met at the White House with Bill Clinton, with whom he helped create language for the “Traumatic Brain Injury Act.” This significant act was instrumental in passing the Helmet Law in California. Gary has appeared in over 150 films spanning four decades, including Under Siege, The Firm, and Entourage. In 2012 after his son Luke was afflicted with Kawasaki Disease, he started the “Busey Foundation For Children’s Kawasaki Disease” to raise awareness of this rare and dangerous ailment, with the goal of helping families in need. His memoir, Buseyisms: Gary Busey’s Basic Instructions Before Leaving Earth, was published last year by St. Martin’s Press.

Mike Squillante (Lou, Music/Lyrics) is the lead singer and guitarist of the pop band Running Lights. After teaching himself guitar, bass, piano, and drums at an early age, he attended Boston’s famed Berklee College of Music, graduating with a BA in Songwriting. Post-Berklee, Mike released a series of cover videos through what became a thriving YouTube channel of over 26,000 subscribers and 3.7 million total views. He also performed regularly around New York City as a frontman and as a sideman for other artists. During this time, Mike began developing Only Human alongside childhood friend Jesse Murphy, the pair bonding over their mutual love of musical theatre. His experience onstage led to several high-profile touring gigs with major label artists such as Melanie Martinez (Atlantic), Marc Scibilia (Epic), and Grace Weber (Capitol). He also produced several records, working almost exclusively with Owen Danoff (NBC’s “The Voice”) between tour dates. After a few road-worn years Mike decided to redirect his passion towards his own creative endeavors. In summer 2015, he formed Running Lights, eventually signing a deal in 2018 with LA-based hit-making powerhouse IDAP Music, home to multi-platinum producer/songwriter William Wiik Larsen (Nico and Vinz “Am I Wrong,” Kygo “Stay,” Florida Georgia Line “H.O.L.Y.”). In 2019, the group celebrated the release of their first single “Speechless” with a near-sellout of NYC’s Gramercy Theatre.