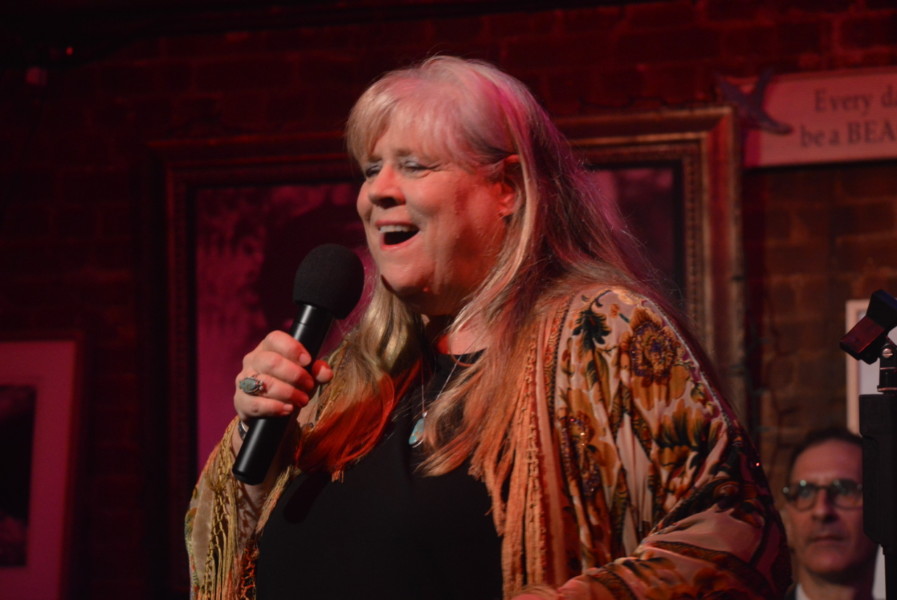 Heather Mac Rae Use Your Imagination

Heather Mac Rae Use Your Imagination 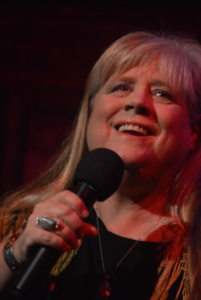 This weeks chapter of Mark Nadler’s series at the The Beach Cafe, Cole And Slaw presented Heather MacRae in Use Your Imagination with maestro Mark Nadler at the piano.  The show was “Slaw” with a sprinkling of Cole thrown in. 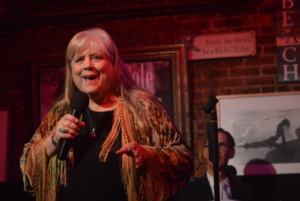 Mac Rae has had a career in the theatre appearing on Broadway in the original Hair as Sheila, Falsetto’s and most recently A Catered Affair. Most recently she took a star turn in the Transport Theatre Company’s production of Come Back Little Sheba. She appeared in several movies including Woody Allen’s “Everything You Wanted To Know About Sex …….” as well as numerous TV appearances. 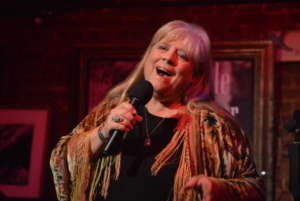 Growing up in Hollywood with two brothers and one sister, she is the daughter of movie legend Gordon Mac Rae and singer Sheila Mac Rae. Gordon was known mostly for musical motion pictures such as              Oklahoma and Carousel. 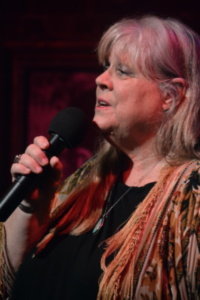 Celebrating her 50th year in show business, Heather takes us through her life of her show biz career and reminisces about growing up the daughter a movie star. 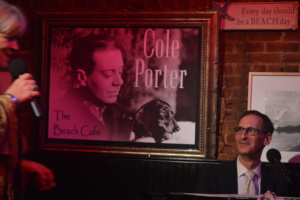 Her opening number was the wistful Cole Porter tune “Use Your Imagination” from Out of this World. Setting up her connection with the audience Heather, transitioned into “My Romance” and ended with “Up On the Roof.” From that moment, the audience savored every note that came from her and her stories of growing up. 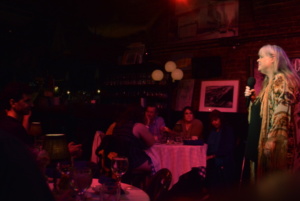 Singing “Lost In the Stars”, one of her dad’s favorites songs, which he sang in his club dates, allowed us to see all the nuances of the lyric.

Growing up in Hollywood, she spent a great deal of time on the beach. Back at the beach again, “Under the Boardwalk” allowed the audience to join in.

Going in another direction, Amanda McBroom’s “It’s Gonna Be One of Those Days” was a powerful break.

While working with Woody Allen, Heather use to drive him all over the place, as he didn’t drive. Through him she met one of her many idols Paul Simon. In tribute she sang his “American Tune” into “America”.

Driving and cruising in the midwest on movie sites, Amanda McBroom wrote the perfect song “Reynosa”, which had us cruising with her in the car. Her version of Porter’s “Down in the Depths” paired with “Begin the Beguine” were another two smatterings of Porter. Sung as if they were monologues allowed for an absolutely beautiful revealing of a lost love affair. Then onto a happier and hopeful  “I Wish I Were in Love Again”.

Gordon and Sheila Mac Rae, moved the whole family to Arizona while filming Oklahoma. As she never met Hart, she did get to meet her idol Richard Rodgers. Heather told us that her dad’s hair was straight and since he was playing Curly, he needed to have curly hair.  The permanent did not work, so every night her mom had to put pin curls in his hair to make it curly. As Heather recalled her dad putting her on the horse,  her favorite thing was when he let her ride with him in the surrey. Singing “The Surrey With the Fringe On Top” Heather went into the most beautiful whisper.

In 1972 in Los Angeles Mac Rae was cast as Mary Magdelene in Jesus Christ Superstar, which was performed at the newly built Los Angeles Amphitheater.  At the time it did not have a cover on it. The best part of this journey was meeting her idol Joni Mitchell.

Moving to New York she was cast as the replacement to Diane Keaton as Sheila in the original production of Hair and sang a breathtaking “Easy to be Hard”.

Mac Rae closed the show with a third Amanda McBroom song “Hope Floats”.  McBroom is a friend of hers and she had appeared in McBroom’s Heartbeats in Los Angeles. 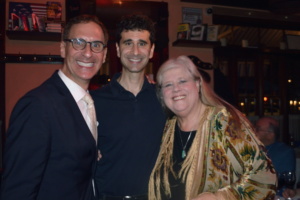 Heather Mac Rae took us through a journey of growing up Hollywood. We followed her as a child, to becoming a performer and taking us through her life. Watching the audience while she was performing was magic in itself. She managed to hypnotize the entire room.  They were connected to her every word and every eye was locked onto her. I have never seen that before. Amazing!!!! Her partner in crime, Mark Nadler, was brilliant!  They have worked together many times before and it is a perfect marriage.