Ian Schrager Is Back 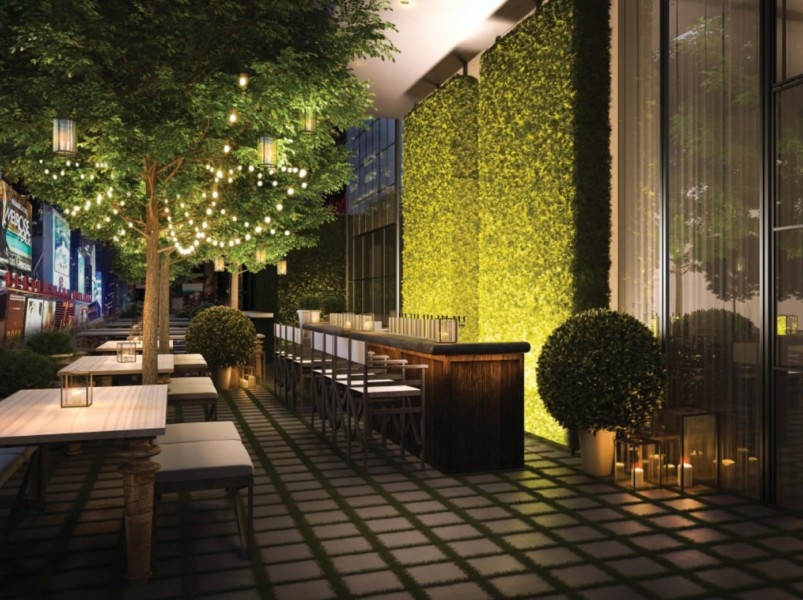 Ian Schrager Is Back

Ian Schrager, best known for being the co-creator of the legendary Studio 54 opens The Times Square Edition Hotel on Tuesday. The 43-story hotel tower located at 701 Seventh Ave., was conceived by the hotel developer, Marriott International and Maefield Development. This showcase is expected to be an A-list celeb magnet.

The space will have a 5,000 square-foot cabaret space which can be seen via a giant 24 million pixel, 18,000 LED billboard screen display around the base of the building. It opens up next month, on the seventh floor. The cabaret seats 120, with an additional 20 at the bar and 40 on the terrace, along with two private rooms that seat 30 people each and a “pre-function” area that holds 60 people for cocktails or 19 for a seated dinner. Expect top artists to play here, as well as stay in the penthouse suite, that boosts a private roof terrace overlooking Times Square.

The ninth-floor Terrace Restaurant and Outdoor Gardens, is 14,000-square-foot indoor/outdoor space and will include an all-day American brasserie, run by Michelin-starred chef John Fraser.

The main dining room seats 85 people with another 30 at the bar. There’s also an outdoor restaurant bar with 65 seats and 54 more in additional terrace seating. The outdoor area is tempered by “fantasy” plants and light fixtures that create a shelter from outdoor elements to create a year-round experience.

The also a 5,800-square-foot beer garden, seats around 70 people and holds up to 100, and an event deck overlooking Times Square. In addition, there’s a 10th-floor lobby bar and lounge with 50 seats inside, and terrace seating overlooking Times Square. The fine dining restaurant, 701 West, will open next month. It seats 55 people in the main dining area, decorated in a royal shade of blue, and 51 seats in the deep green bar room, along with a terrace that seats 60.

I expect many a Broadway opening and several Tony parties to be held here.

There are 452 hotel rooms have floor to ceiling windows, which open in March.

More than 3000 plants and photographs from venerable New York photographers from the 1930s through the 1990s make this a place to visit.

Stephen SorokoffJuly 25, 2022
Read More
Scroll for more
Tap
Lena Hall Wow’d at the Sheen Center
Betsy Wolfe Starts Her Cabaret Debut With All Bets Are Off