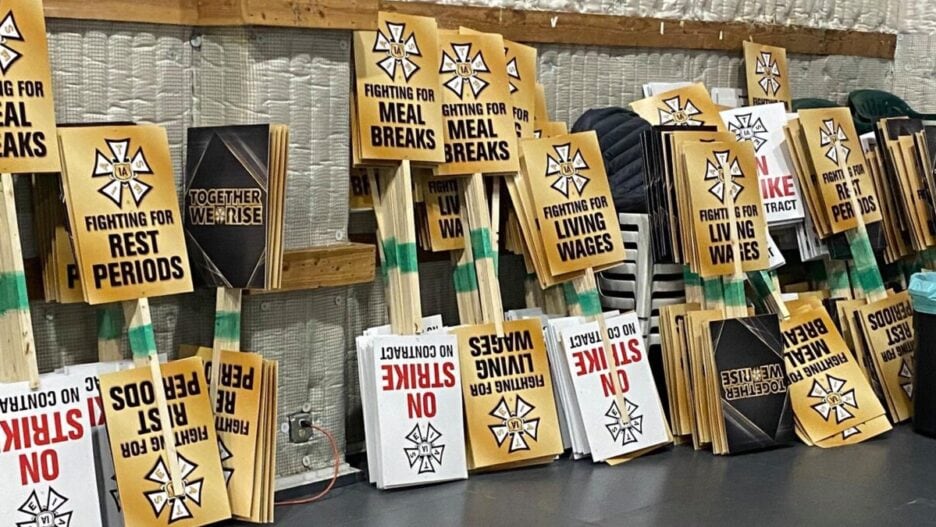 There is a very real possibility that Hollywood unions, IATSE, will go on strike. This would halt almost all film and television production across the entire United States. This is a historic move, and frankly a necessary one.

This morning, IATSE president Matthew D. Loeb took to his Twitter account to announce that 60,000 members of the trade union will begin striking on Monday should talks continue to stall with the Alliance of Motion Picture and Television Producers.

Many of you are probably annoyed that you’ve cut the cable cord, only to now be paying basically the same amount for a multitude of streaming services. We however are more than annoyed that these streaming services, which nearly everyone has, and which are owned by some of the richest corporations on the planet, are pretending that it’s still an unknown business model that they don’t know if they can make money from.

They want to pay us less to work on streaming shows than for shows that air on TV.

They want to work us longer hours, and shorter weekends.

They want to contribute less to our pension and health plans for streaming movies than they do for films that have a traditional theatrical release.

On top of all that, AppleTV+ is asking for a discount on our rates because they have less subscribers than the others, even though Ted Lasso just won all the Emmys a couple of nights ago.

This situation has reached a breaking point. The studios have decided to no longer negotiate, and therefore, our leadership has decided to call for a strike authorization vote. It’s possible that this vote could lead to the producers offering us a fair contract to avoid a strike. Or it’s possible that we will have to strike for what we need.I hope that you’ll stand with us in this fight.In Solidarity…#IASolidarity