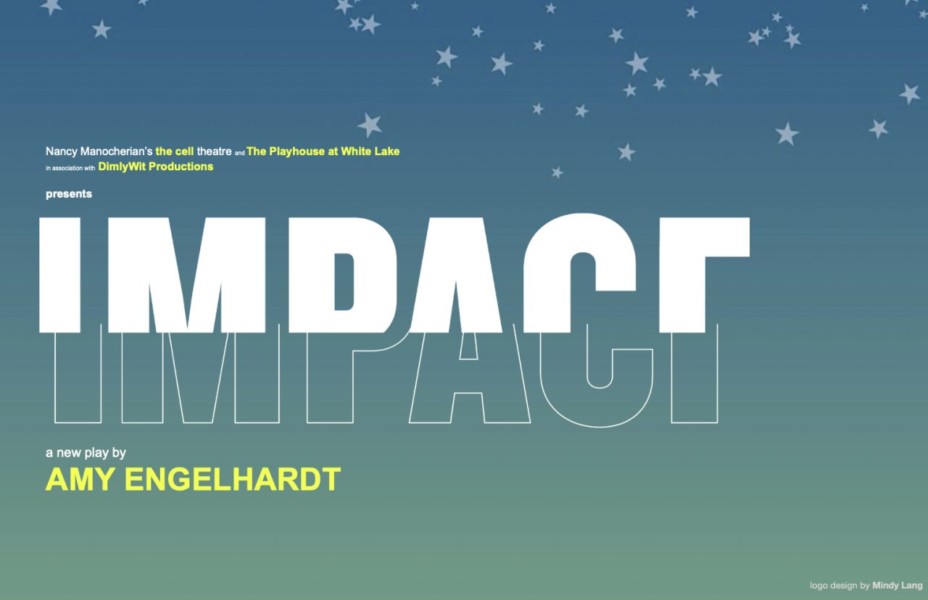 Impact is a virtual show that was written and acted in a solo performance by Amy Engelhardt. The play is about her life; the catastrophe of Pan Am flight 103 that exploded over Lockerbie, Scotland due to terrorism by Libyan Nationals. In what Engelhardt describes as “Follow Signs”… where and how her life moves, she talks about music moving her during difficult times. A former alumnus of Syracuse University, she was able to know her fellow students by name in the theater department. Her senior year she decided to focus more on music than acting. At The Cell Theater and produced by The Playhouse at White Lake, the play at times is very moving; at other times it can be both slow and more about Engelhardt’s corniness than the main issues that she is trying to portray.

As far as cinematography is concerned we get a deep feel as to what she is going through at times. Very clear and concise we are able to capture the expressions as if we were sitting in the front row. In this virtual age this play had the feel that we were in the audience. The lighting, however, was difficult at times, from darkness to brightness at times it was uneven throughout the 1:30 minutes of this play. The play is set in a restaurant, to give the appearance that we are being invited into a place to hear her speak of the intimacies of her life; from being in The Bobs, her struggles to find work and eventually landing with “Good Omens” From 1988 thru 2020 much changed in the world and Engelhardt is deft in the way that she points it out. The world has indeed become closer and at the same time has become more dangerous. She gives us both sides of the world… the good in Josephine Donaldson, Colin Durance, Rene, Kim, Nicole Boulanger and Miriam Wolf. Lockerbie would consume Engelhardt for much of the thirty years, she would write songs about this bleak day that took five students from Syracuse University who were studying in England (a program that she too took in England). She is open about her reservations about going to Lockerbie, she wants to see where this horrific accident happened and yet she is scarred too.

Engelhardt goes to great depths in showing us what it meant to go Lockerbie, how nice the Scottish are, how helpful and respectful they were to each and every dead passenger; the victims pain was their pain too. In the end she is able to coop better with this catastrophe and so are the other who went with her on this trip. The heeling process is not easy but she makes sure that it never ends.