How does one write a review of a Picasso, Mozart or Johnny Mathis? I can only write a fan letter about Johnny Mathis’s performance at NJPAC in Newark, NJ last Friday night. As Mathis walked onto the stage the audience gave him a standing ovation. We all knew we were about to  witness an iconic artist at the top of his game and he did not disappoint. His glorious tenor voice was as good as ever. 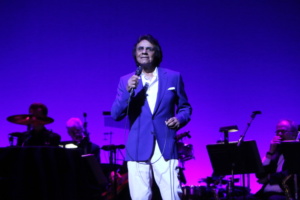 Mathis seduced the audience with his romantic Henry Mancini medley consisting of  Moon River, Charades and Days of Wine and Roses. Then he sang his super hits; Wonderful, Wonderful, Chances Are and It’s Not For Me to Say. The audience jumped to their feet and screamed with excitement. 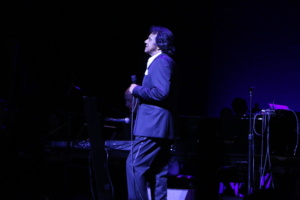 I will go out on a limb and say that Mathis’s silken voice was responsible for many of the love affairs of the couples in the audience. His unique singing style is very hard to put into words it has to be experienced. 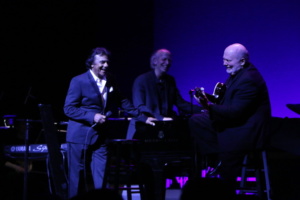 I grew up with Mathis’s music and as I was listening to the familiar voice and music, wonderful  memories of my  teenage years  flooded into my brain. 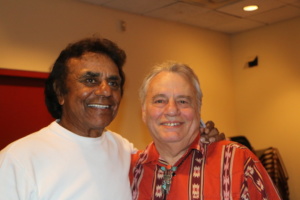 Mathis was joined on stage by guitarist Gil Reigers for several numbers. For the second half of the first act comedian/guitarist Gary Mule Deer took the stage as Mathis took a break. Mule Deer looks and sounds  like country western singer Johnny Cash. He had the audience roaring with laughter, as he played the guitar to accentuate his  jokes. 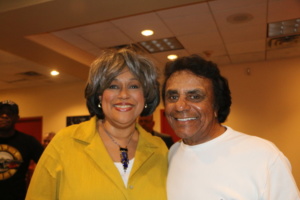 Backstage Mathis greeted Eddie Brigati (The Rascals) with a bear hug and TV personality Denise Richardson with a warm embrace. I was thrilled to be in his presence. 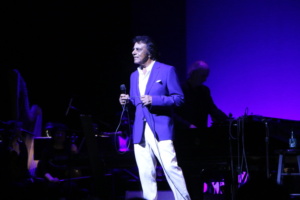