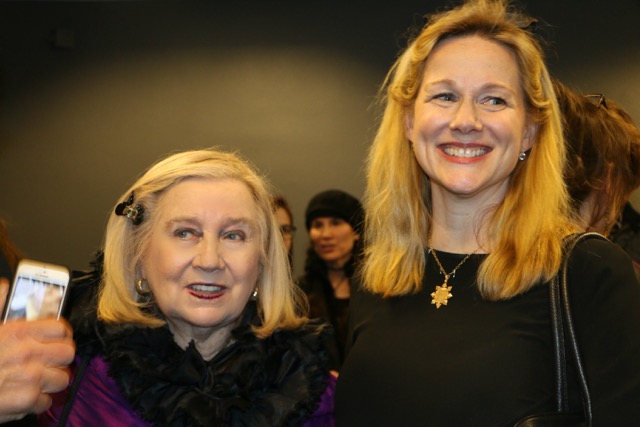 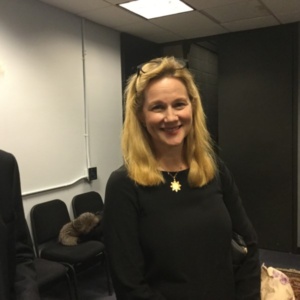 “Cast the net wide and never say no.” Laura Linney 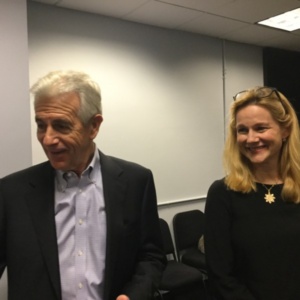 The League of Professional Theatre Women, presented three-time Academy and Tony Award nominee, four-time Emmy winner, and two-time Golden Globe winner, Laura Linney as she sat down with friend and fellow Brown alumni James Naughton to open up about her life in the theatre, as well as her film and television work. Thanks to Pat Addiss, Betty Corwin and Sophia Romma who produced the event at the Bruno Walter Auditorium of the New York Public Library for the Performing Arts, the effervescent Linney candidly held the room in rapt attention for an hour. 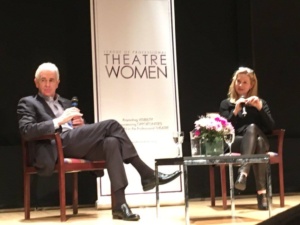 Ms. Linney takes her craft seriously. Wearing a gold sunburst pendant, the only color in her chic all black ensemble, we come to learn it was her grandmother’s elocution medal. Her grandmother wanted to be an actress “but she was not encouraged or allowed,” states the luminescent Linney. Her father, the playwright Romulus Linney, brought her to rehearsals but she fought being an actress for a long time. “I felt I had to earn it.” Starting off in Summer Stock, Linney ended up at Brown studying Theatre History. She transferred to Juilliard, to round off her training. Ms. Linney does not take her craft lightly, nor does she take it for granted. “I knew instinctively that I needed to train.” Ms. Linney, wanted a career that lasted, having watched actress who worked for her father slowly vanish. Linney considers going to Juilliard, as her biggest break. “It’s a tough school, but it for me it was like water in the desert. I miss my time at Juilliard.” She misses it so much that she is a mentor to the 4th years students, giving back what she received. She takes them all out on a one on one luncheon to allow them to ask questions. 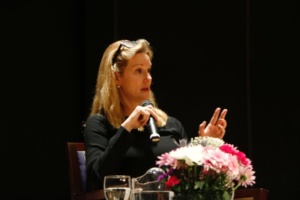 This is an actress who believes in being prepared, for it cures her self doubt. Her lessons in acting are lessons we can all use in life. When working with Kevin Kline who mentored her on her first Clint Eastwood film, she learned that “Film acting is all about relaxation. I learned how to simmer, to save my energy. I learned how to surrender.” 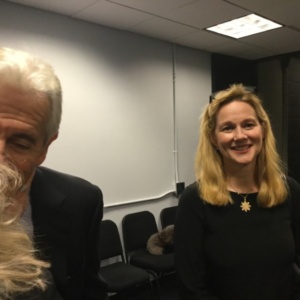 At 53, Linney, is in a word adorable, much lighter than the roles she takes on such as The Crucible, Time Stands Still, Sight Unseen, John Adams, The Truman Show, You Can Count On Me, Sully and The Big C, to name a few. 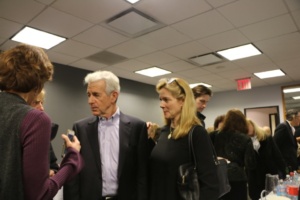 Giving birth to her son Bennett right before she turned 5o Linney blushingly explained how “when you don;t think it is going to happen to you the gratitude is so enormous.” Linney advises to younger actress to “freeze your eggs.” 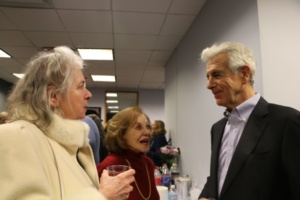 For someone so in touch with life and who is beautiful deep down where it counts Ms. Linney doesn’t like having her picture taken. In order to stay in the industry she connects with the person behind the camera.”They humanize it for me.” 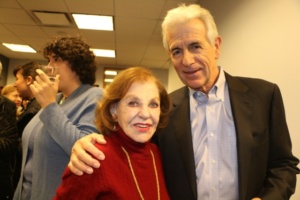 It became emotional when talking about The Big C. Naughton’s wife died of pancreatic cancer in 2013. Linney’s mother was a nurse at Sloan Kettering Cancer Center here in New York. Linney learned just how important and special her mother was when composer Richard Rodgers a patient hugged her in a way that made an impression. Linney’s father also died of cancer during the filming of The Big C, making the work even more personal. 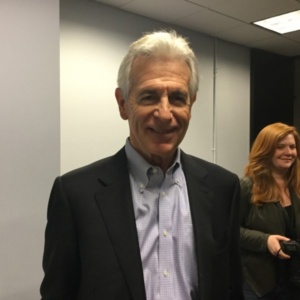 By the end of the talk, you not only felt like maybe you knew this actress but she was inspiring to all who were lucky enough to attend. 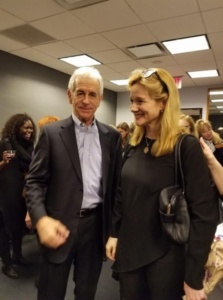 Laura Linney opens in Manhattan Theatre Club Production of Lillian Hellman’s The Little Foxes, April 19. She co-star with Cynthia Nixon and the two will alternate the roles of Regina and Birdie. 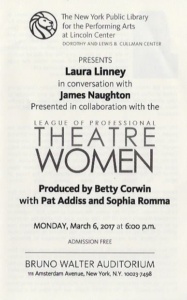 The next conversation will be held June 5th. 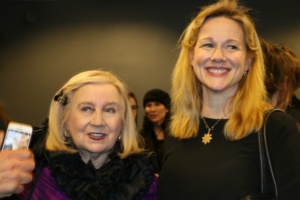