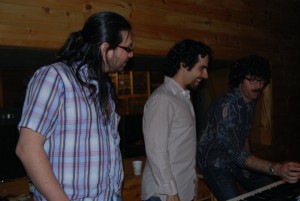 Jaime Lozano is a rising musical theatre writer, considered by Lin-Manuel Miranda as the “next big thing” on Broadway. An accomplished musician, vocal coach, composer, arranger, orchestrator, musical producer and musical director, Jaime has staged in Mexico well-known musicals such as Into The Woods, Jesus Christ Superstar, The Fantasticks, Jekyll & Hyde The Musical. Jaime adapted, produced and directed the Spanish world premiere of Jason Robert Brown’s The Last Five Years and Songs for a New World. 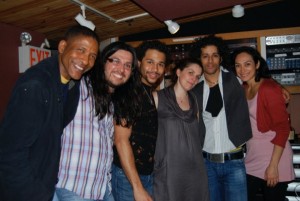 As an arranger, Jaime has worked with the cast of Broadway’s In the Heights and with Tony and Grammy award-winner Alex Lacamoire on the Christmas recording Carols for a Cure in 2010. Jaime is also the arranger, orchestrator and music director for the album from the non-profit organization R.Evolución Latina “Dare to Go Beyond”, featuring various prominent Broadway performers including High School Musical’s star Corbin Bleu. Jaime is co-orchestrator with Alex Lacamoire of the Cuban musical Carmen La Cubana, based on the opera Carmen by Bizet, which had a world premiere in Paris, France at the Théâtre du Châtelet in April, 2016.

Jaime has authored/composed and co-wrote The Yellow Brick Road (music and lyrics with Tommy Newman, book by Mando Alvarado), which had a critically acclaimed Off-Broadway premiere, followed by a successful national tour; as well as Children of Salt; A New Latin Musical, (book and lyrics by Lauren Epsenhart) soon to make its New York City debut as part of the New York Musical Festival (NYMF) this year. Jaime also co-wrote the one-act musical Lightning Strikes Twice (book and lyrics by Noemi de la Puente) which premiered Off-Broadway at the Puerto Rican Traveling Theatre and had a very succesful run in Venezuela, with the debut of its Spanish adaptation. The Yehuatl (book and lyrics by Sara Cooper), was part of the NYU’s Graduate Musical Theatre Writing Program, and had a reading at the Dramatist Guild, later becoming the first act of the musical Tryptich מיתוסים Mitos . Kamanalis (Myths) had it’s world premiere as well as Tlatelolco. Both had their premiers in Monterrey, Mexico. In film, world he composed the score for the short film Os by Jesús Alarcón.

Jaime’s works have been produced at the Minskoff Theatre, Juilliard, Merkin Concert Hall, Lucille Lortel Theatre, The Duke, Goodspeed, Baruch Performing Arts Center, St. George Theatre, Soho Playhouse, and Town Hall,  as well as many other venues around the country and in Mexico.

Having earned his Bachelor of Fine Arts in Music and Composition from the School of Music at the Universidad Autónoma de Nuevo León, Jamie was the recipient of a full TSOA academic scholarship while earning his Master of Fine Arts in Musical Theatre Writing from New York University’s Tisch School of the Arts. In addition, Jaime is the first Mexican to be accepted, and graduate, from the Graduate Musical Theatre Writing Program. 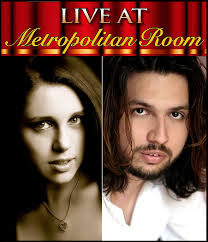 With his wife, Mexican actrees and singer Florencia Cuenca, they created a jazz project called The New Standards, recording an album in 2015 with contemporary musical theatre songs, accompanied by jazz arrangements, were written by Jesus Altamira and Lozano. The project is being performed at prominent venues in New York City, Mexico and Latin America.

As a singing teacher and vocal coach, he has worked with some of the most important musical theatre performers in Latin America and the United States. He teaches workshops and master classes all around the world.

Other professional associations include his affiliation with the non-profit organization R.Evolución Latina, based in New York City, where he functions as an activist, teacher, music arranger and head composer. He is the artistic director and music producer of La Casita Recording Studio, and he serves on the Partnership and Promotion Committee for the NYU Musical Theatre Writer’s Collective. Currently he has been named director of the Universidad Autónoma de Nuevo León Musical Theatre Professional Company, where he developes new musicals.

He’s a proud member of BMI and The Dramatists Guild of America, Inc.