There are so many movies coming out this year, this list only contains September’s releases. On the 1st The Weinstein Company finally unleashed the period romance Tulip Fever, starring Alicia Vikander, Dane DeHaan, and Judi Dench.

The Good Catholic: A young priest’s faith in his calling is challenged when he meets an intriguing young woman. With Zachary Spicer and Danny Glover. Written and directed by Paul Shoulberg.

Gun Shy: The supermodel wife of a spoiled rock star is kidnapped in Chile forcing him to take to the streets to save her. With Antonio Banderas. Directed by Simon West.

Home Again returns with Reese Witherspoon as a woman starting over, who lets three filmmakers crash at her guest house. Candice Bergen and Lake Bell also appear. Written and directed by Hallie Meyers-Shyer.

It: based on the novel by Stephen King. Children in a small Maine town face off with a murderous clown called Pennywise. Written by Chase Palmer & Cary Fukunaga and Gary Dauberman. Directed by Andy Muschietti.

The Limehouse Golem: A Scotland Yard inspector with a checkered past fears he’s being set up after he is assigned a high-profile serial killer case. Bill Nighy, Olivia Cooke, Douglas Booth, Daniel Mays, Eddie Marsan, star. Written by Jane Goldman; based on a novel by Peter Ackroyd. Directed by Juan Carlos Medina.

Man in Red Bandana: Documentary chronicles the story of 9/11 hero and casualty Welles Crowther, whose actions only came to light eight months later because of a modest piece of cloth. Narrated by Gwyneth Paltrow. Written and directed by Matthew Weiss.

9/11: Five people trapped in the north tower of the World Trade Center after the 2001 attacks work together to escape before the structure collapses. With Charlie Sheen, Whoopi Goldberg, Luis Guzman, Gina Garson, Wood Harris, Jacqueline Bisset. Written by Martin Guigui and Steven Golebiowski. Directed by Guigui.

Rememory: A late scientist’s final invention, a machine that can extract, record and play people’s memories, is stolen by a man intent on solving its inventor’s unexplained death. With Peter Dinklage, Julia Ormond, Martin Donovan. Written by Mark Palansky and Michael Vukadinovich. Directed by Palansky.

True to the Game: Tragedy derails a drug kingpin’s attempt to go straight and start over with a young woman from the projects of Philadelphia. With Columbus Short, Erica Peeples, Nelsan Ellis, Vivica A. Fox, Malcolm David Kelley, Draya Michele. Written by Nia Hill, based on the Teri Woods novel. Directed by Preston A. Whitmore II.

American Assassin: A black ops recruit and a Cold War veteran are recruited by the deputy director of the CIA to stop a mystery operative hitting civilian and military targets. With Dylan O’Brien, Michael Keaton, Sanaa Lathan, Shiva Negar, Scott Adkins, Taylor Kitsch. Written by Stephen Schiff and Michael Finch and Edward Zwick & Marshall Herskovitz; based on the novel by Vince Flynn. Directed by Michael Cuesta.

First They Killed My Father: A 5-year-old girl and her family are driven out of Phnom Penh and terrorized by the Khmer Rouge. With Sareum Srey Moch, Phoeung Kompheak, Sveng Socheata. Written by Angelina Jolie, Loung Ung, based on her memoir. Directed by Jolie.

In Search of Fellini: Inspired by the famous director’s films, a small-town Ohio girl travels to Italy to find him. With Ksenio Solo, Maria Bello and Mary Lynn Rajskub. Written by Nancy Cartwright, Peter Kjenaas. Directed by Taron Lexton. 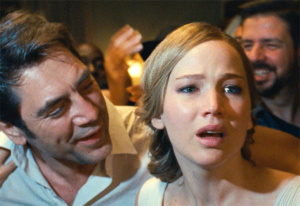 mother!: Jennifer Lawrence, Javier Bardem, Ed Harris and Michelle Pfeiffer star in this psychological thriller where unexpected guests cause turmoil in a couple’s relationship. Written and directed by Darren Aronofsky.

The Show: Thriller with Josh Duhamel.

Til Death Do Us Part: Thriller with Taye Diggs. 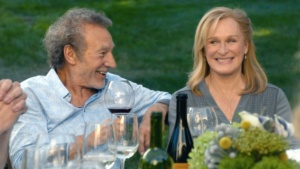 From the Land of the Moon – Oscar-winner Marion Cotillard stars in a post-war melodrama about a married French woman who, sent by her husband to the Alps to find a cure for her kidney stones, falls in love with an injured veteran. Cast: Cotillard, Louis Garrel, Alex Brendumühl. Director: Nicole Garcia. 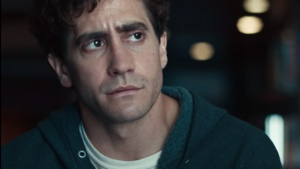 Stronger: Jake Gyllenhaal plays Jeff Bauman, a man severely injured in the 2013 Boston Marathon bombing, who helped identify one of the suspects and battled back against physical and emotional adversity. With Tatiana Maslany, Miranda Richardson, Clancy Brown. Written by John Pollono, based on the book by Jeff Bauman and Bret Witter. Directed by David Gordon Green.

Woodshock: Tormented from within and troubled by the effects of a powerful drug, a young woman loses her grip on reality. With Kirsten Dunst, Joe Cole, Pilou Asbæk. Written and directed by Kate & Laura Mulleavy

Gerald’s Game: A woman’s plan to reenergize her marriage at a remote lake house goes horribly wrong. With Carla Gugino, Bruce Greenwood. Based on the novel by Stephen King. Directed by Mike Flanagan.

Mark Felt — The Man Who Brought Down the White House: “Deep Throat,” Bob Woodward and Carl Bernstein’s Watergate informant and the associate director of the FBI, risks his family and career and keeps his identity secret for more than 30 years. With Liam Neeson, Diane Lane, Marton Csokas, Josh Lucas, Tony Goldwyn, Michael C. Hall. Written and directed by Peter Landesman.

Our Souls at Night: Jane Fonda and Robert Redford star as longtime neighbors who reach out to each other to bridge the loneliness of their twilight. With Bruce Dern, Judy Greer, Matthias Schoenaerts, Iain Armitage. Written by Scott Neustadter, Michael H. Weber, based on the noel by Kent Haruf. Directed by Ritesh Batra.

The Sound: Horror with Rose McGowan and Christopher Lloyd.