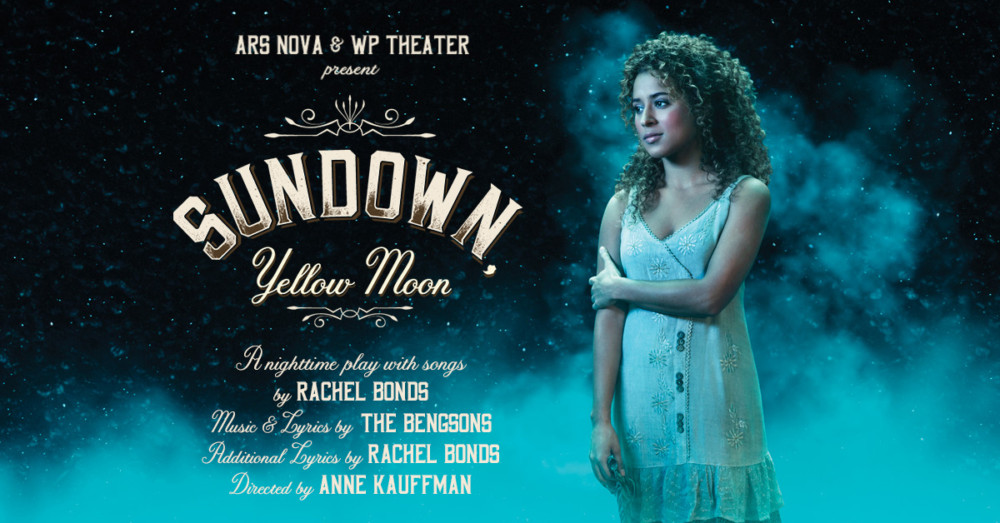 She Says: Sundown, Yellow Moon Where Melancholy Is a Rite of Passage

She Says: Sundown, Yellow Moon Where Melancholy Is a Rite of Passage 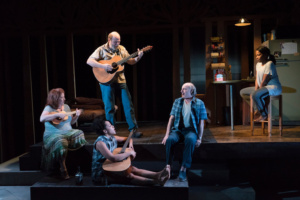 Rachel Bonds’s melancholy Sundown, Yellow Moon, a co-production by The Women’s Project and ARS Nova opened last night at the McGinn/Cazale Theater. The acting is first rate and the direction by Anne Kauffman, is delicate and sensitive. The play however is like The Human’s where nobody is tightly wound and all the characters are so flawed they are all are on the verge of breaking.

The play starts off as 20- year-old fraternal twins Joey (Eboni Booth) and Ray (Lilli Cooper), have come home to visit and stay with their divorced father Tom (Peter Friedman). They are all staying in an isolated house, that has seen better days and is not a home. The refrigerator is bare and when Tom does manage to shop he forgets what it was he went out to buy.  Set in the deep south in a college town, the heat and strain of the days and nights wears on everybody.

Tom has been suspended from the school where he teaches because he hit a fellow teacher, the deans wife, out of anger.  Joey has received a Fulbright scholarship and is preparing to leave for Berlin for two years, however Joey is not as stable as she is smart. Ray, has left her job at an arts endowment fund center due to her lesbian relationship with her boss, that she is not quite over. She is now planning to be a singer/songwriter but has writers block. Tom’s school-appointed counselor, Carver (JD Taylor), went to school with the daughters and he has a scandal involving a priest. His insomnia has him driving by Tom’s house late at night. When he comes on to Tom, there is a break in the communication. Joey meets Ted Driscoll (Greg Keller), the poet of her dreams at a local swimming hole. He is also blocked in his writing and the two connect until she finds out he is married.

This play is about disconnection, unconfronted truths and the instability of the human condition. As the folksy music by the Bengsons, (a husband-and-wife team who are very LES indy) is played by Anne L. Nathan and Michael Pemberton Tom’s musical best friends, as well as Tom and Ray the show seems to stop for a country music moment. The music sets the tone of this desolate, mournful tale.

Everyone in this play is trapped in the awkward moments of their life. They will survive, but it feels like they will never see the light of any kind of happiness.

The cast is all excellent and thanks to Ms. Kauffman’s direction we move through a lazy, but steady pace of these disenchanting lives.

Lauren Helpern’s cut out tree setting is artistic and beautiful. Isabella Byrd and Matt Frey’s lighting makes the place eerie and forbidding. Leah Gelpe’s sound, has us glad we are only visiting on the outside as crickets and mosquitos seem way to near.

There is so much that is not said in this play. Like The Human’s it seems there is very little hope for this misfit household and their acquaintances. In visiting you are just glad you are not as stuck as they are and are grateful you get to depart with your own sanity.