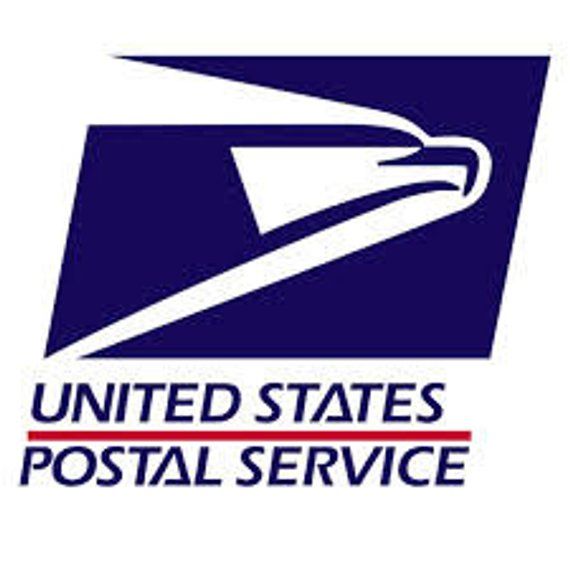 GOING POSTAL — Just when you think you’ve heard (and, seen) it all … a new brouhaha rears its ugly head. Yes kids, it’s USPS!

Now, we know the current mail system has been going downhill for years … while the price of a stamp has been going up. Turns out the head of the postal system, is a die-hard Republican/Trump supporter and has vowed (yes, vowed!) to do his best.

But it seems his best is just not good enough. The Postmaster General Louis DeJoy allegedly has his own personal foundation with over $28 million in assets, so I guess he can afford Fed Ex or UPS!

Never before have I heard such a public outcry about the removal of mailboxes and outdated postal equipment. Surely, this is a reckoning.

Snail mail is just the worst- even though I did receive a check this past Monday morning that was mailed out last Friday.

I once heard from a delivery person that some of their mail that went undelivered sat in a basement repository for two week. Remember Newman on Seinfeld? I do.

A sad, sad state of affairs. Whose next? Dog catchers?

Ellen veterans Mary Connelly, Andy Lassner and Derek Westervelt will remain at the show as executive producers alongside host DeGeneres.

Connelly, Lassner and Westervelt have been with the show since its inception in 2003.

Ellen’s show will return for their 18th season; and, it could be their last.

It’s a precarious position of Warner Media … one of their biggest stars imploding. Not a good look for sure. Stay tuned for more.

RUN-DMC — Having been intimately involved in the Run-DMC campaign way back when (via Cory Robbins’ much-missed Profile Records), I can only add that closure, of some sort, feels good, though much delayed.

It took 18 years to solve the murder of Jam Master Jay (aka Jason Mizell); the DJ for the group who was such an integral part of the group.

It’s sad for sure to see that the entire affair involved some sort of drug trafficking, but all too often, it was always some nefarious deed like that often made the headlines much more than the music.

Profile Records and their Run-DMC made such a huge impact then and the effects are still present today.

They were the first “rap” group ever to grace the cover of Rolling Stone; then still a major, major publication.

No doubt, Run-DMC represented a major sea change for the industry and music.

THE WHO AT WOODSTOCK — (Via Rock Cellar Magazine) It was 51 years ago on, Aug. 17, that The Who took the stage at the original Woodstock Festival in 1969 (at Bethel, NY) for what amounted to a legendary performance. Originally scheduled the previous night, Aug. 16, the band‘s set was delayed like so many at the seminal festival/cultural experience, and the Who ended up being the second-to-last performance of the day/night (before Jefferson Airplane).

Portions of the band’s performance were featured in the 1979 documentary film The Kids Are Alright.

The finale of the Who’s rousing set, which focused heavily on the rock opera Tommy, came around sunrise — surely an amazing moment for anybody who was lucky enough to actually be there in person.

Anybody, that is, other than guitarist Pete Townshend — who hasn’t always shared a similar sentiment of the whole Woodstock “vibe.”

In Rock Cellar’s 2019 retrospective look back at Woodstock 1969, Townshend spoke candidly about his memory of the event:

“The footage is brilliant. We were brilliant. It was all those drugged-up hippies that ended up looking like twats in the Simpsons.”

“Listen, Woodstock should have delivered what it promised. We did. The movie delivered too; I think. The sad part is that all I remember about Woodstock is meeting Richie Havens again and thinking, ‘This is a truly spiritual man.’ Everyone else seemed like rabbits in the headlights. I don’t fuck with spirituality. I do it like it’s a personal war.”

“Woodstock could have been a beginning, not an end. There were nearly a million very good souls there, with the best intentions. What went wrong? I don’t know. Maybe nothing. I didn’t have a good time. It was just another gig to me.”

“A particularly tough one. But I have always carried this strong belief that while I am on stage the audience is doing the driving somehow. This has confused some fans when they meet me off stage — they expect to have the same control over me they enjoy while I perform. But on stage I am powerless over the process, and I think it’s about the best thing I do. I am unconditional about my desire to do my best on stage, and I know how good I am. So, I am confident, and secure, easy, but also determined — and yet at the same time I am humble as a performer, I feel as though I have a duty.”

I first met Townshend way back in 1967 … but, that’s a whole other story to tell. Maybe someday I will.

SHORT TAKES — Steve Carrel is not yet signed for Season 2 of Apple TV’s The Morning Show. Great Billy Crudup/Jennifer Anniston interview via Deadline. Check it out here: https://deadline.com/2020/08/jennifer-aniston-billy-crudup-the-morning-show-season-2-friends-1203013854/ … Donnie Kehr being flown by private plane to a four-day gig in Alaska?

True … ABC’s Agents Of Shield signed off their seven-year run with a two-hour episode that was pretty spectacular … loaded with multiple special effects and CGI. In all the show was great and made and made Clark Gregg (Phil Coulson) into a major star. The ending had each of the main characters meet and update their status … and, it turns out that there was a Shield Academy called the Coulson Academy. It’s been long debated that the show veered out of the MCU Universeand as such, these characters may well be lost forever. If that’s true, it’s a damn shame. Bravo for great work to all …

Ron Howard and his Imagine Films outfit are prepping a Tiger King-feature with Nic Cage as Joe Exotic. Well, turns out Ryan Murphy (Glee; Hollywood) is prepping his own feature, with Rob Lowe eyed as Joe. I watched all the Netflix docs on this and didn’t find it all that intriguing, so I guess I’m in the minority. Guess beauty still is in the eye of the beholder … Great story on the late Hollywood-columnist George Christy in Roger Friedman’s always-stunning Showbiz 411. Check it out here: https://www.showbiz411.com/2020/08/16/rip-george-christy-legendary-gossip-columnist-hollywood-maven-dies-at-93-after-a-great-life … Happy Bday Debbie Gibson, Harrison Funk, Judy Tint and David Salidor!

Suzanna BowlingJuly 24, 2022
Read More
Scroll for more
Tap
Travel: Dollywood
What To Watch Aug 20th To Take Away The Blues