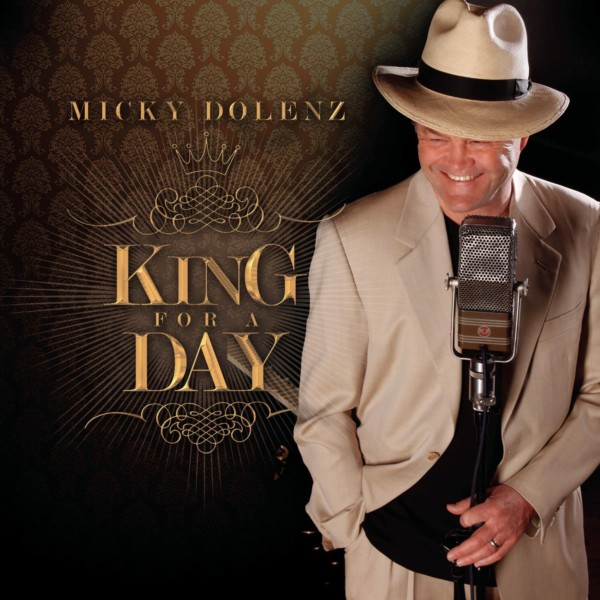 DOLENZ SINGS NESMITH — Rolling Stone’s Andy Greene grabbed the exclusive announced last week: Monkee Micky Dolenz is prepping his next solo album which will be titled Dolenz Sings Nesmith. And, the icing on the cake is that Nesmith’s son Christian, will be producing the album.

The album will be released via England’s 7A Records (Glenn Gretlund and Iain Lee), who have released several Monkee-projects and have had significant success with them. Check out the label here: http://www.7arecords.com/

According to Dolenz, “We’ll be digging through Nez’s catalog and coming up with the songs I’ll record.” Might there be a new, as-yet-unearthed track? “Possibly,” added Dolenz.

The tour with Nesmith, called The Mike & Micky Show, whetted Dolenz’s appetite for more. There was to have been an additional tour this past April (as the Rhino-LIVE package was released), but that has been moved to the first quarter of next year.

Faithful readers will recall Micky’s terrific salute to Carole King, on his King For A Day album back in 2010.

Needless to say, this has immediately become a must-hear project. Stay tuned for more details.

KJERTSI CAN YOU HEAR ME— Remember last year we raved about a new, pop artist (on Van Dean’s Broadway Records) named Kjersti Long? Her debut album, Stronger Than You Think I Am, was one of the better debuts we’ve heard in far too long. The debut album was a regular on radio personality Zach Martin’s playlist; and, she even guested on his radio show (https://podcasts.apple.com/us/podcast/11-16-kjersti-long-joins-zach-martin-in-big-fat-american/id1465382603?i=1000453764132).

We attended an early show at the esteemed Bitter End and met her through her PR-person at the time. She was totally engaged, a dynamo onstage and we felt at the time, she was a major start waiting to happen.

Behind the scenes there was some turmoil; with the press person who invited us to the show and introduced us, being summarily dismissed. Her father Jeremy, a brilliant musician himself (he accompanied Kjersti on stage at times), was apparently now in charge.

On August 7, Broadway Records seemingly released a digital single of the track “I’m Not You Princess.” We heard nothing about it; it was only a tip from a former associate of Kjersti’s.

It’s a great track, especially the Bruce Dickinson remix -a very savvy business move for sure- but, if no one knows about it, how can anybody hear it?

Kjersti’s a superb new artist, but without the right infrastructure, how can it succeed. Mark my word: Kjersti is an important new artist; an artist that radio needs right now.

Trust me, with the right planning (and, people) she can go big!

MOLLAND NO MATTER WHAT — If you want it, here it is! Founding Badfinger member Joey Molland will release a new solo album titled Be True to Yourself on October 16 via Omnivore Recodings.

Be True to Yourself was produced and co-written by Mark Hudson, whose production credits include Aerosmith, Ringo Starr and last year’s posthumous Harry Nilsson album Losst and Founnd.

The front and back covers of the album feature photos taken by Lennon.

You can check out a trailer for the record that features clips of two new songs, “Rainy Day Man” and “Better Tomorrow,” at Omnivore Recordings’ official YouTube channel. “Rainy Day Man” will be released as a single from the album.

Molland is the last surviving original member of Badfinger and he continues to lead an incarnation of the group called Joey Molland’s Badfinger.

Last year, Joey took part in the It Was Fifty Years Ago Today — A Tribute to The Beatles’ White Album tour, which also featured Dolenz, Scheff, Todd Rundgren and Christopher Cross.

I attended four of those show sand can tell you –as I already have- it was without a doubt one of the best shows I’ve seen in far too long. The combination of talents, with those terrific songs, was simply  extraordinary.

Funny story: I was backstage talking to Molland about the classic Badfinger No Matter What album … and, about the track “The Name Of The Game” which is a major favorite of mine. Joey was talking about the production, when out popped Todd Rundgren from behind a closed door, who produced that track.

All of a sudden, I was in the midst of a conversation of brilliant memories. A magic moment for sure.

I spoke to Joey often during these shows and found him to be just terrific.

Can’t wait to hear this one.

And, about Omnivore Recordings … what a great name. I’d love to know who is fronting this label. It almost appears to be a re-working of Frontier Records – taking some great legacy artists and giving them an update. Their mailing address is a UPS-drop box on Sunset in LA, but I’d love to know more.The talented Cary Baker is handling their PR.

No doubt you’ve read that Universal’s Ron Meyer has exited the company after he revealed an affair with someone who also brought day the man who ran Warner Media Pictures last year. She apparently tried to extort Meyer. Meyer, who started the talent agency CAA back in the day (with Michael Ovitz), has been with the company for 25 and survived 9 changes in management there. I’ve known Ron for decades and he’s quite the stand-up guy. He revealed this as the extortion revelations were about to go public. I don’t know what to say, other than he came forward first. Ron’s the type of guy you would want by your side if the most unimaginable crisis happened to you. He’s 75, worth $300 million, and at the end of his career, but still, sad for sure. he was/is one of the good guys …. Happy Bday Van Dean!