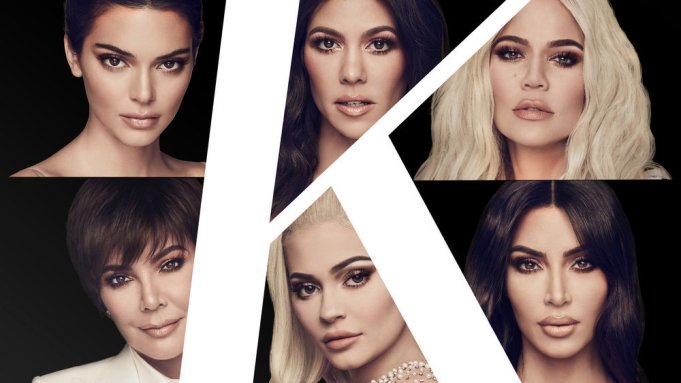 KARDASHIANS KANCELLED — Keeping Up With The Kardashians, the long-running reality series that has made stars of the likes of Kim Kardashian and Kylie Jenner, is set to end next year. Awwww.

“It is with heavy hearts that we say goodbye to Keeping Up with the Kardashians. After what will be 14 years, 20 seasons, hundreds of episodes and several spin-off shows, we’ve decided as a family to end this very special journey.  We are beyond grateful to all of you who’ve watched us for all of these years – through the good times, the bad times, the happiness, the tears, and the many relationships and children. We’ll forever cherish the wonderful memories and countless people we’ve met along the way,” the family wrote

“Thank you to the thousands of individuals and businesses that have been a part of this experience and most importantly, a very special thank you to Ryan Seacrest for believing in us, E! for being our partner, and our production team who’ve spent countless hours filming our lives,” they added.

An E! spokeswoman added, “E! has been the home and extended family to the Kardashian-Jenners for what will be 14 years, featuring the lives of this empowering family.  Along with all of you, we have enjoyed following the intimate moments the family so bravely shared by letting us into their daily lives. While it has been an absolute privilege and we will miss them wholeheartedly, we respect the family’s decision to live their lives without our cameras. It is not our final goodbye yet, we are excited to have the new season of Keeping Up with the Kardashians launching on September 17 with the final season airing in 2021. We thank the entire extended family and our production partners, for embarking on this global phenomenon together.”

My hat is off first to the person who came up with those empowering (!!!) names for the individual shows. I guess his next stop is working for Trump!

I never watched a single episode and look, the show will have run for 20 seasons, so there was very definitely an audience out there. Many people I truly respect adored the show, so it touched many.

Honestly, the only Kardashians who ever interested me was Robert, who was O.J. Simpson’s confidant (and, lawyer) early on and a competent player in the entertainment field.

Kim, who we first were introduced to via a sex-tape with Ray J. in 2007 (and, as a stylist for Paris Hilton early on), has always struck me as something as national nuisance.

Though the show was called a reality one; it was totally scripted and rehearsed … and, that’s not reality by a long shot.

TOOTS HIBBERT PASSES — Jamaican Reggae legend Frederick Nathaniel “Toots” Hibbert passed away over the weekend, and was confirmed by his band Toots & The Maytals. He was 77 years old.

“It is with the heaviest of hearts to announce that Frederick Nathaniel “Toots” Hibbert passed away peacefully tonight, surrounded by his family at the University Hospital of the West Indies in Kingston, Jamaica,” the statement read. “The family and his management team would like to thank the medical teams and professionals for their care and diligence, and ask that you respect their privacy during their time of grief.”

While the cause of death was not confirmed in the statement, Hibbert had been in the hospital fighting COVID-19 symptoms and had been placed in a medically-induced coma last week.

The statement added that Hibbert is survived by his wife of 39 years, Miss D and seven of his eight children.

Hibbert was born in 1942 in May Pen, Parish of Clarendon, Jamaica, the youngest of eight children. His first exposure to music was through gospel and church music, as his parents were both strict Seventh-day Adventists preachers. Tragically, both died young; at 11 years old, after his parents passed, Hibbert went to live with his brother in Kingston, Jamaica. It was there that he met Ralphius “Raleigh” Gordon and Nathaniel “Jerry” Matthias. The trio formed The Maytals.

In the 1960’s, The Maytals gained popularity throughout Jamaica. In 1968, the group released “Do The Reggay,” which is credited as the first use of the genre’s name (albeit spelled differently). The group released several hits during this decade, including “Bam Bam,” “54-46 That’s My Number” and “Pressure Drop.”

In the 70’s, now renamed Toots & The Maytals, the group released their first record Funky Kingston. Later that year, Hibbert appeared in The Harder They Come, whose soundtrack included “Pressure Drop.”

Hibbert continued to tour until 2013, when a fan threw a vodka bottle at the stage during his set in Richmond, Va. The bottle hit Hibbert in the head and gave him a concussion, which led to a three-year break in performing.

Earlier in August, Toots & The Maytals released Got to Be Tough, the group’s first studio album since 2010. The album includes a cover of Bob Marley’s “Three Little Birds,” featuring Marley’s son Ziggy.

Ziggy Marley shared a statement on Hibbert’s passing, in which he called him “a father figure” and said he would “never forget him.”

Guitarist Warren Haynes, who recorded and performed with Hibbert many times, also shared a lengthy note on Hibbert’s death. “‘Toots’ was, in my opinion, the greatest Jamaican soul singer,” he wrote. “I say that not to downplay his immense role in the creation of Reggae music- he coined the term Reggae- but to point out that as a singer his voice stands among the giants like Otis Redding, Ray Charles, Solomon Burke, Jackie Wilson, Sam Cooke etc. which is not to say that the other Reggae giants weren’t great soul singers in their own rites as well, but Toots was the ‘real fucking deal’.”

“I’m gonna miss Toots but the world of music is gonna miss him even more,” Haynes concluded. “As I stated earlier, we have lost another giant.”

Trey Anastasio also shared a statement on Hibbert’s passing. “I was so sad to wake up this morning and hear about the passing of Toots Hibbert,” he wrote. “Like so many people, I’ve loved his music my entire life. It was ubiquitous, playing at parties and gatherings. It felt like an element, like air.” He went on to share a story about Toots & The Maytals recording at The Barn studio.

SHORT TAKES — Donnie Kehr’s Rockers on Broadway coming up on November 9; more news on the event at Le Poisson Rouge coming this week … From our West Coast spy: Las Vegas has become a ghost town where even the strippers have put up signs­ saying, ‘Sorry, we’re clothed’ … Steve Walter’s Cutting Room had a brief re-opening reprieve last week for a private memorial for Ben Vereen’s son … Via Cindy Adams in the New York Post: The new kid on the block is really a new kid. Age 17, the late Philip Seymour Hoffman’s son is making his acting debut. Eight-time Oscar nominee Bradley Cooper is also in this movie, but the kid is considered its star. He’s Cooper Hoffman. His first big shot. Interesting names are in the family — sister is Tallulah, uncle’s Gordy — but this coming-of-age story is so far unnamed. The thing is set in the 70’s, in the San Fernando Valley, has multiple story-lines. He plays a child actor, and the film was put together by Paul Thomas Anderson, who collaborated with Cooper’s dad on many projects …

Were you a fan of TV’s A-Team in the 80’s? The show ran from 1984-1987 and starred George Peppard and Dirk Benedict. Director Joe Carnahan did a re-boot of the show, in movie-form starring Liam Neeson and Bradley Copper in 2010 and it literally got bad reviews everywhere. I watched it over the weekend and just loved it. Sure, it was at times rather ludicrous and silly … but, so was the original show. Jessica Biel was in it and at times stole the show. Cooper and Neeson were just terrific. Crazy, silly fun for sure. I have to recommend it … Hate to even repeat it, but am hearing more and more chatter about Broadway (and, live entertainment) NOT returning until the fall of 2022 or early 2023. If that’s true … expect its return to look way different than anyone ever expected. Sad news for sure … Century 21 stores shuttering after 60 years? Yes, afraid it’s true and they’ll be more as 2020 ends ...

Entertaining Insight’s podcaster Nancy Berk was suppose to do one interview with celebrity-biographer Mark Bego last Friday; she ended up doing 2. Stay tuned for airing dates …

Krispy Kreme’s flagship stored opened yesterday in NY’s Times Square. Boy, what a time to open a flagship store. I wonder how long they’ll survive … And, news came yesterday that the annual Macy’s Thanksgiving Day Parade will be virtual .