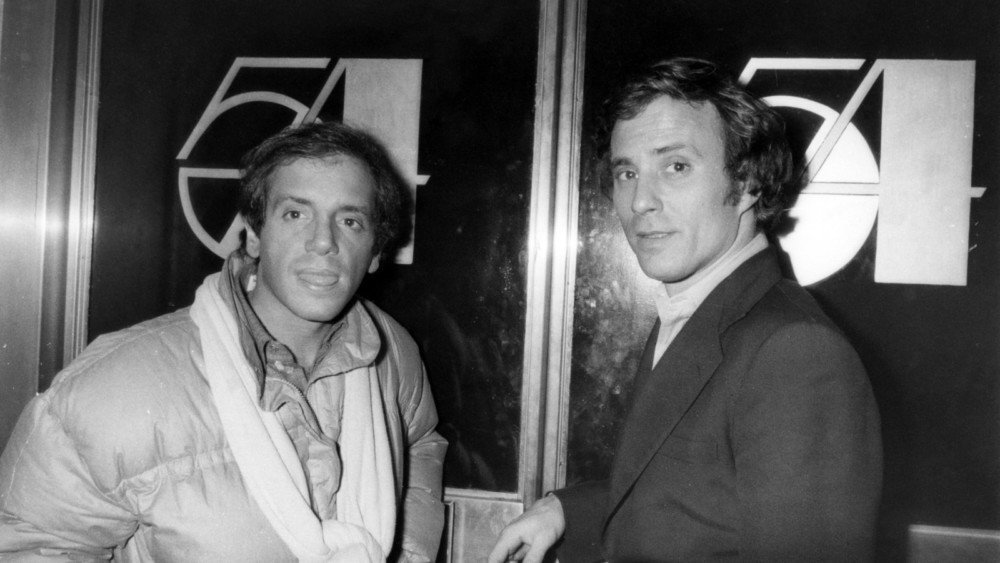 NIGHT MAGIC — The Studio 54 experience was unlike anything I’ve ever had. It was, for a lack of a better word, seismic. From the lights, to the music, to the patrons, to the illicit substances … it all made for just an exhilarating turn all around. Steve Rubell and Ian Schrager, the owners, had the proverbial lighting in a bottle.

Rubell, from Queens and the proprietor of the Steak Lofts, met Schrager and John Addison, who ran Le Jardin  and NY, NY. Together, with Jack Dushey (sort of a silent-partner), 54 was launched. It only lasted 33 months … but, it packed a whole lot in that period.

We finally made it to the Brooklyn Museum last night for their long-delayed Night Magic-Studio 54 exhibit. Having been a 54 regular back in the day, the memories were nice, but nothing like the real thing. There were some great photos – mostly from one Richard P. Manning, or RPM as he was known back then. I hadn’t thought of him in decades, but his photos (and, those of the Daily News’ much-missed Richard Corkery and People’s Robin Platzer) are nicely displayed. RPM I recall was a firecracker back then, but he got some great photos. He was one of three officially sanctioned photographers, so he got the cream of the crop so to speak.

There was also a list of the so-called great soirees back then, but no mention of one in 1977 that hosted Elton John and his newly formed Rocket Records. I walked into a room and, sure enough, there was a reference to that one. Truly, one of the room’s best-ever galas. Tony King, who invited us and worked for the Rocket, essentially put it all together. One memorable night for sure.

Oddly, there was no reference to the basement – where much of the illegal action took place. The room is 54 Below now and, boy, if those walls could talk they’d have a lot to say.

The opening was suppose to be this past February – with gadfly Wendy Stuart Kaplan leading the charge of VIPs, but has finally officially opened with minimal people allowed in at one time. With the music turned way down … the whole event felt kind of sad … although we did hear “YMCA” on the way out.

The one thing that immediately seared into my mind, was that an experience like this will never, ever, happen again. Now, that’s sad.

SPENCER DAVIS RIP — Spencer Davis, the Welsh rhythm guitarist and songwriter who lent his name to one of the most popular and influential British Invasion groups of the 1960’s with hits including “Gimme Some Lovin’” and “I’m a Man”, died Monday of pneumonia in Los Angeles. He was 81.

In addition to its hits, which combined young England’s fascination with American rhythm & blues and post-Beatles pop, The Spencer Davis Group is remembered as the band that introduced a young Steve Winwood (and, his brother Muff) to the world. Discovered at 14 by Davis, who recognized a vocal talent that would continue charting records for decades, Winwood left the group in 1967 to co-found the seminal FM-radio band Traffic, and, in 1969, Blind Faith with Eric Clapton, Ginger Baker and Ric Grech.

In a statement posted on his website, Winwood recalled meeting Davis for the first time when he was 13 and Davis was 22.

“I was playing a show at Birmingham University with my brother and his band. Spencer, who was a student at Birmingham, was playing with a small group of musicians. We met, and the seeds of The Spencer Davis Group were sown.”

The Group became famous in the 1960’s for such hits as “Keep On Running” (a cover of a song originally written by Jackie Edwards), “Gimme Some Lovin” and “I’m A Man.”

“Spencer was an early pioneer of the British folk scene, which in his case embraced folk blues and eventually what was then called ‘rhythm and blues’,” Winwood added.

“He influenced my tastes in music, and he owned the first 12-string guitar I ever saw. He was taken with the music of Huddie ‘Lead Belly’ Ledbetter and Big Bill Broonzy. I’d already got a big brother who influenced me greatly, and Spencer became like a big brother to me at the time.”

Winwood said that Davis “was definitely a man with a vision, and one of the pioneers of the ‘British Invasion’ of America in the 60’s”.

“I never went to the US with Spencer, but he later embraced America and America embraced him,” he said. “I feel that he was influential in setting me on the road to becoming a professional musician, and I thank him for that.

While Winwood went on to a successful solo career that continues today, Davis pivoted to the business side of the recording industry, becoming a successful promoter for Chris Blackwell’s Island Records, where he worked with Bob Marley, Robert Palmer and his former protégé Winwood. Davis continued to tour with reformed versions of his namesake band through the years.

Future-Traffic member Dave Mason was a roadie for the band.

Micky Dolenz met Davis in 1967 (see photo) and still performs “Gimme Some Lovin’” to this day. A major, major force in music. He will be missed.

SHORT TAKES — Peter Frampton’s book -written with Alan Light- Do You Feel Like I Do? is out. Can’t wait to read it. Thank you Carla Sacks for sending … Whatever happened to Dave Mason’s re-worked Alone Togetheralbum? It’s been hyped for months -with two Q&A sessions on FB– but, still not out. Is there a problem? …

Apple has landed rights to The Velvet Underground, a new feature documentary from director Todd Haynes. The Velvet Underground, fronted by Lou Reed, John Cale and Nico, created a new sound that forever changed the world of music in the mid-1960’s, cementing its place as one of rock and roll’s most revered bands. The doc shows just how the group became a cultural touchstone representing a range of contradictions: the band is both of their time, yet timeless; literary yet realistic; rooted in high art and street culture. The first time I heard the Velvet Underground, I was totally unprepared. They were always an acquired taste, but once you tasted them you were hooked … Project Grand Slam’s Robert Miller interviewed this week by Jesse Wlodyka on WSBS for his new solo album Summer Of Love 2020 out shortly … One more time: That SiriusXm deal with Howard Stern is thisclose … Happy Bday Andy Furhman and Christopher Gilman!