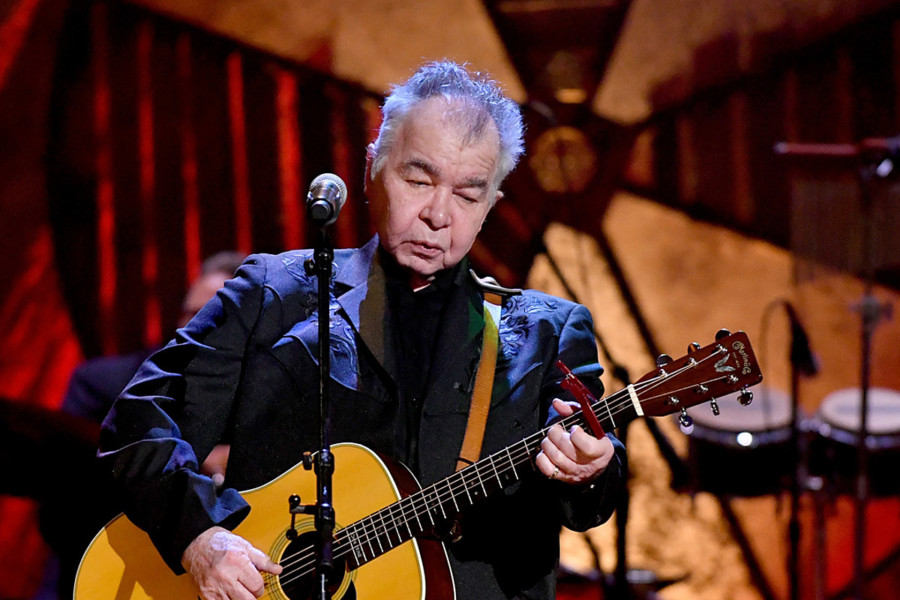 PRINE DISS — (Per Ian Mohr/Page Six) – Country music artists are outraged after the CMA Awards did not include a tribute to late music legend John Prine this week.

Grammy-winning singer-songwriters Jason Isbell and Amanda Shires went so far as to return their lifetime membership cards to the Country Music Association, while other artists said the music on the show “sucks.”

Critics’ darling Sturgill Simpson reportedly said of the Prine diss in a post that was later deleted: “Don’t get it twisted … Wouldn’t be caught dead at this tacky ass glitter and botox … pony show even if my chair had a morphine drip. I just wanted to see if they would say his name but nope.”

Singer Margo Price slammed the show’s lack of diversity, and posted: “Anyone still participating is a socially unconscious pawn … Artists pander woke authenticity when it benefits them and then sit in silence as they collect their plastic trophies. Also the music sucks.”

Isbell and Shires, who are married, said they quit over additional snubs, too, including of Jerry Jeff Walker. The show honored four mainstream stars who died in 2020: Charlie Daniels, Kenny Rogers, Joe Diffie and Mac Davis.

The source added, “Country music is tone-deaf. It was another ratings disaster, and an out-of-touch show — a tribute to ‘Urban Cowboy’?” (Country act Old Dominion celebrated the 40th anniversary of the John Travolta film.)

Groundbreaking black artist Charley Pride was honored at age 86 with the lifetime achievement award, but our source said, “It was way overdue.”

Before he died, Prine received a lifetime achievement honor at the Grammys, along with a televised tribute. His family-owned record label said it was disappointed he was not included as part of the CMA Awards.

A CMA spokesperson said in a statement on Friday night: “The CMA Awards broadcast historically does not include an In Memoriam segment. An In Memoriam did air in 2017 to honor the victims of the tragic shooting at Route 91 Harvest festival in Las Vegas.”

The rep said that the awards does include an In Memoriam tribute in its program guide to members, but did not mention if it included Prine and the others.

Jones’ vocals derive from the 1991 cassette tape “It’s Christmas Time Again.” The new LP features guest vocals from fellow Monkee Micky Dolenz and his sister Coco, Jones’ daughter Annabel, and photographer Henry Diltz. “Singing with my dad on this record was an extremely beautiful and healing experience,” Annabel said in a statement. “What a gift to be able to share a moment like this!”

The record was produced by Chip Douglas, who worked on the Monkees’ “Daydream Believer” and 1967’s Headquarters album. It was inspired by a 1967 demo of “White Christmas,” which featured Douglas on guitar and Jones singing in the basement of Douglas’ Laurel Canyon home. The demos are included as bonus tracks on the new album.

“This was a rare chance to remix and enhance these recordings by adding the lovely voice of Davy’s daughter Annabel, whose heartwarming vocals on ‘White Christmas’ and ‘Silent Night’ were well above and beyond my expectations,” Douglas said. “Micky and Coco Dolenz beautifully enhanced ‘God Rest Ye Merry Gentlemen,’ and Henry Diltz — and other friends — added just the right gusto to ‘Hark the Herald Angels Sing.’”

Diltz, who shot the album cover, was previously in Modern Folk Quartet with Douglas. “I remember spending a day in the desert with the Monkees while they filmed a Kool-Aid commercial in the late Sixties,” Diltz recalled. “Various friends of the guys came along to help brighten up the downtime shots. I remember Davy wasn’t happy in the Santa suit in the hot sun. Anything for showbiz!”

Dolenz and Nesmith were scheduled to embark on a Monkees tour in April, but it was postponed by the pandemic. They released the live album The Mike & Micky Show Live on April 3rd, while Dolenz recently announced the upcoming Dolenz Sings Nesmith, (on 7A Records) a solo record of Nesmith covers.

RRHOF — I watched HBO’s Rock & Roll Hall of Fame induction ceremony and was terrifically impressed by the vitality and the great visuals. The show (which did include John Prine in its In Memorial segment) has vacillated somewhat uncomfortably between favor and scorn from show 1. There were some great moment for sure: 50 years of The Doobie Brothers; everything T-Rex; a great intro by Don Henley for Irving Azoff, but some questionable moves for sure: Whitney Houston and The Notorious BIG in the RRHOF?

I also loved Henley and Jimmy Iovine, who looks different (and, lots richer) than his John Lennon-days. Henley’s famous quote about Azoff: “He’s Satan, but my Satan” still stands strong. Azoff himself was pretty funny himself when he admitted that a lot of his time  as a manager was spent when The Eagles broke up; and then, getting them back together!

Clearly the show has tried -and, continues to do so- to attract a diverse audience, but it is called the Rock & Roll Hall of Fame and there remains a host of certified rockers who deserve to be in there. Like Todd Rundgren; The Monkees; Steve Winwood; Harry Nilsson; Mott The Hoople; Sparks; B-52’s; The Runaways; Willie Nelson; The Jam; Eurythmics;  … wow, the list does go on …

SHORT TAKES — Raging Bull, 40 years old? Hard to believe. Martin Scorsese’s brilliant epic lives on … As of this writing the President is still insisting, he won! Guess the ‘old boy cannot tell the truth. Guess Robert Miller’s “You Can’t Tell The Truth” was prescient … Still nada from Carla Sachs re the Peter Frampton memoir written with Alan Light. A shame … Just watched Aaron Sorkin’s brilliant The Trial of the Chicago 7 and tremendously enjoyed it. Sorkin’s trademark machine-gun dialogue is evident, yet he manages to genearte some brilliant performances from Eddie Redmayne, Sacha Baron Cohen, Jeremy Strong, and Mark Rylance, who as lawyer William Kunstler delivers on of the best performances I’ve seen in years. Lots of dialogue yes, but, brilliant for sure. In my Top 5 films of the year. Don’t miss it … 30 years since Debbie Gibson’s “Anything Is Possible” video. Amazing. My favorite part of that particular video was songmeister Lamont Dozier grooving. Congrats …

The classic Philly-band The Oxfords regrouped during this crazy year, released a compilation album and it shot to #1 on the Amazon charts. On Wednesday we’ll tell their amazing story … Just heard a great Dolly Parton interview on NBC’s Willie Geist Sunday show and she confirmed the rumor that she wrote her “Jolene” and “I will Always Love You” on the same night. Wow … maybe the greatest night ever in songwriting history if you ask me … And, Happy BDay Denis McNamara and Cary Baker!