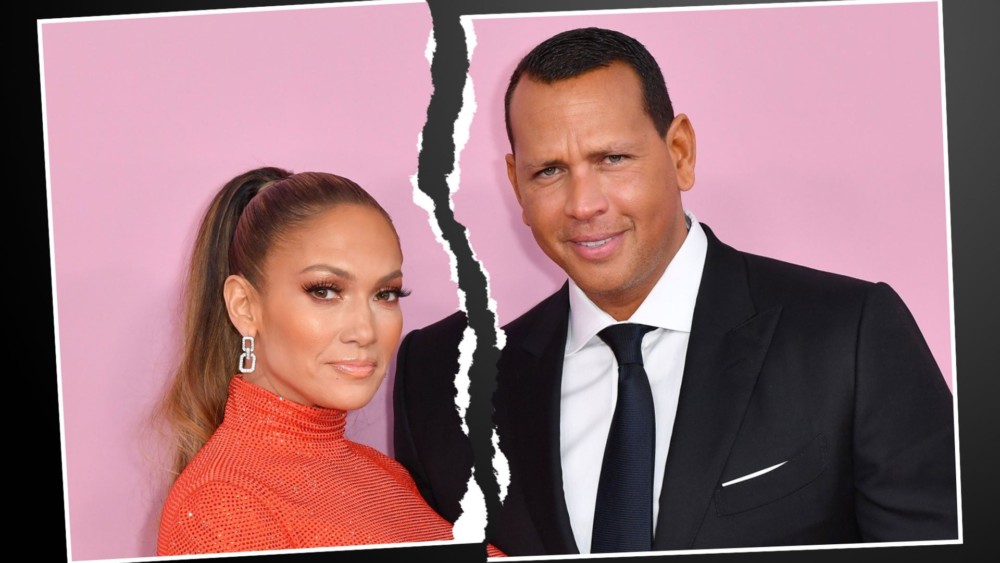 RING-A-DING-DING — Roger Friedman posted this column Friday night. By Saturday night – it was somewhat retracted. Nonetheless, it was hilarious. Check it out:

The era of JLO and A-Rod is over.

If these two selfless humans can’t make a relationship work, who can?

Page Six broke the story. Alex Rodriguez apparently has been “sexting” if not sexing some babe named Madison LeCroy. (This can’t be her real name. That has to be Myrtle Gilooly.) It’s a tale as old as time.

Are we surprised? Shocked! Aghast! Can’t believe it! Why, A-Rod is a paragon of virtue. Ask his ex-wife. Ask the Yankees. Ask his steroid dealer.

And JLo? She’s so easy to get along with, a real PB&J kinda gal.  Jenny from the block. You should see her presenting coupons at Food Emporium, helping old ladies across the street.

JLo can add ARod to her list that includes P Diddy, Ben Affleck, and so on, not to mention Marc Anthony, who is no doubt more upset than we are; he thought this was a done deal.

I can’t add anything this, unless to say I am a Lopez fan; her “On The Floor” is a huge fave. Yet, all this reeks with a certain sadness. I hope the reconciliation rumors are true … I really do!

COMPACT CASSETTE’S OTTENS PASSES — The man who invented cassette tapes in 1963, which spawned the recording of countless mixtapes for music lovers, has died at age 94.

Lou Ottens, while working with the Dutch company Royal Philips, came up with the idea of the Compact Cassette — a convenient analog magnetic tape recording format for audio recording and playback.

“We are very sad to have to inform you that Lou passed away peacefully on Saturday, 6 March 2021,” said his daughter Arine Ottens.

While vinyl records contained prerecorded music, the cassette tape enabled users to record their favorite songs from records or their radios onto the tape contained in the small plastic container, which measured 4 by 2.5 by 0.5 inches.

Long before digital playlists and streaming, music aficionados lovingly crafted strings of songs, with a short pause between them, commonly called a mixtape.

The fragility of the 1/8 inch tape, jockeying between two spools inside the cassette, often led to the tape turning upside down on the spools, or untangling within a cassette recorder installed in a car. Placing a pencil inside the holes of a cassette tape, and slowly twisting the pencils to rescue the tape became an invaluable skill.

Eventually, Ottens was also involved in the invention of the more durable compact disc, CDs, in the 1970’s.

Ottens often downplayed his role in the invention of music-to-go: “Everything disappears in the world when it has done its time. So will I.”

The Philips Museum released a statement on Ottens’ passing:

“It saddened all of us to hear about Lou Ottens passing. Lou was an extraordinary man who loved technology, even as his inventions had humble beginnings. During the development of the cassette tape, in the early 1960’s, he had a wooden block made that fit exactly in his coat pocket. This was how big the first Compact Cassette was to be, making it a lot handier than the bulky tape recorders in use at the time. His invention came to be known as the Cassette Tape and over 100 billion were sold globally. In addition the Compact Cassette, the Compact Disc or CD, was thanks in part to his inventiveness. The worldwide success always surprised him though: ‘We knew it could become big, but could have never imagined it would be a revolution.’

The cassette recorder was also a huge hit and was particularly successful among young people in the 60’s, 70’s and 80’s. It also allowed people to quickly record audio and helped capture some of the most iconic songs.

Keith Richards, of the Rolling Stones, famously wrote in his 2010 autobiography Life:

“I wrote the song ‘Satisfaction’ in my sleep. I didn’t know at all that I had recorded it, the song only exists thank God to the little Philips cassette recorder. I looked at it in the morning – I knew I had put a new tape in the night before – but it was at the very end. Apparently, I had recorded something. I rewound and then ‘Satisfaction’ sounded … and then 40 minutes of snoring!”

In 2013, on the occasion of the 50th anniversary of the cassette tape, Lou was our guest of honor, as we created a special exhibition to his ground breaking invention at the Philips Museum.  Remarkably, his wooden block prototype was lost when Lou used it to prop up his jack while change a flat tire. However, we still have the very first cassette recorder he developed on display, a testimony to his foresight and innovation.

Olga Coolen/Director of the Philips Museum

Back in High School and College, I made dozens of my own mix-tapes … for the car, Walkman and audio setup.

I loved doing it and cooking up my own playlist gave me a real sense of satisfaction. And, truth be told, when I got a unit that had 2 cassette decks, I devilishly lowered each track as it ended and immediately brought up the next track. DJ-ing? Dunno, but I loved it.

I actually still have some of them – I had hoped to put them on disc. Btw: I still haven’t.

I also worked at Sam Goody’s (remeber them?) and we lityerally had dozens of blank tapes for sale: BASF; TDK ; Philips; … the list went on and on. It was a buyer’s market for sure.

Molly Hunter on NBC’s Willie Geist Sunday gave a riveting report of Ottens and how vinyl was selling like never before, She also said that last year’s biggest selling album was Fleetwood Mac’s Rumors … released in 1976 … it was a great album then .. and, still is.

Donnie Kehr here with Broadway Cares’ Tom Viola in Friday’s Broadway pop up in Duffy Square wearing some Broadway Sheers designed by Billy The Artist … #rockersonbroadway #thepathfund #broadwaycares … Paul Undersinger (who works with CBS News and Norah O’Donnell) has shot some of the best photos of Micky Dolenz ever!

A shot of his is Micky’s PR-shot for his forthcoming Dolenz Sings Nesmith album … coming in May. Here’s a shot with Paul and Micky from a terrific B. B. King’s appearance years back. Great guy … awesome photographer … Robert Miller’s podcast Follow Your Dream debuts this week. First guest: Bruce Morrow …

J.D. Belcher’s The Inescapable Consequencecomes April 23 via Yorkshire Publishing … We hear a tribute-book to the late-great Cristina (“Is That All There Is?”) is in the works from former Melody Maker-scribe Ian Birch. One of the best from 1980. Check out this video: