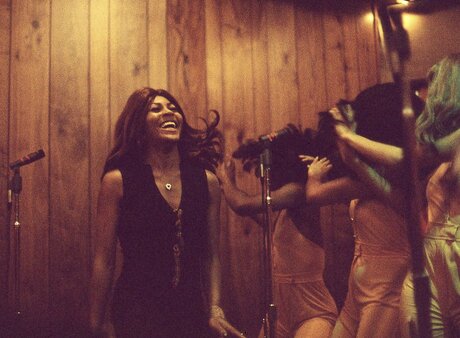 RIP VIC KASTEL — Last August, PR-pasha David Salidor tipped us off about a new album from singer/songwriter Vic Kastel, called Time Traveler. The hook was that the material (all original) was recorded in the late-70’s; on analog equipment; and featured on every cut, Kastel’s cracker-jack band performing live. Funnily enough, Bruce Springsteen’s  then new album, Letter to You, was done in the exact same manner.

The first single from the album “Don’t Ever Let Me Catch You Giving Up On My Love” and “First Impressions” (written with Larry Vannata) were immediate favorites.  And, the album’s “Never Gonna Leave It” featured a killer Farfisa organ was also a big favorite.

Sadly, Kastel passed away somewhat unexpectedly Monday night. Salidor, who continued to promote the album right up till then, was very saddened. “I knew Vic for 30+ years. He was a great friend and his knowledge about music was exemplary. From our days at My Father’s Place to seeing Micky Dolenz in the It Was 50 Years Ago tour, we had some great times. I helped set up those early sessions, so it was great to see them finally released.”

Salidor say that stations are continuing to play Time Traveler and there are two TV shows that may well use his music. “These recordings, those songs; they’re a great testament to his talent.”

SEGAL FOREVER — Our friend, Anthony Pomes, from SQ 1 Publishing, posted this about George Segal: Rest In Peace, George Segal #georgesegal. He passed yesterday age 87, a sublime actor from my Dad’s vintage – and a heck of a banjo player! Known best in film—and later TV roles in Just Shoot Me and The Goldberg’s for a varied cascade of character roles (and, in the 70’s, leading parts), he also appeared in Nicole Kidman’s kitchen TV in Stanley Kubrick’s Eyes Wide Shut (look at the TV, in the scene where Kidman’s “Alice” calls Tom Cruise’s “Bill,” and you’ll see the bearded Segal in Paul Mazursky’s 1973 gem Blume In Love). In a career of wonderful performances, we should all check out his mix of angst & melancholy as a conflicted gambler opposite Elliott Gould in Robert Altman’s 1974 film California Split. I’ll always remember the way he says “Sleepy, Grumpy, Doc!” in this scene.

A fine actor and musician and all-around fun presence over the years, may we all take some time to embrace his work…another legend gone, but not forgotten.

SHORT TAKES — Buddy Blanchard’s Romeo Delight at Sweeney’s Saturday (3-27) night; here’s their site: https://www.phillyspecialsaloon.com/entertainment/ … Talk about a good review-here’s the review of HBO’s forthcoming Tina Turner-docu from the Chicago Sun Times esteemed Richard Roeper: https://chicago.suntimes.com/movies-and-tv/2021/3/25/22348446/tina-turner-hbo-review-documentary-movie … This week’s This Is Us ranks with their best. Featuring Griffin Dunne as Uncle Nicky, he was an acting tour de force. Someone posted, I hope all the cast members were watching and taking notes … Also, NBC’s New Amsterdam has indeed kept the passion and momentum of their first two seasons. Just exemplary work for sure. Kudos to Ryan Eggold and the cast for some truly great work . This could well be the best all-around TV show on right now … And, RIP Jessica Walter and HAPPY BDAY Elton John!