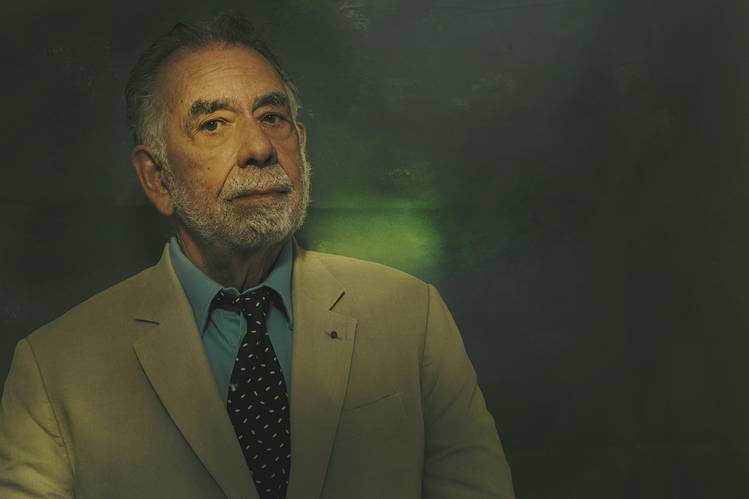 LA’s CINERAMA DOME TO SHUTTER — (Via Deadline) The last thing we needed to hear as the box office and exhibition are rebounding from the pandemic was a piece of bad news, but word spread like wildfire in distribution and exhibition circles Monday that the Arclight Cinemas and Pacific Theatres won’t be reopening. The chain, owned by Decurion, has issued a statement — read it below.

Last week, I was hearing that the chain was shooting for a Memorial Day weekend reopening with A Quiet Place Part II and Cruella. Now those hopes look dashed, and at an unfortunate time because it’s expected that Los Angeles County could have movie theaters operating at 100% capacity by then — well before California Gov. Gavin Newsom’s June 15 wide-open order.

Decurion’s crown jewel is the Hollywood Arclight multiplex on Sunset Boulevard and its 58-year old Cinerama Dome, which made a big cameo in Quentin Tarantino’s Once Upon a Time in Hollywood and remains many filmmakers’ favorite venue. The Hollywood Arclight is also one of the highest-grossing movie theaters in the nation; again, a huge blow to the industry and the L.A. market, which is in its fourth week of a robust reopening.

After shutting our doors more than a year ago, today we must share the difficult and sad news that Pacific will not be reopening its ArcLight Cinemas and Pacific Theatres locations.

This was not the outcome anyone wanted, but despite a huge effort that exhausted all potential options, the company does not have a viable way forward.

To all the Pacific and ArcLight employees who have devoted their professional lives to making our theaters the very best places in the world to see movies: we are grateful for your service and your dedication to our customers.

To our guests and members of the film industry who have made going to the movies such a magical experience over the years: our deepest thanks. It has been an honor and a pleasure to serve you.

Behind the scenes, what I hear that’s technically happening is that Decurion has handed the keys back to the landlords on all their Arclight and Pacific properties. That doesn’t mean the chain is bankrupt — rather, it is part of a thick lease negotiation. What happens in this instance is that the landlord decides which keys to keep and which they’d like to return to the exhibitor. No word yet that the chain is up for sale; I think it’s waiting to see what leases it gets back. Many of the Arclight venues the chain doesn’t own, and it’s those, I’m told, where the company is really down on its leases.

Not boding well for Arclight and Pacific’s reopening is that we also hear the chain gave notice to its theatrical staff.

News broke on IndieWire over the weekend that Arclight’s new Culver City location was in arrears on its March rent to the tune of $181,900, due in full to collections agent Caitlin Brannon.

Given how beloved the Cinerama Dome is by studios and filmmakers — heck, Tarantino blasted Disney for pushing tailor-made his 70mm Western Hateful Eight out of the beehive cinema in December 2015 when Star Wars: The Force Awakens was locking up a number of big auditoriums — I can’t see this Hollywood landmark falling by the wayside. If Decurion can’t resurrect it, someone has to come along and scoop up the property. The Dome houses the largest contoured motion picture screen in the world, measuring 32 feet high and 86 feet wide.

Most of these Arclight Cinemas are in prime shopping centers in Santa Monica, Sherman Oaks and Pasadena. There’s even a new location in Boston. It’s a two-way street for this exhibitor and landlords: They need each other for excellent business to resume. These are some luxurious cinemas, and if Decurion can’t revive them, another exhibitor, perhaps an international one like Cinepolis, just might.

The Cinerama Dome is the only concrete geodesic dome on Earth. The theater is made up of 316 individual hexagonal and pentagonal shapes in 16 different sizes. Each of these pieces are roughly 12 feet across and weigh around 7,500 pounds.

JAGGER & GROHL — I’ve thoroughly enjoyed Mick Jagger’s solo output; from the brilliant albums She’s The Boss to Goddess In The Doorways and the single”God Gave My Everything” with Lenny Kravitz. Acutely aware of the industry and what’s going on, Jagger has continued to side with the best people possible; from Dave Stewart, to Rob Thomas and, of course, Kravitz. This week’s release of “Easy Sleazy” with Dave Grohl is totally enjoyable and dabbles lyrically with rigors of the pandemic. Face it, all these music people are cooped up, can’t tour, can’t even go into a proper recording studio and are probably spending most of their time wondering when and if, things will return to normal.

When Ringo released his EP Zoom In, he even resorted to recording a Diane Warren song! Personally, I loved The Stones’ “Living In A Ghost Town” more -“Easy Sleazy” is good, not great, and will be an after thought for sure when Covid-19 is over and out.

SHORT TAKES — J.D. Belcher guested with NEWHD’s Ray K. on his podcast. His book, The Inescapable Consequence is out April 23 on Yorkshire Publishing. Check it out here: https://newhdradio.com/raythekpodcast…. Micky Dolenz interviewed this week by the U.K.’s Record Collector and the BBC, for his new album Dolenz Sings Nesmith out May 21 … I was going through some old paperwork and came across an ad for Francis Ford Coppola’s re-booted The Godfather Coda: The Death of Michael Corleone, that was released last December. This was Coppola’s version of that last Godfathermovie, that he wasn’t allowed to release. Well, there was a flurry of interviews, with Francis too, and then it came out … and, nada. I met Coppola’s once at an event and he couldn’t have been nicer, He did as they say, charm the pants off me! Even introduced me to his wife Eleanor. Reading all the hype, I knew that this would be something special. Guess I was wrong. Sad. I’ll see it one day I’m sure …

Moby is considering the question he is often asked in interviews: “Do I think I’ve been treated unfairly?” muses the 55-year-old musician, who, let’s face it, is hardly a stranger to terrible press. “Honestly, I don’t think I have been. I’m sure there are times when I’ve been portrayed badly and it was accurate. And even with some of the bad stuff I’ve been through, I don’t have any right to complain. When you look at the 8 billion people on the planet, a reasonably affluent caucasian cis-gendered male public figure musician is not necessarily the first person you think of as having valid criticisms about how they’re being treated. Kind of a tragic article on the artist in The Guardian. Check it out here: https://www.theguardian.com/music/2021/apr/12/moby-on-fame-and-regret-i-was-an-out-of-control-utterly-entitled-drink-and-drug-addict …  And, Del Posto has closed. after 1 16-year run/ Exceptional Italian eatery on the West Side of NYC once owned by embattled chef Mario Batali.