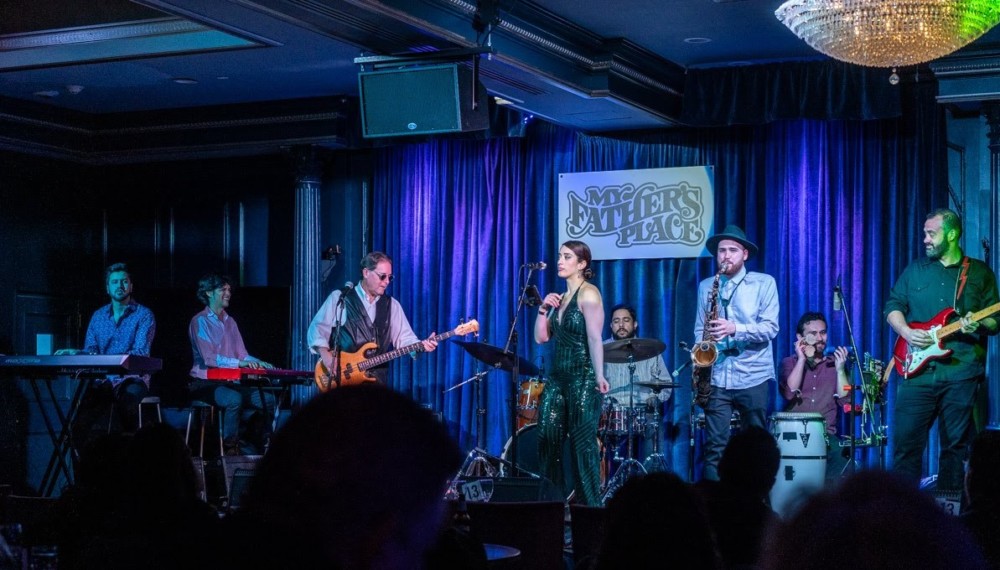 PROJECT GRAND SLAM RETURNS — After a cataclysmic 16-month break that no one wanted, things seem to be getting back to normalcy … somewhat. For musician Robert Miller, who leads the exemplary jazz/fusion/Latin band Project Grand Slam, it meant an abrupt end to live gigs and a temporary end to recording together.

In just 5 years Miller and his band have released 10 albums including a Billboard #1 (Trippin’ in 2018); had over 4 million video views; over 1 million Spotify streams; more than 50,000 Facebook fans; performed at festivals and concerts around the world, and opened for Edgar Winter, Blues Traveler, Boney James and Mindi Abair, and an after-show for YES.

Miller however, didn’t let any grass grow, as he began to work on his first-ever solo album, Summer Of Love 2020, and his second, Miller Rocks which was released last month. Both records were warmly received and featured Miller’s first-ever vocals.

This Sunday at the SteelStacks stage in Bethlehem, Pennsylvania, Project Grand Slam re-unites. Says Miller of the forthcoming show: “It was uplifting and thrilling to be playing together again after 16 months (to the day!) from our last gig at My Father’s Place. By the second rehearsal we sounded as tight as ever. Some of the songs we had never played together before, as they were recorded remotely during the pandemic. So, we worked out arrangements for playing them live. Totally psyched for our first post-Covid concert this Sunday at SteelStacks (https://www.steelstacks.org/event/10677/project-grand-slam/) in Bethlehem, PA!”

THE BLACKLIST SEASON FINALE — I’ve loved this show for all of its 8 seasons, yet there have been way more questions, than answers. 8 seasons in, we still don’t know exactly who Raymond Reddington is.

After last week’s episode, most viewers finally believed that Red was actually her mother, but with Elizabeth Keen now left dead in the final episode of the season, there’s really no reason for Red to reveal who he/she is.

Sure, the show may have dragged this question out for far too long, but James Spader’s performances have been nothing short of spectacular. It is, a master class.

Deadline had the best review, so take a peak: https://deadline.com/2021/06/the-blacklist-season-8-finale-recap-megan-boone-exit-elizabeth-keen-farewell-spoilers-1234780599/

It’s already been renewed for Season 9, so the adventures will continue.

SHORT TAKES — Watched the newest Physical show with Rose Bryne … loved it. On Apple + – watch this if you can. Flawless … Micky Dolenz interviewed by SiriusXM’s Lou Simon Thursday … Heard Journey’s new track -their first new one in 10 years- on Jim Kerr’s Q1043 show today called “The Way We Used To Be” – very nice, but definitely more 90’s, than now. Check it out:

Peter Noone this weekend at Steve Walter’s Cutting Room…

Great piece from SHOWBIZ 411 on the current success of Creedence Clearwater Revival-they have 3 songs on the iTunes Top 20. A great band from the 70’s featuring John Fogarty. Check it out here: https://www.showbiz411.com/2021/06/23/chart-toppers-out-of-nowhere-creedence-clearwater-revival-has-3-song-in-itunes-top-20-and-album-in-top-5 …

Joni Mitchell’s re-issue of Blue is also on their Top 20 … You know why all this great music has come back? Because what’s out there today is just not very good. Just saying! … Happy Bday Mick Fleetwood and Jeff Beck! And, RIP Jim Bessman.