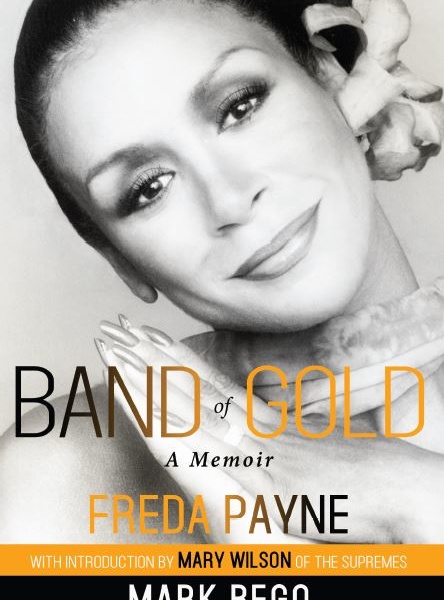 FREDA PAYNE AT NYC’S BIRDLAND — After an onslaught of major media for “Band Of Gold” songstress Freda Payne (including her telling-memoir written with celebrity-scribe Mark Bego, entitled Band Of Gold-A Memoir (viaYorkshire Publishing) we were invited to see her show Monday night at NYC’s Birdland. Walking to the famed nightspot, it dawned on me that the last time I’d been there was when they were located at Broadway at 52nd street. I can’t remember who it was that was appearing, but do remember seeing a veritable who’s who of bold-faced jazz names there.

When I got to my table, with their menu, there was a short bio on the club itself-take a read:”Dubbed the “The Jazz Corner of the World”, by its namesake, the late Charlie “Bird” Parker, Birdland is a modern nightclub in Midtown Manhattan in the tradition of classic New York elegance, and one of the town’s most iconic venues. In recent years, Birdland has presented memorable sets by such music legends as Oscar Peterson, Pat Metheny and Diana Krall, as well as the big bands of Chico O’Farrill and Maria Schneider. Birdland remains New York’s premier destination for jazz aficionados the world over.”

Take it from me, most clubs do not have a pedigree like this. Their current home on West 44th street is a fitting legacy to their former homes. Dimly-lit, but beautiful and intimate, and dripping with musical history.

I was with Payne when she appeared on ABC’s The View – singing for host Whoopi Goldberg on her birthday- but her set list tonight consisted of songs that fit Birdland to a tee. With just an outstanding three-piece band (including the marvelous Frank Owen on piano), Payne delivered just a sensational set. As my colleague  Stephen Sorokoff brilliantly stated just the other day, Payne got her start singing jazz and it was immediately clear that she hasn’t lost a thing. Passionate, inviting and telling, Payne’s vocal talents were nothing short of outstanding.

“The Best Is Yet To Come,” one of my favorites was her second song and her vocal delivery was just perfect. The song was written in 1959 by Cy Coleman with lyrics by Carolyn Leigh, and, it became a huge hit for Sinatra in 1964.

Just a terrific show. Payne is still here and more vibrant than ever before.

TIFFANY TROUBLES — Eighties pop star Tiffany lost her cool after a less-than-stellar performance in Florida over the weekend. The songstress, 50, struggled through a performance of her hit “I Think We’re Alone Now” while on stage in Melbourne, Florida on Sunday, heard singing hoarsely and even skipping lyrics at some points.

Though fans supported her by singing from the audience, Tiffany appeared to get agitated at the end of her set, prompting her to scream ‘F*** you’ to someone in the crowd.

Tiffany appears to be in the midst of her Shadows tour, which kicked off October 26th in Suquamish, Washington.

The star’s next show is scheduled for November 28th in Jacksonville, Florida.

Tiffany – full name Tiffany Renee Darwish – first rose to fame as a teen with her 1987 cover of the Tommy James and the Shondells classic “I Think We’re Alone Now.”

The track topped the Billboard Hot 100 chart for two-weeks straight.

Talking about her early rise to stardom with Closer in 2020, she said: ‘Fame is a trip, and the highs and lows affect you no matter what age you enter into it.”

SHORT TAKES — We’ve been somewhat remiss in discussing CBS’ re-booted CSI – now branded as CSI Las Vegas. When this show first premiered in 2000 (it ran to 2015), it was just filled with terrific whimsy, from the great characters to the behind-the-scenes of how a crime lab would work. Detailed action with some of the best music playing (thank you Miami Vice!) it was a huge hit that spawned two spin-off shows.

The re-booted show brought back Billy Petersen and Jorja Fox, and even Wallace Langham and Paul Guilfoyle as Jim Brass. The three are are brought back to help a framed David Hodges (Langham) and six episodes in, there are two very different stories going on. Honestly, the new cases are not all that sensational, but Petersen and Fox are indeed sensational. The new lab is now lighted so brightly, that the attention to detail so obvious in the last run, is nowhere near as flashy. Sure, the genie’s out of the bottle, but I would have thought they would have arrived at a suitable solution. Petersen’s sturdy presence makes the show a must-watch in my book … Big news coming next week from Micky Dolenz; fresh off the 41-date Monkees Farewell Tour. Stay tuned …

Was David Chase’s The Many Saints Of Neweark a hit; or a miss. Interesting article here, check it out:  https://screenrant.com/many-saints-newark-sopranos-hbo-max-box-office/ …

I walked into a Barnes & Noble the other day in NYC and was pleased to see Mary Wilson and Mark Bego’s Supreme Glamour, (2019) positioned in a display as a major holiday purchase. its a great read for sure … And, Happy BDay Danny Fried.