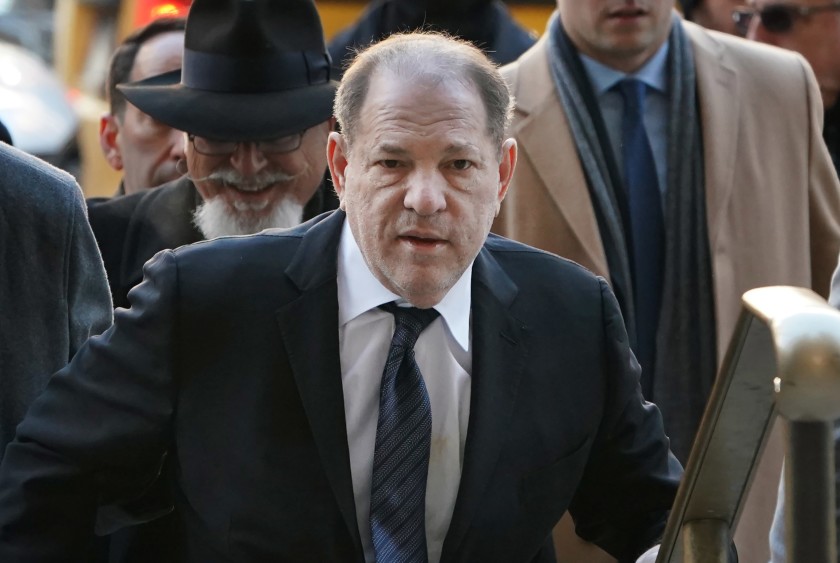 GRAMMY SHAME— I’ve been asked more questions about the Grammy Awardssince last week’s kerfuffle, than I have in years. Their currently in-exile president Deborah Dugan, last week made some claims that really could not be believed. Rape, sex harassment, vote-rigging, their attorney Joel Katz … it was almost like a Sopranos-episode come alive.

Timing is everything and Dugan’s claims made during Grammy week threw NARAS into free fall. As of this writing, NARAS is in complete disarray. Honestly, I really thought host Alicia Bridges would step down in solidarity, from hosting the show … I guess that didn’t happen. As one wag mentioned to me “it’s a huge payday to walk away from.”

Still, when all the dust settles, NARAS will rebound, but who will lead them? I’ve got a great choice, record producer and industry-stalwart Joel Diamond.

Diamond, who produced Engelbert Humperdinck’s “After The Lovin'” eons ago, is still a force to be reckoned with. He’s even had his own records as a artist himself and a label-deal (Silver Blue) via Columbia.

He’s a producer; been a label-head (suit); and, a solo artist. The perfect trifecta is you ask me.

Adds industry veteran PR-pasha David Salidor, “Joel is an excellent choice. He’s been involved in almost every facet of the industry and he would bring a clear, fair, passionate and honest voice to NARAS. They’d be lucky to have him.”

WENDY’S BDAY — Tucked amongst Avenue C in New York on the Lower East Side is Bedlam; an intimate venue that Friday night celebrated the birthday of social-influencer Wendy Stuart Kaplan. The event started with a reading of several pieces, including snippets of Glamour, Glory and Gold from Jackie Curtis; an intimate member of the legendary artist-par-excellence Andy Warhol.

Seen at the gathering were Stuart’s husband Alan, a noted photographer, who not only took photos but also some video; legendary NY-icon Adrianna Kaegi, once a coconut with Kid Creole & The Coconuts, but now also fronting her own, highly successful, media company Addy Media (https://addy.media/).

Stuart’s PR-man David Salidor, also on hand, did the media-roll-out for Kid Creole back in the day and has an extended history with Kaegi.

The legendary D.C. LaRue (here’s an early shot of Mr. LaRue) was also present for a brief performance of “Hot Jungle Drums and Voodoo Rhythm,” a 1979-classic-for sure.

HARVEY WEINSTEIN — As I’ve said before, I’ve never been a fan of Harvey Weinstein’s. I first dealt with him years ago when he (and, brother Bob) were concert promoters in Buffalo. Long story I won’t go into … but, I was continually bewildered as his star rose. Face it, Shakespeare In Love; Reservoir Dogs; The Crying Game; Pulp Fiction … the guy delivered like no one else. You just had to admire that. Brother Bob ran the spin-off Dimension (Scream franchise) and accrued his own series of hits. The brothers looked unstoppable.
I remember walking down Park Avenue one day and saw a small posse, with Harvey in front, coming out of Disney. The posse stopped and for the next few minutes, Harvey yelled at each one of them. That didn’t seem right either.

Well, the other shoe has certainly dropped. Harvey’s trial only began a week ago, but the testimonies are incredibly hard to hear. I’m not a lawyer -never wanted to be one- but, they’re in control now and will do anything and everything to win.
The truth is, it’s sad all around. Fingers crossed.

SHORT TAKES — Celebrity-author Mark Bego, does a iHeart radio tour Monday for his current smash Rocketman (Pegasus) … Robert Miller’s Project Grand Slam is prepping for their My Father’s Place show on Friday, February 21. Miller and the band are recording their new album this week in NYC … I am not a huge-Dick Wolff-fan for a variety of reasons, but his FBI last Tuesday, had just a sensational episode. Called Payback, the acting was off the charts and the script was brilliantly written. If you haven’t seen this show, its a stunner. Kudos to the Wolff-man … Great spot Friday on CBS Morning News with the LA Times’ Randy Lewis on the Grammy imbroglio. The guy knows his stuff. Bravo! … From Prog: Phil Collins, Mike Rutherford and Tony Banks were spotted last week at New York’s Madison Square Garden, sparking rumours that a Genesis reunion could be on the cards. The trio was watching the New York Knicks take on the Los Angeles Lakers at the iconic venue. Rutherford and Banks were seen sitting together as part of the regular in-game video segment which highlights celebrities in the crowd, while Collins appeared to be separate from them. Could the photos indicate a reunion is possible? Or perhaps the trio was in town to celebrate Collins’ 69th birthday which rolls around on January 30. Or maybe it’s just coincidence. We just don’t know.

Last summer, Rutherford joined Collins onstage during the vocalist’s show at Berlin’s Olympia Stadium where the pair played the 1978 track “Follow You Follow Me,” which appeared on the album …And Then There Were Three.  It was the first time they had shared a stage together since Genesis’ The Turn It On Again Tour in 2007. In 2016, Collins reflected on his “special” working relationship with Rutherford and Banks, saying he wouldn’t rule out working them again at some point in the future. “Doing the book Not Dead Yet, I was reminded just what good friends we are. What I will say is that I consider what we had was pretty special. That the three of us would come in with nothing – there wasn’t just one or two writers – we’d all three come in with nothing and we’d start playing until something happened. We’d record it and come back to it a few weeks later and from there songs would develop. That is pretty special, to have a relationship with guys that can do that. So I wouldn’t rule it out.” Happy Ken Dashow?