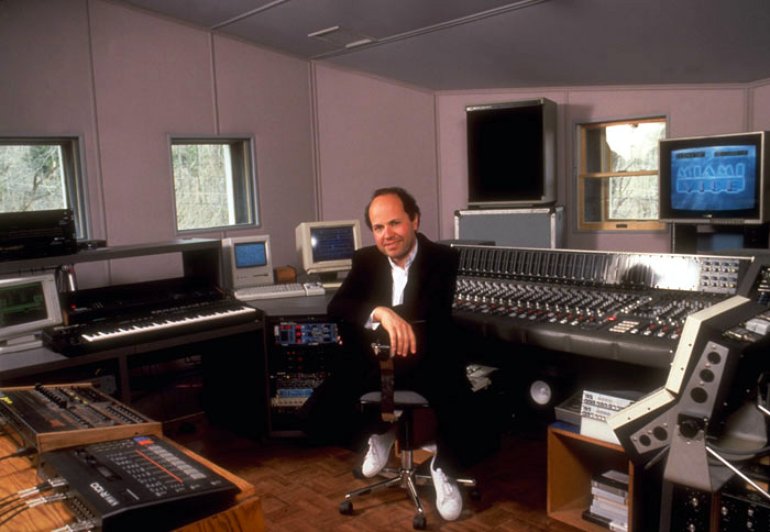 SEARS & HAMMER — I first met Elliot Sears when I was in college and he was shepherding this brilliant new artist, from Czechoslovakia, Jan Hammer. This was years before Miami Vice -he did the transcendent theme song- but he was just a brilliant, innovative artist even back then. My God, I think I was either in college or just exiting college, but it was a long time ago. Sears had offices on 45th street, that back in the day was what they called the Diamond District in NYC.

Sears was firm, formidable and clearly knew his way around a power point presentation. Hammer enjoyed huge success  with Vice and ended up producing Jeff Beck’s monumental album Wired. Over the next decade Jan produced and performed on nearly 20 albums with his own bands (the Jan Hammer Group, and later Hammer), and such musicians as Beck, Al Di Meola, and Neal Schon (of Journey), among others. And his work was just stunning. Exemplary for sure.
I had done some work with Nat Weiss’ legendary Nemperor Records and Hammer’s first album, The First Seven Days, was a critical hit there. I met him and instantly liked him.
After the Wired album turned platinum Hammer embarked a on a massive 8 month, 117 date tour that yielded the gold album Jeff Beck with the Jan Hammer Group Live. In 1981 and 1983 Jan teamed up with Neal Schon on the albums Untold Passion and Here To Stay and, still in 1983, Jan also joined Beck, Jimmy Page, Eric Clapton, Joe Cocker and others for a series of benefit concerts for Ronnie Lane’s ARMS (Action Research into Multiple Sclerosis).
Into 1984, Jan played on Mick Jagger’s She’s The Boss and Jeff Beck’s Flash — which included Jan’s Grammy-winning song “Escape.”
When Vice dimmed, so did Hammer’s light for a bit, but I kept getting press releases (mailed, then emailed) about Hammer -from Sears- and I marveled at the pair’s tenacity.
I even have an early bxw photo of Hammer and I in mid-interview. He was just a great, great personality. 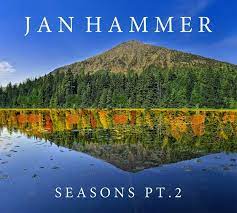 Oddly enough I had been thinking about Sears and Hammer in recent weeks and Monday I received a press release from Sears -now based in Connecticut- about a new Hammer release called Season Part 2. I haven’t received it yet, but I assume I will and it will feature the ongoing brilliance of Hammer … and Sears.
Welcome back! https://www.janhammer.com/home
ELVIS MANNA — Tuesday was 45 years since we lost Elvis. With the hype surrounding Baz Lurmann’s recent Elvis pic, it does seem like Elvis is hotter than ever. Was the movie a hit? I guess so, but that’s why you do all your major media before the movie comes out. I still haven’t seen it and my expectations have dimmed just a bit. Honestly, I’ve heard more cons than pros, but I’ll see it for sure as Lurmann is one of my guilty pleasures, 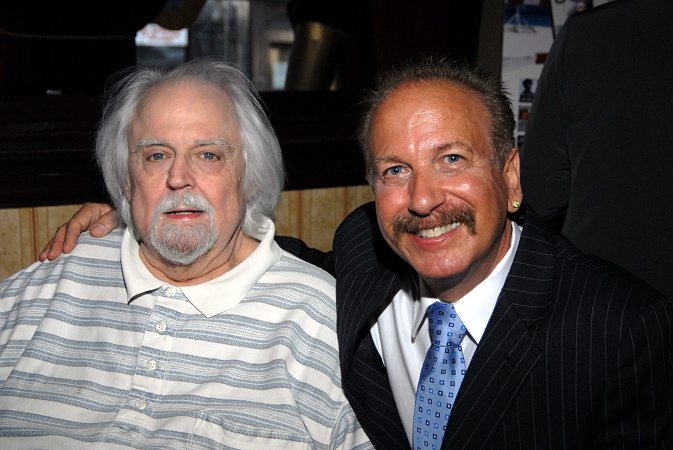 But I feel the Elvis-story is still yet to be told. Lamar Fike, one of Elvis’ trusted Memphis Mafia-boys did tell his story to celeb-scribe Mark Bego. I did get to know Lamar a bit and he was definitely a fascinating character. Why that book hasn’t it come out in a mystery. There was a last minute rush to possibly publishing it, but it fell apart.

Methinks there is a great story to be told. there. 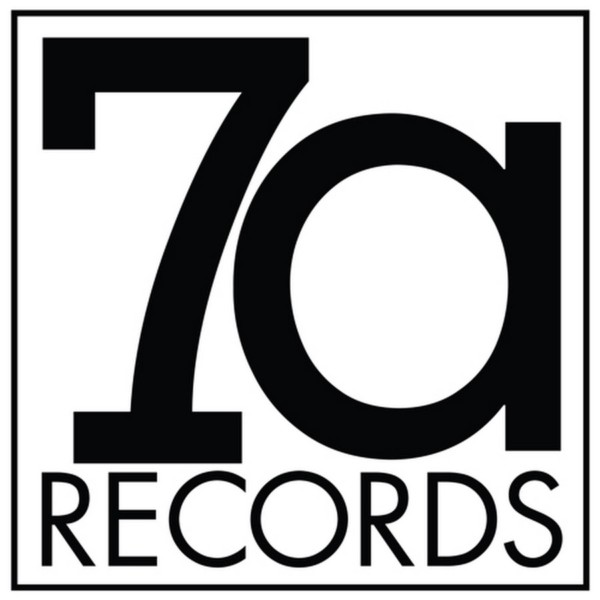 SHORT TAKES — Terrific article in the UK’s Record Collector on Glenn Gretlund’s 7a Records. Well deserved … SIGHTING: PR-pasha David Salidor and staff at Oxomoco in Greenpoint … Telling item in Page Six last week about Jenna Bush-Hager getting a tad too close to chef Justin Sylvester during their cooking-segment. I watched it and it did happen exactly this way –

https://pagesix.com/2022/08/12/justin-sylvester-pushes-jenna-bush-hager-after-she-gets-too-close/
… Micky Dolenz’s “My Heart Is Failing Me” is at #8 on Mike Read’s Heritage Chart in the UK … In light of the new Warner Brothers Discovery scrubbing the Batgirl movie from their release schedule comes a rather terrific article from Hollywood Reporter on other such movies, suddenly scrapped. Check it out:
https://www.hollywoodreporter.com/movies/movie-news/lost-movies-unseen-films-unreleased-shows-controversy-1235194780/
… With The Loeb Boatman restaurant being jettisoned, other restaurateurs are coming into the fold. Check this out from Eater: NYC Restaurateurs Are Circling Around Central Park’s Loeb Boathouse Sale – Eater NY 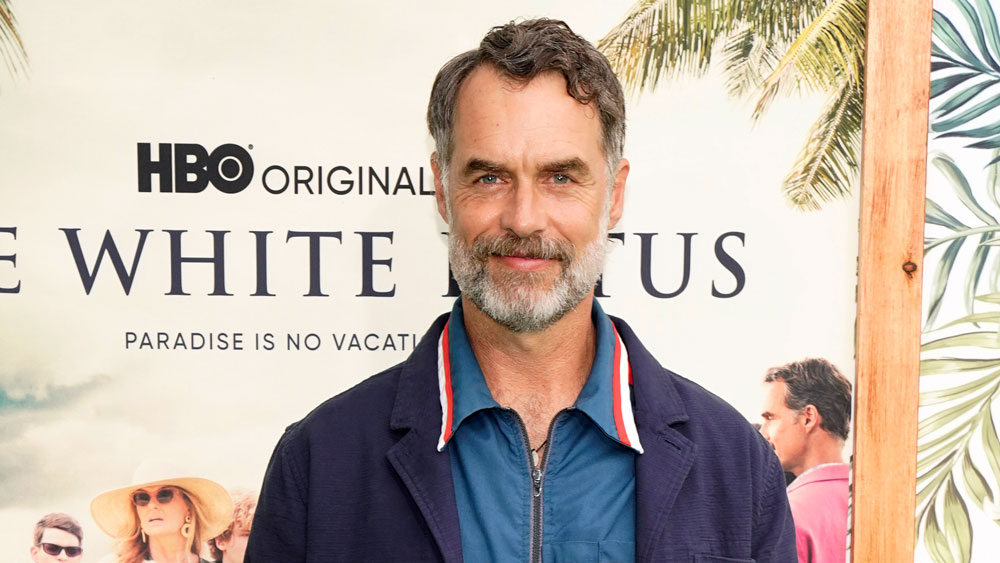 Murray Bartlett, a cast member in “The White Lotus,” poses at the premiere of the HBO limited series, Wednesday, July 7, 2021, at the Bel Air Bay Club in Los Angeles. (AP Photo/Chris Pizzello)

… Aussie-actor Murray Bartlett was just superb in Mike White’s White Lotus (HBO) as the hotel manager Armond and was even better as Vinnie Green in Apple +’s Physical with Rose Bryne. The man is a star. Check out this interview on him from Awards Daily: https://www.awardsdaily.com/2022/08/12/murray-bartlett-on-the-magic-of-playing-armond-in-mike-whites-the-white-lotus/ 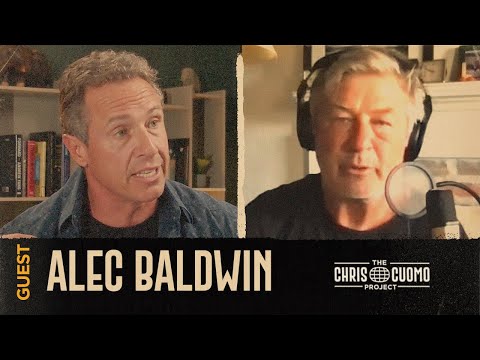