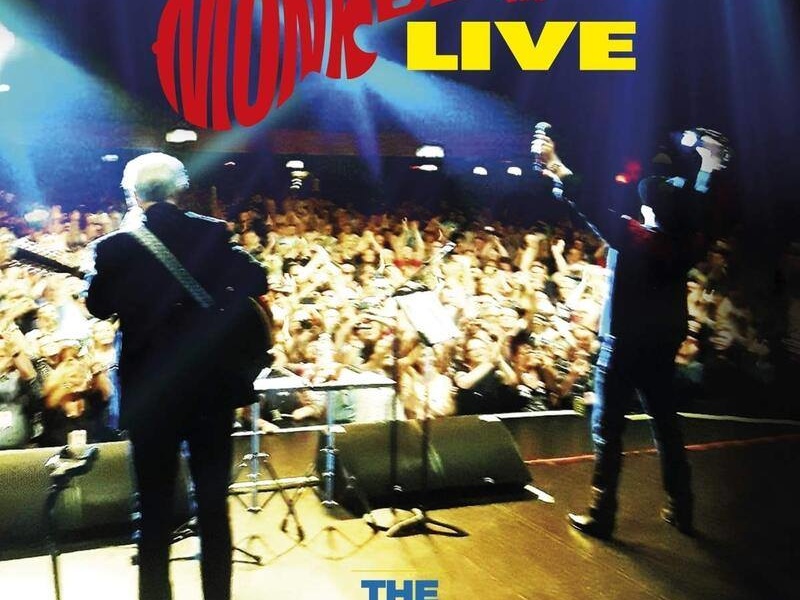 MICKY DOLENZ TAKES MFP FOR TWO SHOWS — Micky Dolenz returned to Long Island Sunday night, for two shows at the legendary My Father’s Place. Dolenz just finished the 50 Years Ago tour late last year, with the likes of Todd Rundgren, Christopher Cross, Joey Molland and Jason Scheff, and he brought the energy and excitement of that tour (which he really embraced) to these two shows. With a new set-list –several songs from the Beatles’ White Album are included- Dolenz and his stellar five-piece band were on fire from the opening notes of “(I’m Not Your) Steppin’ Stone,” to his interpretations of “Rocky Raccoon,” “I’m So Tired” and “Back In The USSR.”

I saw three of those 50 Years shows and the thing that struck me right away was not the fact that Dolenz sang them ever so perfectly –his voice seems stronger than ever- but, the fact the he acted out the lyrics which was just mesmerizing. He did the same Sunday night and the crowd reaction was outstanding. Dolenz told me later when I sounded him on that, saying “it’s true music theater.” Personally, he raised the bar on “Tired” and it didn’t stop for the rest of the show.

The Monkees’ hits, “Daydream” Believer,” I’m A Believer,” “Mary Mary and “For Pete’s Sake” were spot on. By the way, he did make mention of the late-Peter Tork, as the one-year anniversary of his passing was last week.

Micky’s sister Coco took the lead for “Different Drum” which, as Dolenz recounted, Mike Nesmith wrote for The Monkees, but the powers-that-be passed on the song, so he got it to Linda Ronstadt. As they say, the rest of history. A great song and Coco delivered, as always, a first class vocal.

Keyboardist Dave Alexander stepped to the front of the stage to deliver a performance of “Lookout Here Come Tomorrow,” which the crowd ate up. I always loved this song and doing it was a brilliant move.

Also stellar was “Back In The USSR’ where guitarist Wayne Avers put forth a sizzling solo. Avers if you recall, was noted in the reviews over and over, about his guitar solo for Chicago’s “25 Or 6 To 4” on the 50 Years show.

Drummer Rich Dart and bassist John Billings were as good as I’ve ever seen them.

Thanks to Gary Hahn for the excellent shot of Mr. Dolenz.

Both shows, were sold-out and seen in the mix were My Father’s Place’s Eppy; Dolenz PR-man David Salidor; Markos Papdatos and Gary Hahn from Digital Journal; Dolenz-aide Jane Blunkell and Dolenz’s wife Donna.

SEBASTIAN ROCKS —John Sebastian will reunite with the surviving members of the Lovin’ Spoonful for the first time in 20 years later this week as part of a Los Angeles-area benefit gig.

Sebastian and former band-mates Joe Butler and Steve Boone last performed together at their Rock and Roll Hall of Fame induction ceremony in 2000. On February 29th, the three Lovin’ Spoonful members will take the stage at Glendale, California’s Alex Theatre at a benefit concert in support of the Autism Think Tank. The show is presented by the Wild Honey Orchestra.

“I’m delighted to be honored this month by the Wild Honey Orchestra, the musical team that’s doing an Autism Think Tank benefit this year in Glendale, California. And this year their subject is the Lovin’ Spoonful,” Sebastian said in a statement, noting that the performance isn’t a true Lovin’ Spoonful reunion.

“Since Steve, Joe and I agreed to attend, I’ve gotten correspondence about a Lovin’ Spoonful ‘reunion,’ and I want to clarify. Spoonful reunions without Zalman (Zal) Yanovsky are more like get-togethers. Most of the music at the show is played by a great assortment of studio musicians, not always including us. It’ll be a blast but a reunion would be a misnomer.”

Yanovsky, the co-founder of Lovin’ Spoonful with Sebastian, died in 2002. Boone and Butler joined the band in 1965; this Rock Hall-inducted classic lineup produced the singles “Do You Believe in Magic?”, “Summer in the City” and “Daydream.”

MEDEA — Simon Stone’s take on the classic Medea, for this writer, was pretty special. If you know the story (mentally-disturbed woman ends up murdering her two kids and herself); you know it’s a definite downer. But, with stars Rose Bryne and Bobbie Cannavale, it’s a slick ride; warts and all.

Cannavale is a lab worker with Bryne and gets recognition supposedly for the work Bryne has done. Now, after a stay at a mental ward, she comes home to Cannavale for forgiveness. However, in her time away, he has fallen in love (or, lust) with the daughter of the lab owner.

Cannavale who I’ve watched and enjoyed for years, in everything from The Station Agent ;The Irishman ; Danny Collins ; Ant-Man; and Will & Grace (he was Will’s bf for a spell), he delivers on all cylinders; somewhat befuddled for the recognition that has come his way and still a tad sweet on Bryne. After a foolish liaison with her, everyone is confronted by their dalliance and bears their true feelings.

Dylan Baker, the father, is only onstage for scant moments, but delivers an award-winning performance.

Stone has staged his show with blinding white light and a wrap-around white border; at times  focusing closely with a video camera on Bryne and Cannavale’s faces. btw: Bryne and Cannavale are a real-life couple; adding some extra sizzle to their performances.

The Harvey Theatre at BAM was packed with theater aficionados. It’s only running til March 8, but already something of an instant classic. I loved it.

SHORT TAKES — Here’s the cover of the forthcoming album (in April on Rhino) of The Mike & Micky Show. The two start another tour on the West Coast in April and are rumored to be here on the East come September …

Last Friday night was Robert Miller’s Project Grand Slam at My Father’s Place and here one of the band from the night and one of Miller with the indefatigable Eppy. Look for the group to be back shortly (thanks to John R. Wisdom for the terrific photos) …

As we went to press, Harvey Weinstein was found guilty of his lesser charges. The two big ones, he was acquitted of. Immediately taken to Rikers, in handcuffs, he could spend the next several decades under wraps … Hoping to get a copy of the Gene Cornish My Life As A Rascal book; one miraculously is in the mail … Micky Dolenz will be on hand for that John Sebastian tribute … Dolenz-bassist John Billings and his wife Amy’s Wine Down outpost in Nashville is celebrating their one-year anniversary shortly. Congrats …  And, good bye to Lauren Rosenthal at Pegasus Books. She was instrumental in Mark Bego’s recent success with his Rocketman Elton-bio. Good luck !