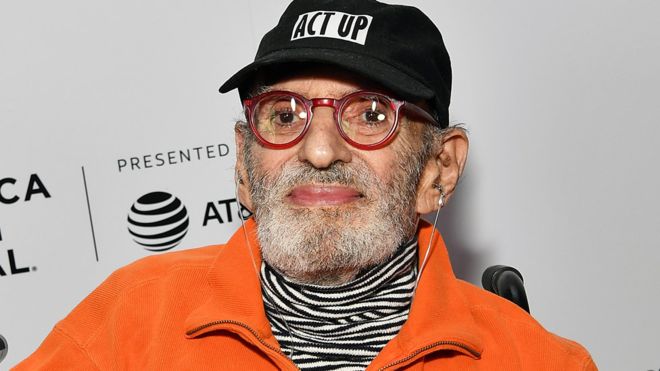 INTRODUCING DANIELIA COTTON — The music video for widely acclaimed blues-rocker Danielia Cotton’s new stomping anthem, “Cheap High,”  from her debut album -set for release next week- A Different War, premieres today at American Songwriter, (https://americansongwriter.com/) noting how “Cotton’s raspy voice is tinged with anger and frustration, but she channels her powerful vocal delivery into a cathartic triumph by the song’s end.”

Cotton drew on childhood memories of surviving as a poor multi-racial youth in an upper middle-class New Jersey community. While creating the video, she was astonished witnessing the addictive power of a “cheap high” surge through our communities during the pandemic, further highlighting our economic disparities.

Check out the video:

“Right now, there are so many people in their homes with no money coming, yet they’re frantically ordering all kinds of items online,” says Cotton. “It’s still going on. It’s even coming down to buying ridiculous things like designer brands for masks. It’s crazy. And then there are those who wear masks made from a handkerchief because that’s all they’ve got.”

Writing “Cheap High,” made Cotton think a lot about the things she didn’t have as a kid – like running water, which she went without until she was in high school. And not having traditional heating, instead having to chop wood for the stove with her sister when they came home from track practice. And being laughed at by the other kids in junior high for wearing cheap supermarket sneakers. The result was that spending became a formidable drug for her that substituted for other substances she found less desirable. The song speaks not only to personal unhappiness arising from greed but also to the dangers of a society mired in an economic disparity that even the pandemic cannot break.

“We haven’t had such a disparity between the rich and the poor like this in a long time,” she says. “Showing off things to prove you have money is a cheap high. That’s where we all are right now. Spending is an epidemic in our country, but what makes you truly happy in life is people and love.

The pandemic shutdown limited filming inside her Manhattan apartment and on the building’s roof deck, just her and videographer Ray Foley, socially distanced from each other during the entire process. Fittingly, the song is about isolation − the isolation that comes with any addiction, such as spending, and when one is besieged by self-doubt. The video forcefully conveys that sense of isolation and emptiness, courtesy of COVID-19.

“Cheap High” is the second single from A Different War, her most politically charged album in a widely heralded career that has drawn praise from the New York Times, Billboard, the Los Angeles Times, NPR, and USA Today. Set for release May 29 on all major digital platforms through Cottontown Music, the album will be celebrated that evening by RadioWoodstock 100.1 with a Sofa Sessions Livestream Concert Event at 7 p.m. ET.

We love the single; is she the female-Lenny Kravitz? Could well be. Stunningly good.

BAXTER PASSES —Bucky Baxter — an ace pedal steel guitarist who played in Bob Dylan’s band for much of the Nineties on Dylan’s Never Ending Tour — died Monday in Sanibel Island, Florida. He was 65. Baxter’s son, singer-songwriter Rayland Baxter, confirmed his father’s death via Instagram on Tuesday.

Born William Baxter in Melbourne, Florida, in 1955, Baxter began studying pedal steel guitar in the Seventies. In the Eighties, he met the country songwriter Steve Earle and played on Earle’s influential 1986 debut, Guitar Town, along with other classic Earle albums like 1988’s Copperhead Road and 1990’s The Hard Way. Baxter also toured with Earle as a founding member of his longtime backing band the Dukes.

During a tour with Earle, he met Bob Dylan, who asked Baxter to give him steel guitar lessons. In 1992, he joined Dylan’s band as steel player and multi-instrumentalist, hitting the road on Dylan’s storied Never Ending Tour. Baxter traveled the globe with Dylan through 1999, playing more than 750 shows, including a 1995 MTV Unplugged concert, and adding pedal steel to Dylan’s Grammy-winning 1997 album, Time Out of Mind.

Upon leaving Dylan’s band, he released the solo instrumental album Most Likely, No Problem in 1999 and began working with Ryan Adams, touring with the alt-country artist and playing on Adams’ albums Gold and Demolition. He would go on to record with a number of other country and Americana acts, contributing steel guitar to records by Kacey Musgraves, Old Crow Medicine Show, and those by his own son, including 2018’s Wide Awake opus.

For all his years on the road with Dylan, Baxter says he never tried to strike up a friendship with the reclusive songwriter. “I just worked for him. And we had a good working relationship … but I never went to his house for Thanksgiving or anything,” he told the Dylan fan magazine On The Tracks. “I think that’s why I lasted so long — I conducted myself professionally and let him be. I never bugged him.”

AGT AOK — America’s Got Talent producers and NBC announced that an outside investigation into Gabrielle Union’s dismissal from the series has been completed and dismissed most of the former judge’s accusations that the show and its producers created a racist and generally “toxic” culture.

“Through the investigation process, it has been revealed that no one associated with the show made any insensitive or derogatory remarks about Ms. Union’s appearance, and that neither race nor gender was a contributing factor in the advancement or elimination of contestants at any time,” the statement read, in part. “The investigation has shown that the concerns raised by Ms. Union had no bearing on the decision not to exercise the option on her contract.”

The investigation did find “some areas in which reporting processes could be improved,” the statement from NBC and show producers Fremantle and Sycoconceded.

Below is the full statement from NBC, Fremantle and Syco.

We have a shared passion to make America’s Got Talent a positive, inclusive and diverse show that is open to all individuals from any country or background. We are proud and grateful that our contestants and audiences support our ongoing mission, which is represented in the incredible people who participate in the show each year. We have heard from contestants and talent alike that their experience on AGT has had a positive impact on their lives. When we heard Ms. Union had concerns about her time on the show, we took them extremely seriously.

NBC, Fremantle and Syco immediately engaged an outside investigator who conducted more than 30 interviews to review the issues raised by Ms. Union. While the investigation has demonstrated an overall culture of diversity, it has also highlighted some areas in which reporting processes could be improved.

Through the investigation process, it has been revealed that no one associated with the show made any insensitive or derogatory remarks about Ms. Union’s appearance, and that neither race nor gender was a contributing factor in the advancement or elimination of contestants at any time. The investigation has shown that the concerns raised by Ms. Union had no bearing on the decision not to exercise the option on her contract.

NBC, Fremantle and Syco share Ms. Union’s dedication to diversity and inclusion in the industry. We continue to remain committed to having an inclusive environment for everyone associated with the show, and to upholding AGT as one of the most diverse programs on television.

In a Variety cover story published Wednesday, Union reiterated her complaints about her treatment on the show and the challenges of speaking up publicly about them: “There are some people who want the wheels of change to come to a grinding halt because they feel that their privilege is being challenged.”

A person familiar with the investigation told TheWrap that while Union has asked the outside investigator to follow up on a few issues, those specific items would not materially change the findings.

The investigation began in November. Since it launched, Union has met with NBC and producers to discuss her accusations.

Union’s Got Talent contract was not renewed following several behind-the-scenes incidents and what producers described as “difficult” behavior. According to Vulture, which first reported the rift, Union complained about judge Simon Cowell smoking indoors, a remark during taping by guest judge Jay Leno she deemed to be a racist that did not make it to air, and the misgendering of contestants.

In addition, Vulture reported that Union had supported a 10-year-old African American rapper before being told that the show needed “an act America can get behind.” Union also said that producers complained some of her hairstyles were “too black.”

Fellow judge Julianne Hough was let go at the same time as Union. New judge Sofia Vergara and the returning Heidi Klum have replaced Hough and Union for the next season of the show.

SHORT TAKES — Micky Dolenz spoke to Billboard’s Gary Graff re the Laurel Canyon docu; premiering Sunday, May 31′ and, here’s the link to a terrific interview in the current issue of Goldmine: https://www.goldminemag.com/interviews/micky-dolenz-and-more-monkees-music …

Romeo Delight the #1 Van Halen-tribute band, has moved their Cutting Room-date to October per Steve Walter … We were just gifted an advance look at Robert Miller’s next video (with his Project Grand Slam outfit) called “Pardners.” Just brilliant! … its miraculous. Stay tuned … Larry Kramer RIP. What a voice in the HIV/AIDS battle. And, The Normal Heart? Sensational … Loud and proud he’ll be missed … HAPPY BDAY BUDDY BLANCH!

G. H. HARDINGJuly 24, 2022
Read More
Scroll for more
Tap
How Are We Coping With Self Isolation: Insight From Around the Country And The World With Jon Hammond
Blast From The Past: 1999 Jekyll & Hyde at Woodbury Commons