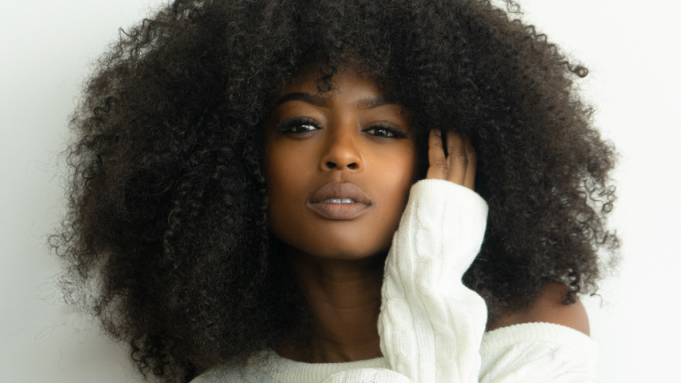 JAVICIA’S VAN WITH A PLANT — God Friended Me co-star Javicia Leslie has been cast as the new Batwoman, succeeding Ruby Rose who exited the role after the end of Season 1. Leslie, confirmed to play a new character named Ryan Wilder, will make her debut in the iconic cape and cowl when Batwoman returns to the CW for its second season in January.

Batwoman producers did not look far to find their new lead — Leslie is coming off a two-season run as a series regular on the drama for CBS’ God Friended Me.

“I am extremely proud to be the first Black actress to play the iconic role of Batwoman on television, and as a bisexual woman, I am honored to join this groundbreaking show which has been such a trailblazer for the LGBTQ+ community,” Leslie said.

Batwoman premiered last fall as the first superhero series in television history to feature an avowed LGBTQ character as the central character. Following Rose’s departure, the producers vowed to cast another LGBTQ actor in the role.

As previously reported, Leslie will play a new character in the title role that will succeed Rose’s Kate Kane. Leslie will portray Ryan Wilder who is about to become Batwoman. She’s likable, messy, a little goofy and untamed. She’s also nothing like Kate Kane, the woman who wore the Batsuit before her. With no one in her life to keep her on track, Ryan spent years as a drug-runner, dodging the GCPD and masking her pain with bad habits. Today Ryan lives in her van with her plant. A girl who would steal milk for an alley cat and also could kill you with her bare hands, Ryan is the most dangerous type of fighter: highly skilled and wildly undisciplined. An out lesbian. Athletic. Raw. Passionate. Fallible. And very much not your stereotypical All-American hero.

Leslie’s credits also include BET drama series The Family Business, as well as the feature Always a Bridesmaid.

“I’m inventing a whole new character who in her past was inspired by Batwoman, so she will take on the mantle and is completely maybe not the right person at the time to be doing it, so that’s what makes it fun,” Dries recently said of the decision to introduce a new Batwoman character, adding that rebooting Batwoman as a different character allows the show to “respect everything that Ruby put into the Kate Kane character” and “helps the audience a little bit too, that we are not asking them to not address the elephant in the room.”

Interesting development to say the least. As I’ve stated before, this is a herculean task and one that the odds are totally against it succeeding. Clearly, they are keeping the door open for a possible Ruby Rose-return (if only for one episode).

In the first season, all the characters were so intertwined with Rose, I can’t see how they will fit with a new character … let alone a new Batwoman. Truth be told, all those other characters can easily be discarded now. Note to them: Get your resumes in order!

I applaud Dries’ creativity, but I think she’s dug herself into a deep, deep hole. We’ll see what happens

The 75-year-old Beaufort native, who now lives in New York City, has had a full life as a former executive-turned-freelance writer, inspirational speaker and speech coach.

Greenly, who once struggled to find his own voice in the world, has gone on to write hundreds of songs for others to sing – from pop songs to country songs and even dance club hits.

In fact, as a Billboard top 10 lyricist, Greenly has had multiple songs on the Dance Club Charts – including four that went on to become No. 1 hits, working with the likes of star-remixer, turned producer, Tony Moran.

For example “With You,” written for Kimberly Davis, lead singer of the band Chic (Nile Rogers), of the mega disco hit “Le Freak” fame. It’s a song that came in at No. 4 on the Billboard Dance Club Chart in 2014. And, “Get Up,” another hit written for Davis that came in on the same charts at No. 12 in 2010.

Greenly also wrote Virginia’s official state song “Our Great Virginia” which was passed into law in 2015, as well as many others.

“But writing a song is different from having a song published,” he said recently from his East Side home in Manhattan, explaining that not every song he writes is published or becomes a hit.

As a former Avon executive, Greenly would often change or edit songs that would come across his desk meant for use in marketing initiatives or sales meetings simply because he knew the campaigns or projects better than the person writing them. Before long, he was writing the song lyrics himself.

After leaving Avon to go out on his own, he and a composer friend who had teamed up on a song for an agency pitch, received particularly good feedback.

After the meeting Greenly turned to his friend and said, “You know, they loved our song. Why don’t we try writing songs for the public?”

After his initial foray into “public” songwriting, Greenly was hooked.

More recently, Mike penned “I See You,” a song he wrote to call attention to the way older Americans are sometimes treated. Performed by recording artist Grant Maloy Smith, the song was recently adopted by the organization Masterpiece Living, a multi-specialty group specializing in aging issues.

“I love using my words to make a difference,” he said.

These days, Greenly is enjoying life more than ever – whether he’s writing hit songs, working on more corporate endeavors or walking executives through the ins and outs of public speaking.

EAGLE MAN OUT —(via Forgotten Hits) – Did you happen to catch The Eagles concert on ESPN last weekend? Another great, near-perfect show (as usual) … three hours of some of the best music of our lives, expertly performed by one of the greatest bands of all time. (Can you believe that Don Henley is the only original member still with the band?)

That’s OK … because his bandmates Joe Walsh, Timothy B. Schmit, Glenn Frey’s son Deacon and Country Superstar Vince Gill (who even gets to perform one of his own country hits) make it all sound as good as ANY live performance can sound.

Which begs the question: How is it possible that guitarist, arranger, band-leader and co-writer of many of the band’s latest tunes with Don Henley, Steuart Smith is still not “officially” a member of The Eagles?

We’ve been wondering the same thing … and last week Ultimate Classic Rock broached this issue, too … check it out:

SHORT TAKES — Blindspot on NBC, airs its series finale next week. Here’s the advance notes that NBC sent out to media: Turn off your mind relax and float downstream…it is not dying…it is not dying. Their 11-episode run this year, to close out the series, has just been phenomenal. Looking very much forward to this one … Run, on HBO, has been canceled. I watched the first two episodes –with the brilliant Merritt Wever (Rudy) and Domhall Gleeson (Billy) – but, just didn’t get it. The two leads just didn’t have the right chemistry. The show was produced by Vicky Jones and Phoebe Waller-Bridge of Fleabag. Turns out that the character Billy (Gleeson), perpetrated this whole thing for a book deal. Clever ending, but it just didn’t click … Is this the new mantra of the day? Scream Inside Your Heart! …

Just watched White Lines on Netflix – reportedly from the same producers of Money Heist – and, liked it, mostly for the EDM music throughout. The plot went on a bit too long; it should have been 8 episodes … Still no Molly Ellis response from Macmillan books … odd, but not unexpected … Congrats to Robert Miller of Project Grand Slam. Their new album East Side Sessions is out in 2 weeks … Terrible-Brett Winterble? Is he still on the air? … And, Happy Bday to Jimmy Bralower.