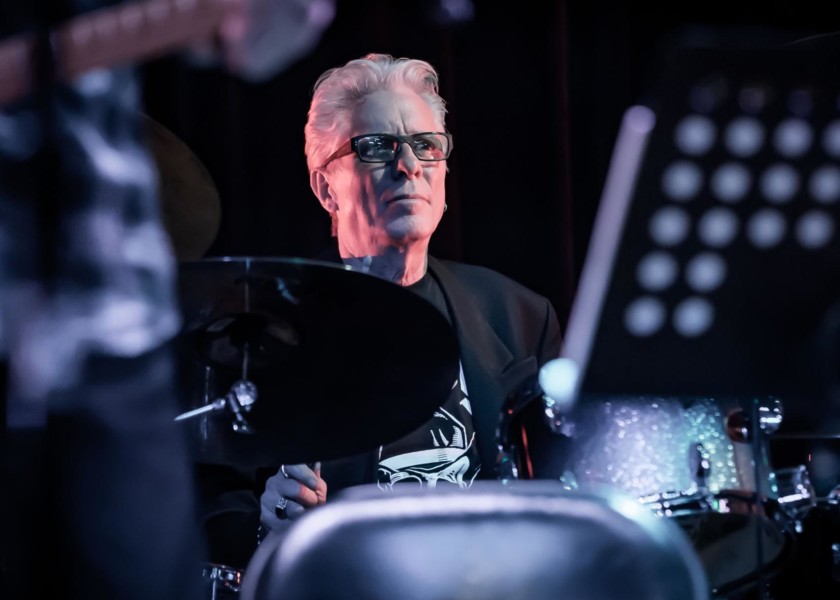 OLDAKER PASSES — Drummer Jamie Oldaker, whose career included stints alongside Eric Clapton and Peter Frampton, has died at the age of 68.

The rocker reportedly passed away at his Tulsa, Okla. home, surrounded by his family. He had battled cancer in recent years.

Born and raised in Tulsa, Oldaker took up drumming at a young age. One of his earliest moments of inspiration was watching the Beatles perform on the Ed Sullivan Show. He’d later grace that same iconic studio stage while performing with Phil Driscoll.

In 1974, Oldaker played on Clapton’s 461 Ocean Boulevard, the rocker’s first LP following a three-year absence due to heroin addiction. Clapton claimed that hearing a demo recording of Oldaker alongside keyboardist Dick Sims helped inspire him to get back in the studio. 461 Ocean Boulevard would go on to great success, buoyed by the hit single “I Shot the Sheriff.” It would be the first of 11 Clapton albums to feature Oldaker on drums, a list which includes Slowhand (1977), Backless (1978) and Behind the Sun (1985).

Frampton reportedly heard one of Clapton’s songs with Oldaker and determined he had to recruit him for his own band. The drummer would appear on several of Frampton’s releases – including Where I Should Be (1979) and Rise Up (1980) – while also regularly touring alongside the famed rocker.

“Jamie Oldaker has been my dear friend and brother for over 40 years,”

Frampton said in a statement provided to Tulsa World. “He was a very warm, caring, true friend with a gentle heart. He cared about us all almost more than he did himself. Most will know him as the drummer on Eric Clapton’s albums. His playing was unique; a laid-back style of drumming with an incredible feel. We traveled the world, played many wonderful shows and great recordings together. He was a much loved person and I will miss him for the rest of my time here. Love you, Jamie.”

In a post to Facebook, John Regan, the bassist who played with Oldaker in both Frampton’s band and Frehely’s Comet, remembered his fallen bandmate as a “legend” with an “inimitable musical style and sense of humor.”

Other credits on the drummer’s resume includes work alongside Bob Seger, Leon Russell, Ronnie Dunn and the Gap Band. Oldaker was also a founding member of the country rock group the Tractors. The band enjoyed success in the mid-90’s thanks to their self-titled, debut album which sold more than three million copies and earned two Grammy nominations.

In 2010, Oldaker was inducted into the Oklahoma Music Hall of Fame.He is survived by his wife, Mary, and their children, Andrew and Olivia.

Clapton offered a particularly heartfelt tribute: My life had been in serious decline when I was introduced to Jamie, the hard drug had taken its toll and I had lost interest in pretty much everything.

Carl Radle, the wonderful man who played with me in the Dominos and knew about my predicament, sent me a message along with a cassette, saying “you have to hear these kids”, I listened and something woke up in me, I wanted to play again.

‘The kids’ of course were Jamie Oldaker and Dickie Sims, who along with Carl we’re in Tulsa making incredible, sophisticated music, it had everything.

I jumped at the proposition, and we began our momentous journey.

We went as far as we could go, (with me as the annoying burden most of the time), but on the way we made incredible music , sometimes cool, sometimes crazy, but always with a supreme pocket thanks to those guys, all I had to do was float along on top and sometimes just try to stay conscious.

Then another crisis, which separated us all for a while, and I was finding it hard to get back in the saddle, I called Jamie, and for the second time, he saved my bacon.

The kind of man he is, matches his drums.

He is as solid as rock and I could listen to him talk all night long, many times I have, his knowledge is a wink and a sparkle in his eye, which says everything.

I listen to Slowhand now and then to try and remember what it is I’m supposed to be doing. And I end up listening to Jamie and saying to my wife “did you hear that?”

What more can I say.

SHORT TAKES — In addition to his BFA podcast series; WFAN’s Zach Martin has started up NEWHDEUSA (https://newhdusa.com/) which will pair the podcast content with editorial. Martin, long a pioneer in the radio end – he used to be Scott Muni’s engineer – is to be applauded for this latest endeavor. Check out their recent additions on celebrity-biographer Mark Bego; grunge-rockers Daeodon and Buddy Blanch’s Romeo Delight … I’ve said it before, I remain a fan of Don Johnson’s Nash Bridges series; the show which paired him up with the always funny Cheech Marin (Cheech and Chong).

I taped a Nash-episode the other day, the 1996 episode, 25 Hours of Christmas, with the late-Clarence Clemmons coming on at the end, singing a song, with none other than Carmine Appice there on drums … along with Neal Schon and Russ Valory (Journey). It must have been some taping that day! …

Earlier this week, Steve Winwood told Premiere Radio he doesn’t want to tour with his former Traffic bandmate Dave Mason. But Mason isn’t interested in a war of words. His spokeswoman tells us, “Dave wishes all the best to Steve with his upcoming project. Dave, too, is busy at work on new music and a re-imagined release of his classic album Alone Together set for release this fall as Alone Together…Again. In addition, Dave recently re-recorded his iconic song “Feelin’ Alright” as Dave and the Quarantines. It will be available on all digital platforms, Friday, July 24th. Mason and Winwood are the only surviving members of the original Traffic lineup. Dave feels it would be a great idea for them to tour together and has encouraged his fans to “bombard his website and Facebook” with the suggestion. Winwood has a new band and was supposed to be on tour this summer with Steely Dan. It’s been rescheduled for next year. Winwood last toured as Traffic in the mid-90’s with the band’s drummer, Jim Capaldi. Winwood says they had an agreement that neither of them would “go out as Traffic without the other.” Capaldi died from cancer in 2005. In May, Winwood and his new band posted an at-home performance of “Gimme Some Lovin’,” which Steve co-wrote, recorded and sang on in 1966 as a member of The Spencer Davis Group. Interesting that this Mason/Winwood fracas continues decades down the line. Sad, really, as if they did work together, some fabulous music would no doubt emerge …

Funny bit from Coati Muni (formerly a former-member of Kid Creole & The Coconuts) on their 40th anniversary release of Off The Coast Of Me; their debut for Ze Records in 1980. Early reports had it also coming out on CD and vinyl, but that appears to be up in the air. I haven’t seen any media on this release other than what we’ve reported. This should have been an event written up in the New York Times. Funny thing about media; when you don’t do it … nothing happens. Check it out here:

We finally caught up with Chris Hemsworth’s Extraction on Netflix; from the graphic novel, written Joe Russo and directed by Sam Hargrave. The screen clearly loves Hemsworth and this, like all his Thor and Avengers-movies, is rich with violence, but with some surprisingly emotional scenes. David Harbour, from Stranger Things, shows up half-way through as a friend … at first. Written and produced by the Russo Brothers, who did the last two-Avengers, this easily could have added Iron Man, Hawkeye. the Vision, and Captain America to the mix and would have fit right in … And, Wendy Stuart Kaplan? where’d she go?

Suzanna BowlingOctober 1, 2022
Read More
Scroll for more
Tap
What To Watch July 19th To Take Away The Blues
2001: A Space Odyssey Space Suit with Iconic Helmet Sold for $370,000