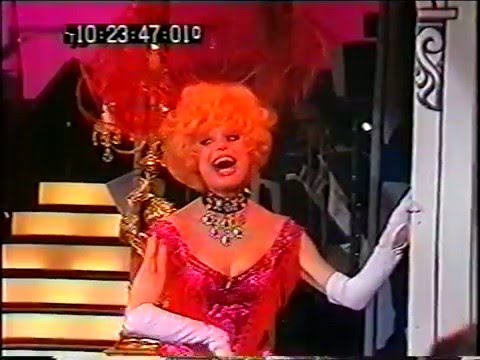 We lost so many this year. Over 200 person’s of note. These are the ones who shocked, us and we will definitely feel their loss in some way.

The Tony Award-winning Broadway composer, died Dec. 27. He was 88. His musicals Hello, Dolly! and La Cage aux Folles both earned him Tony Awards for best musical. He was nominated a total of five times. This prolific composer lyricist left us with Milk and Honey, Hello, Dolly!, Mame, Dear World, Mack and Mabel, The Grand Tou, La Cage aux Folles and Jerry’s Girls to remember him

Best known as the star of Stanley Kubrick’s screen adaptation of Lolita, the actress died in Los Angeles on Dec. 26. She was 73.

The Emmy-winning producer behind more than 50 animated Charlie Brown television specials died on Christmas at age 86.

The songwriter, best known for writing hits for acts like Earth, Wind & Fire, James Brown and Patti LaBelle, has died at 72. She passed on Dec. 24 after suffering cardiac arrest in L.A.

The Oscar-nominated actor, best known for movies including Do the Right Thing and Moonstruck, died on Dec. 12 at 86 years old.

The actor known for his roles in Star Trek: Deep Space Nine, Boston Legal and more died at 79.

The original puppeteer behind Sesame Street‘s Big Bird and Oscar the Grouch died at 85.

Known for his role as Rachel Green’s father, Dr. Leonard Green, on Friends, Leibman died on Dec. 6 at 82.

Valerie Taylor-Barnes, was a celebrated ballerina of the Royal Ballet and champion of young artists and wife of critic Clive Barnes.

Best known for her role as Rhoda Morgenstern in the Mary Tyler Moore Show. The Emmy winner got her start in theatre making her Broadway debut at the age of 20 in the ensemble of Take Me Along. That same year she appeared in the film adaptation of Li’l Abner.

Prince started out as a producer, bringing The Pajama Game, Damn Yankees, West Side Story, A Funny Thing Happened on the Way to the Forum and Fiddler on the Roof, to name a few. to the stage As a director Prince forged a partnership with Stephen Sondheim, breaking ground with Cabaret, Company, Follies, A Little Night Music, Pacific Overtures, Sweeney Todd,” Evita, The Phantom of the Opera, Merrily We Roll Along, Bounce, also known as Road Show, Prince of Broadway and many more. For his remarkable achievement, he won a staggering 21 Tony Awards. including two special Tonys — one in 1972 when Fiddler became Broadway’s longest running musical then, and another in 1974 for a revival of Candide. He also was a recipient of a Kennedy Center Honor.

The Star Trek actor had died at 79.

The actor and comedian died at 77.

The Hitchhiker’s Guide to the Galaxy star died at 81.

The actor, known for his roles in films like Mulholland Drive and Medium Cool, died at age 78.

One of the original Mouseketeers on The Mickey Mouse Club House died on Oct. 6 from a heart attack. She was 73.

The legendary actress died of cancer on Oct. 4 at 84. She won the best actress Tony Award for her performance in the Broadway musical No Strings — a first for a black woman, and then in 1968, she became the first black star to play a role other than that of a domestic worker on her own TV series, Julia.

The actor, who starred as one of the Cobra Kai members in the hit 1984 film The Karate Kid, has died at 59.

The billionaire industrialist and philanthropist died on Aug. 23 at 79.

The former NFL player, who won the Super Bowl in 2011 with the New York Giants, has died. He was 32.

The actress, was best known for playing the gum-chewing Violet Beauregarde in 1971’s Willy Wonka & the Chocolate Factory.

The star of the Disney Channel franchise Descendants and the television series Jessie died. He was 20.

The Tony award-winning creator of the hit musical Annie died at 84.

The legendary actor, known for his roles in Men in Black and Hercules, died at 88.

Anderson Cooper confirmed the death of his mother — the heriess, socialite and fashion icon Gloria Vanderbilt — on CNN.

The Midnight Cowboy and Farewell, My Lovely actress died in Manhattan in an ambulance while en route to the hospital.

Caridi, best known for his role as Carmine Rosato in The Godfather: Part II, died at age 85.

Best known for his work on The Carol Burnett Show, Conway died at the age of 85.

Lamb Everett Ray Kinstler has passed away. Everett was a member of The Lambs, The Players and the National Arts Club, where he had his studio. He painted 5 U.S. Presidents and has over 100 works in the National Portrait Gallery in Washing D.C.

Lipton, was best known for her roles on The Mod Squad and Twin Peaks.

Singleton, the first African-American man to be nominated for a Best Directing Oscar.

The eight-time NBA champion and Basketball Hall of Famer died on April 25.at 79.

Jenkins, best known for his roles in Ferris Bueller’s Day Off and Fletch.

Kercheval, was best known for his longtime role as Texas businessman Cliff Barnes on the CBS soap opera Dallas.

The British child star, best known for her roles on BBC network shows Absolutely Fabulous and Millie Inbetween. She was 16.

Andersson, the famed Swedish actress and muse to Ingmar Bergman.

The Original A-Rab, director, choreographer, producerDavid Winters produced and directed over 80 feature films and over 200 television shows and TV movies. He is nothing short of an icon in the entertainment industry.

The Mary Tyler Moore Show star died on April 12. Widely recognized for her high-pitched and sweet-sounding voice, began her decades-long acting career with a role in Hello, Dolly! on Broadway in 1969.

Perry, who starred as Fred Andrews on the CW series Riverdale, was best known for playing Dylan McKay on Beverly Hills, 90210.

Helmond, is well known playing Judith Light’s mother Mona Robinson in ABC’s Who’s The Boss? and Jessica Tate on Soap. On Broadway she stared in The House Of Blue Leaves.

Owen, best known for playing the original Marilyn Munster on season 1 of The Munsters.

Donen, was the director of Singin’ in the Rain and one of the last architects of Hollywood’s Golden Age.

Clark Gable’s grandson. Gable was the host of the reality TV series Cheaters.

Peter Tork, the blues and folk musician who shot to stardom in 1966 as a member of the Monkees.

The creative director of Chanel, Fendi and his eponymous line Karl Lagerfeld.

The younger sister of Jacqueline Kennedy Onassis and former princess.

Argenziano, best known for his roles in Stargate SG-1 and The Godfather: Part II.

The Airwolf actor was 74.

The famed British actor known for his roles in Erin Brockovich, Annie, BigFish, Skyfall and the Bourne franchise was a five-time Oscar nominee. Finney began his career as a stage actor, studying alongside Alan Bates and Peter O’Toole at the Royal Academy of Dramatic Arts. His first Oscar nomination came from playing the title role in Tom Jones. He is also known for his roles in Murder on the Orient Express, The Dresser and Under the Volcano.

Iconic horror movie actress, who starred as Kay Lawrence in Creature from the Black Lagoon.

Moritz, an actress famous for her role in One Flew Over the Cuckoo’s Nest.

Ingram, was a Grammy-winning R&B singer-songwriter.

Ballard, who starred in the 1960s sitcom The Mothers-In-Law, was also known for her role in the musical Carnival.

The actor, famous for his role in Ray Donovan.

Daryl “Captain” Dragon — half of the legendary 1970s pop duo Captain & Tennille. He was also a member of The Beach Boys. 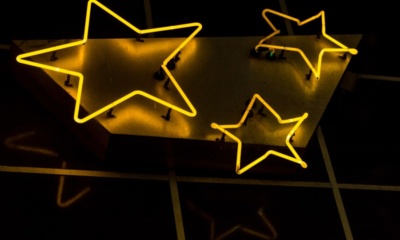 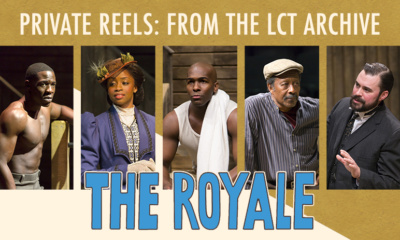 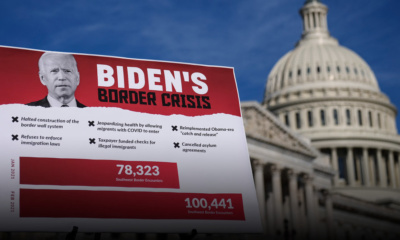 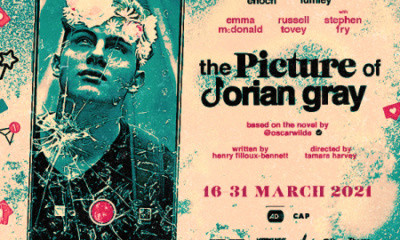 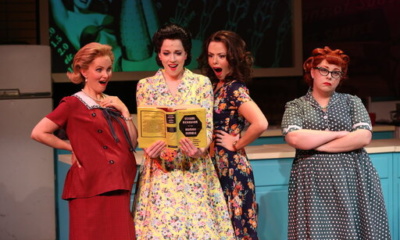 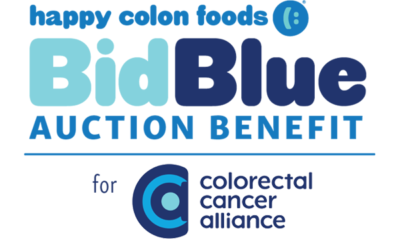 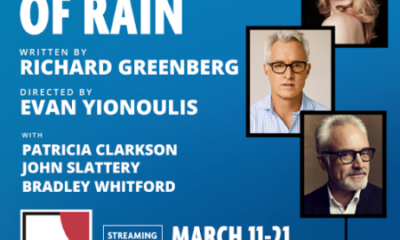 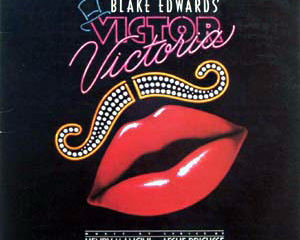 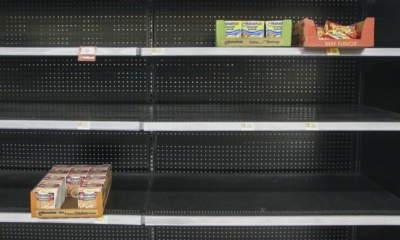