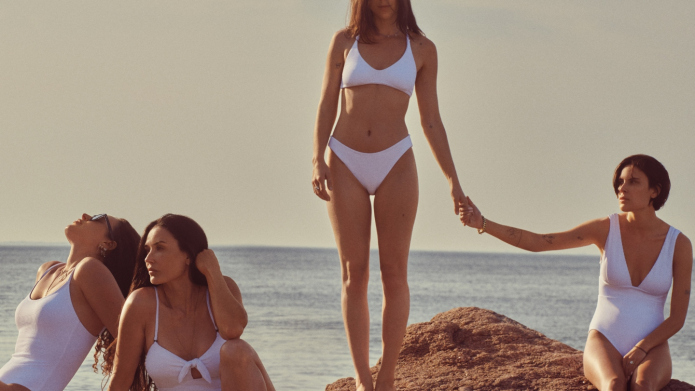 Back story:  Diamond scored big in the mid 80’s with Zoli top model actress/singer Robey and produced her smash top 10 record “One Night In Bangkok”, from the Broadway play Chess (see link below), as well as also landing her the starring role in the classic occult TV series “Friday the 13th, the Series”.

Also, during this same time frame Diamond produced Engelbert Humperdinck’s huge #1 hit “After The Lovin’”, Gloria Gaynor’s smash “I Am What I Am”, and single handedly launched the music career in Germany for “Knight Rider” & “Baywatch” TV star, David Hasselhoff. Unfortunately, it all came crashing down for Robey when she fell victim to alcohol abuse and Diamond immediately got her into LA’s top rehab center. It was there that Robey befriended Demi Moore’s mother, Virginia King.

Knowing what a great job Joel had done for Robey, Virginia asked Joel if he might consider managing her as well.

Virginia mentioned she always wanted to appear in Playboy Magazine, and through Diamond’s extensive connections he reached out to Marilyn Grabowski, Playboy’s West Coast editor and the woman behind Playboy Centerfolds.

Within days Virginia King was in front of the camera for a Playboy test shoot.

“I just found the Polaroid picture last week that the Playboy photographer gave me at the shoot and I believe it might be the only one in existence,” says Diamond, who is still signing new artists and producing hit records.

“One Night In Bangkok” – Robey