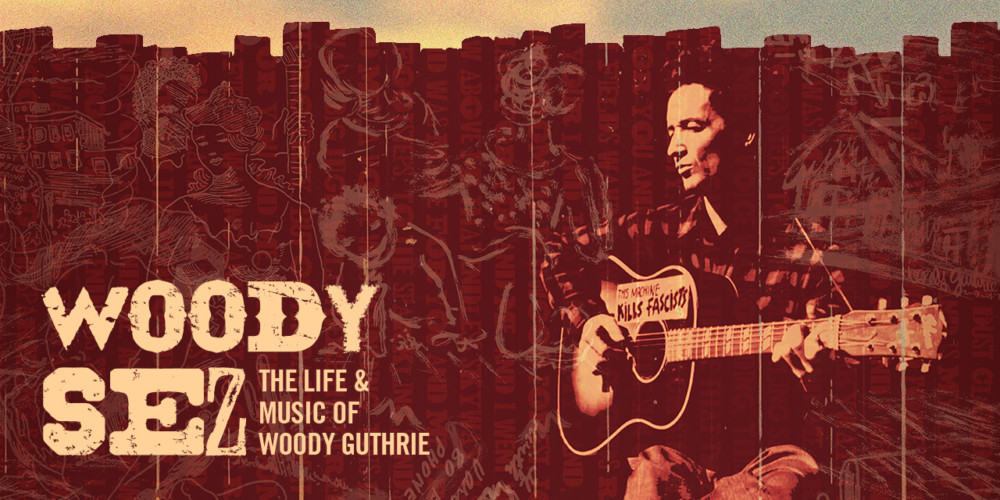 Woody Sez This Land Was Made For You And Me

Woody Sez This Land Was Made For You And Me

Once upon a time in New York, revue’s were a prominent fixture to the theatre scene. These days they are far and few between. Thankfully the Irish Rep is serving up Woody Sez: The Life & Music of Woody Guthrie, a four-person revue that is as Americana as apple pie. This show speaks from the past about how American’s feel today. Devised by David M. Lutken with Nick Corley, who also directs, this is a tribute to Woody Guthrie who was the inspiration to some of our legendary singer/songwriters such as Bob Dylan, Johnny Cash, Bruce Springsteen, Joan Baez, John Mellencamp, Pete Seeger, Jerry Garcia and so many others. Guthrie  frequently performed with the slogan “This machine kills fascists” displayed on his guitar. His best-known songs include “This Land Is Your Land,”“Bound for Glory,” “So Long, It’s Been Good to Know Yuh” and “Deportees.” 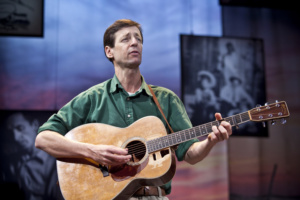 The Great Depression, famine, worker’s rights, the dust bowl and the displaced farmers that migrated to California are remembered in Woody’s songs. Growing up fast and with severe hardships, Mr. Guthrie’s songs have a spiritual side to them, that encompasses loving your brothers and your sisters, no matter who they are as well as a social consciousness with political expression.