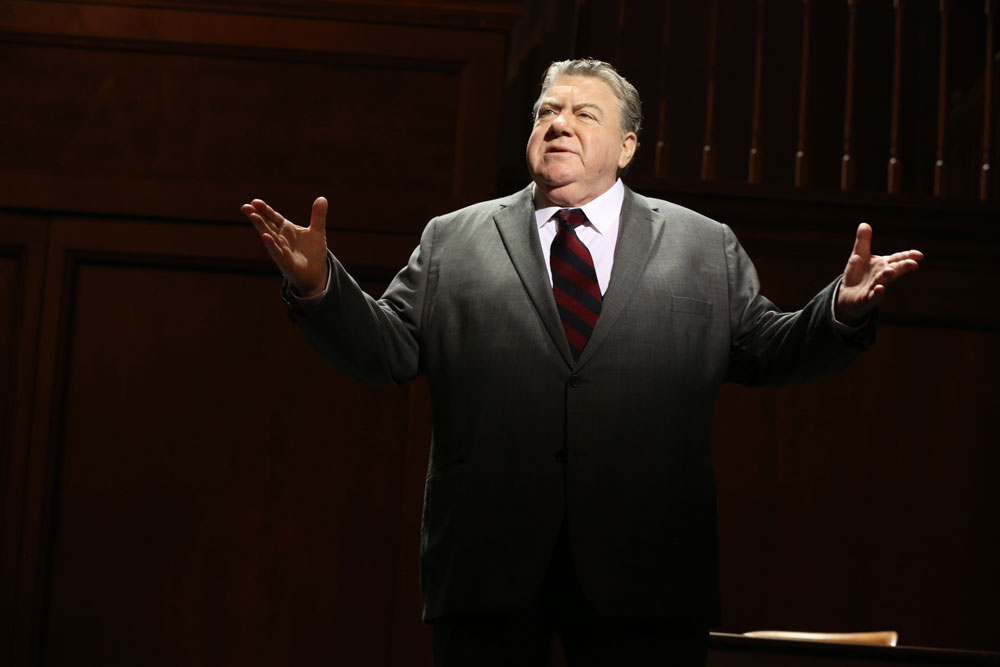 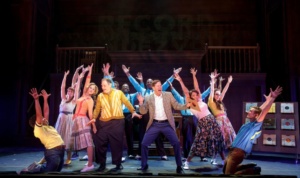 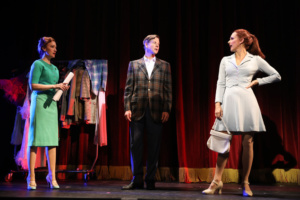 This high octane musical drama has the audience singing and by the end jumping to their feet to the infectious sounds of the 60s. The cast  is  outstanding with a show stopping performance by Richard Crandle as Little Richard. With some tweaking of the script Rock and Roll Man:The Alan Freed Story, could have a successful future. 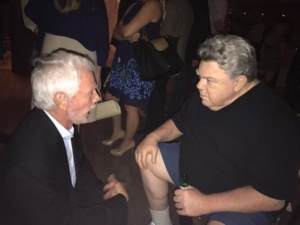 Lance Freed and George Wendt talking at the after party

Allan Freed  is commonly referred to as the “father of rock ‘n’ roll” due to his promotion of the style of music, and his introduction of the phrase “rock and roll”, in reference to the musical genre, on mainstream radio in the early 1950s. He helped bridge the gap of segregation among young teenage Americans, presenting music by African-American artists (rather than cover versions by white artists) on his radio program, and arranging live concerts attended by racially mixed audiences. Freed appeared in several motion pictures as himself. In the 1956 film Rock, Rock, Rock, Freed tells the audience that “rock and roll is a river of music which has absorbed many streams: rhythm and blues, jazz, ragtime, cowboy songs, country songs, folk songs.” 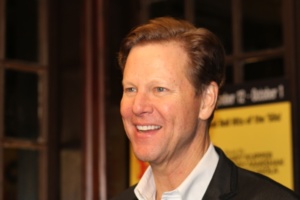 Freed’s career ended when it was shown that he had accepted payola (payments from record companies to play specific records), a practice that was highly controversial at the time. There was also a conflict of interest, that he had taken songwriting co-credits (most notably on Chuck Berry‘s “Maybellene“), which entitled him to receive part of a song’s royalties for helping increase the sales by heavily promoting the record on his own program. In another example, Harvey Fuqua of The Moonglows insisted Freed’s name was not merely a credit on the song “Sincerely” and that he did actually co-write it (which would still be a conflict of interest for Freed to promote). 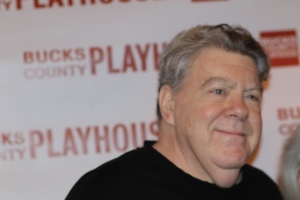 Freed lost his radio show on WABC, and was later fired from the station altogether on November 21, 1959. He also was fired from his television show (which for a time continued with a different host). In 1960, payola was made illegal. In 1962, Freed pleaded guilty to two charges of commercial bribery, for which he received a fine and a suspended sentence. 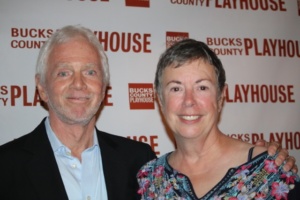 In attendance opening night were two of Freed’s children Lance Freed and Sieglinde Freed. Lance Freed is an award winning music publisher. Lance  recalled meeting Thom Bell at Philadelphia International Records and heard a new song “How Will I Know” and Lance immediately connected it to Whitney Houston, where it became a #1 hit.  Lance was the son of Alan and his first wife, Betty Lou. He was 17 when his dad died. He spent the last two years of Alan’s life living with him and his third wife, Inga, In Palm Springs. Siege Freed was Alan’s daughter by his second marriage to Jackie. 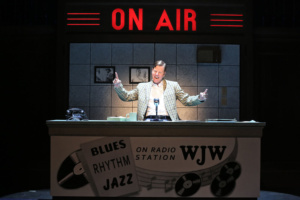 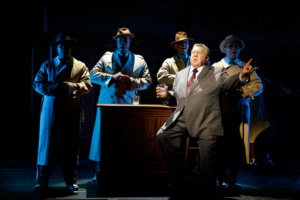 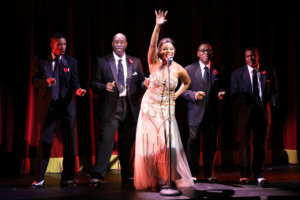 It is worth a trip to beautiful New Hope, Pa. to catch  this entertaining show. The show runs through October 1, 2017. 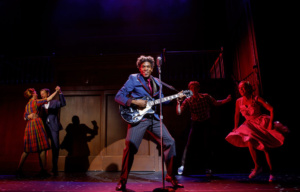 RossJanuary 2, 2023
Read More
Scroll for more
Tap
Inanimate: A Sign of True Love
He Says: Aisle Say on the Square: When the Strings are in Tune