Lisa Howard is currently wowing audiences as Tammy in the Jimmy Buffett jukebox musical, Escape to Margaritaville. Howard is most known for playing Siobhan in The Twilight Saga: Breaking Dawn – Part 2 and Rona Lisa Peretti in The 25th Annual Putnam County Spelling Bee, in which Howard won a Drama Desk Award. She created the character of Jenny in the Broadway musical It Shoulda Been You, receiving a nomination for the 2015 Drama Desk Award for Outstanding Actress in a Musical. 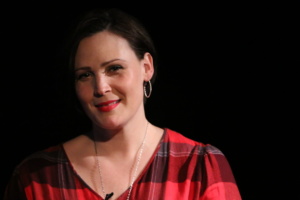 T2C sat down with this extremely talented performer, who is also a who also is a plus-size fashion model and a mother of two.