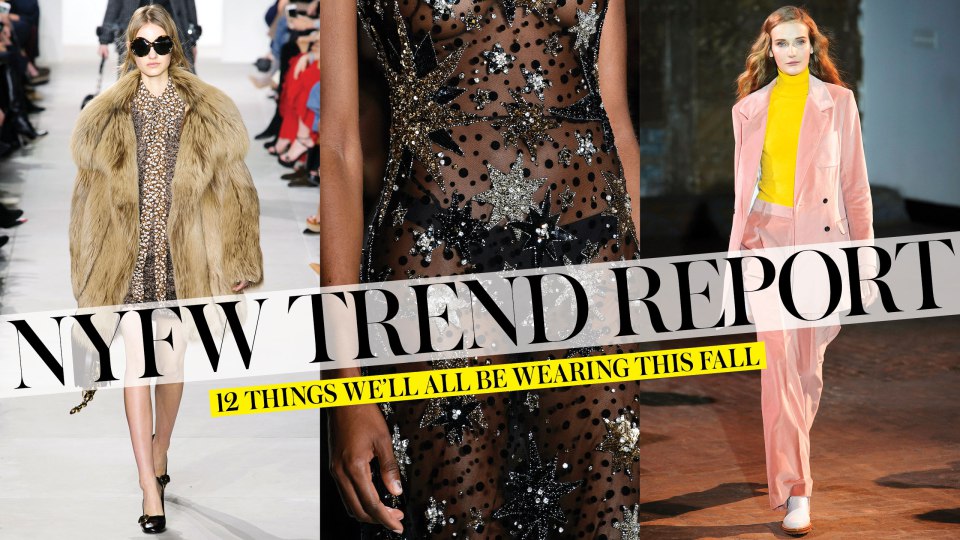 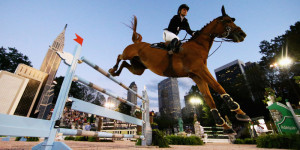 Tennis, Fashion, Music and art dominate, as the leaves start to turn. September in New York is absolutely beautiful. There is plenty to do as the city turns into a wonderland of activity.

9/1 – 4 Unicycle festival: Watch 300 unicycles roll around the city or try it yourself at New York City Unicycle Festival on Labor Day weekend, with unicycle sports, exhibitions, and races on Governor’s Island. Free.

9/1 – 11  Watch the world’s best players compete under the open sky at the U.S. Open Tennis Championship at Arthur Ashe Stadium in Flushing Meadows.

9/1 – 18 Innovative theater festival: See 26 new and innovative works, including comedy, dance, drama, music, poetry, and puppetry, during Dream Up Festival at Theater for the New City.

9/4 Tugboat races: The Great North River Tugboat Race & Competition [scroll down their page] begins with a tug parade and ends in contests and awards at Pier 8.

9/11 Tribute in Lightt is two brilliant beams that shine into the sky all night near the World Trade Center site.

9/14 Taste of Greenwich Village: Enjoy tastes from 30 local food and wine purveyors at Taste of the Village in Washington Square Park.

9/15 Tasting at the zoo: Sip for the Sea is a $200 benefit for the aquarium featuring pairings of sustainable wines with seafood and hors d’oeuvres at Central Park Zoo for age 21+. 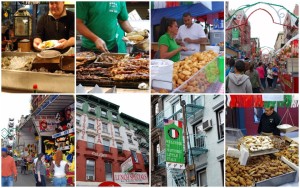 The Feast of San Gennaro

9/16 – Oct. 1 Oyster Week is a series of adventurous dining events and activities that benefit sustainable aquaculture.

9/17 Mobile food awards & tasting: Food-cart and food-truck vendors prepare their best dishes for you and the judges at the Vendy Awards, which includes live music, beer, wine, beverages, performances, and awards on Governors Island.

9/22 Local chefs prepare signature dishes accompanied by microbrews, wine, and music at Harvest in the Square on the North Plaza of Union Square Park.

9/24 Free museum day: Get a free ticket for two people to visit one of 95 museums in New York state on Museum Day Live.

9/24 Urban adventure race: Xplore New York City is a 5K race to solve clues and complete challenges as you travel around the city. Discount tickets $25.

9/24 Marine science festival: Learn about the oceans from marine scientists and hands-on activities at Submerge at Pier 26. Free.

9/25 Pickle day: Buy a pickle on a stick or other pickle-themed food, take part in activities, and dance to DJ music at Lower East Side Pickle Day on Orchard St., where vendors once sold pickles from barrels. Free.

9/29 – Oct. 2 New York Burlesque Festival is four nights of bump and grind by dozens of performers in feathers and lace, ending in a glittery razzle-dazzle spectacular. Discount tickets to opening night party $11.

9/30 – Oct. 16 Haunted house: Celebrate the macabre when intense, creepy actors confront you in the labyrinth of passageways at Blood Manor, 163 Varick St. Not for pre-teens.