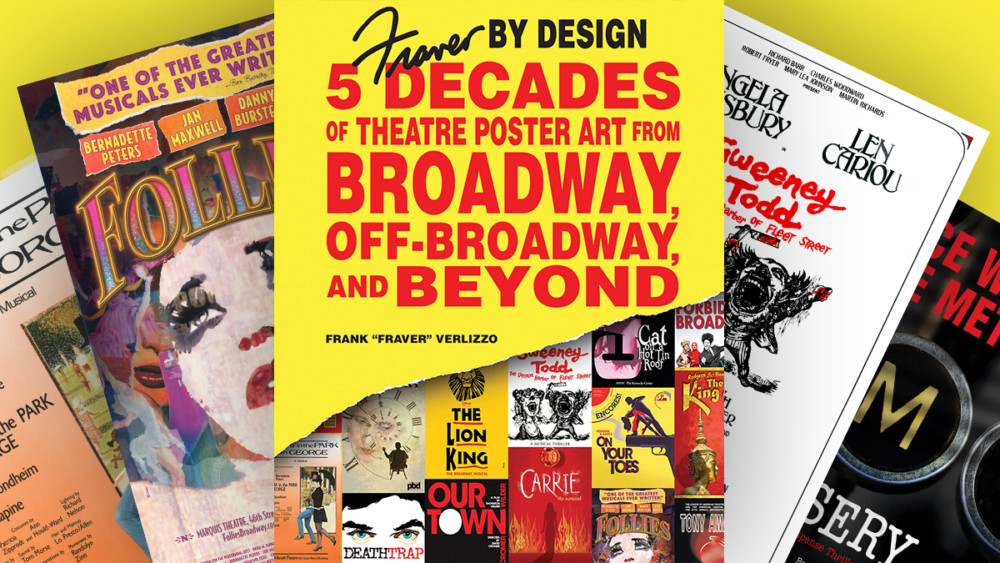 For over five decades, Frank Verlizzo, known universally in the theatre as “Fraver,” has designed more iconic show posters than any other artist. You can enjoy them all in “Fraver by Design,” in vivid, living color, a must-have for all theatre buffs. 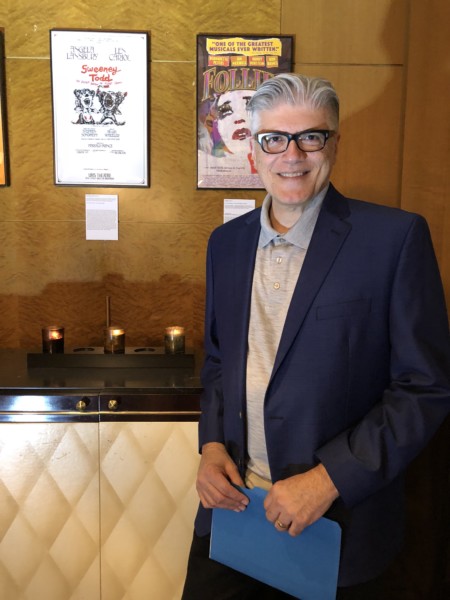 Although the posters, all of which are reproduced here, are the main reason to buy the book, the notes which accompany them are fascinating. Usually, Fraver takes us through his creative process from idea to finished artwork, but he also includes fascinating glimpses of everything that goes into the way he worked with producers to come up with the perfect marketing concept. There are also introductory observations from Broadway producers such as Emmanuel Azenberg, Jean Doumanian and Jack Viertel; and stars who appeared in some of the shows, such as Judy Kaye and Liz Calloway. Bernadette Peters’ piece on Sunday in the Park with George is particularly enlightening. 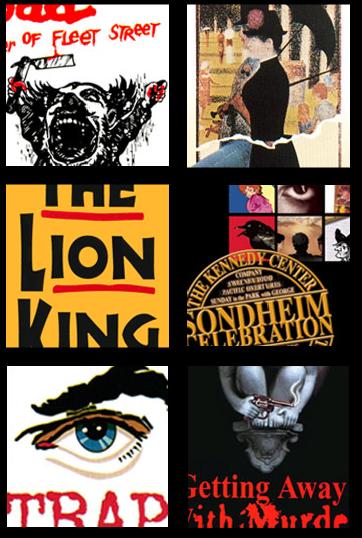 Fraver has arranged the book in three sections: “Broadway,” Off Broadway” and “Beyond.” The Beyond section includes his many posters for City Center’s “Encores” series. The Broadway section includes all of his most famous posters. Here are just a few:

I was blessed to see all of the shows the poster for which Fraver designed, except for the ones for Encores, and leafing through his book brought back many happy memories. Also, I served on the Drama Desk Nominating Committee with him for one season. He holds the unique distinction of being the only member of the Drama Desk to receive a Drama Desk Award – for Lifetime Achievement.

“Fraver by Design” is a gem of a book.