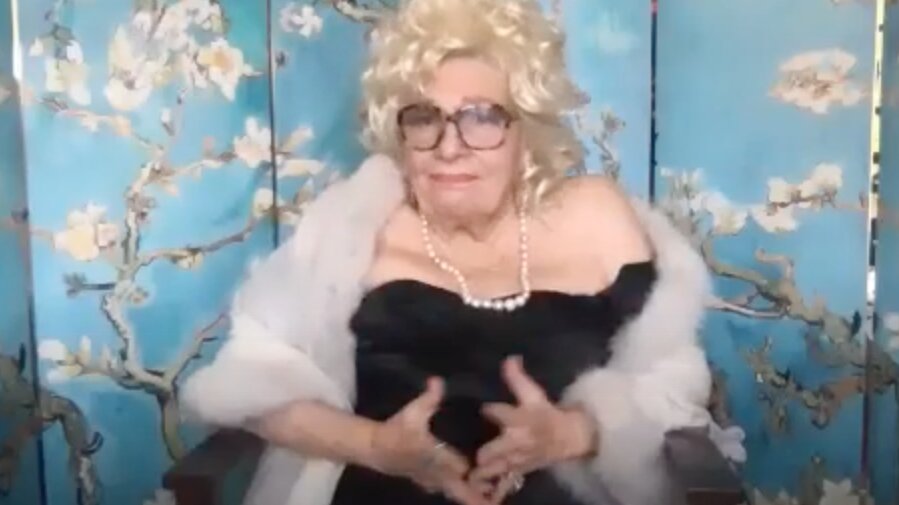 Hirsch is the author of sixteen books on subjects related to theatre and movies. A native of California, Hirsch joined the English Department of Brooklyn College in 1967, and in 1973 became one of the first professors to join the school’s newly established Film Department. He has also been associated with the Pine Bluff Film Festival since its inception in 1994.

Renée has spent the last year touring the country with her acclaimed autobiographical comedy My Life On a Diet, which earned the United Solo Special Award for Outstanding Solo Show, as well as Lucille Lortel, Outer Critics Circle and Off-Broadway Alliance Award nominations for its sold out engagement Off-Broadway in 2018. My Life On a Diet is one of 22 plays, four films, and nine TV movies and series that she and Joseph Bologna created together.

Hirsch quizzed Renee about her work with Jerry Lewis in “The Errand Boy”. Working with the famed Elaine May, working with a  a young Angelina Jolie and working with director George Abbott in Agatha Sue, I Love You.

He skipped her work with director Charles Grodin for Lovers and Other Strangers(1968) and how Barbra Streisand opened for her down in the village.

T2C asked questions and found out that Renee co-stars with Lainie Kazan in Tango Shalom, a soon-to-be released film. This film was Joe Bologna’s last performance and is directed by their son Gabriel Bologna. She is also writing a one woman play on Mae West and a memoir of her romance with Joe Bologna.

We also asked about The Nanny musical. Turns out they turned her down but as she will guest star. The sitcom has being developed as a musical by way Fran Drescher, series creator Peter Marc Jacobson, and Crazy Ex-Girlfriend‘s Rachel Bloom. Drescher and Jacobson will write the book, while Bloom writes the lyrics and co-writes the music with her Crazy Ex-colleague Adam Schlesinger. Marc Bruni from Beautiful: The Carole King Musical will direct.

Our last question was what was Ms. Taylor’s favorite career moment and it was working with her husband on Made For Each Other.

Pat Addiss, Magda Katz and the Lambs put on a well put together evening that was exciting and well thought out. You can see the whole conversation down below thanks to the Lambs.

Lewis Stadlen was Horace Vandergelder in the National touring company of Hello Dolly!.  He is the recipient of the Irish Times Award for his performance at Dublin’s Gate Theatre in Arthur Miller’s The Price.  Broadway: The Front Page, The Nance, The Producers (Max Bialystock), The Man Who Came to Dinner, (Drama Desk Nomination), A Funny Thing Happened On The Way To The Forum, (Tony nomination) The Female Odd Couple, Candide, (Tony nomination), Minne’s Boys, (Drama Desk Award, Outer Critics Circle Award, and Theatre World Award) to name a few. He has done a look o work in national tours, regional and Off Broadway. In film: The Verdict, Serpico, To Be or Not To Be and more.  He has appeared on TV most notably as Dr. Fried in The Soprano’s. He Is the author of the juicy theatrical memoir, Acting Foolish, available on Amazon.com.