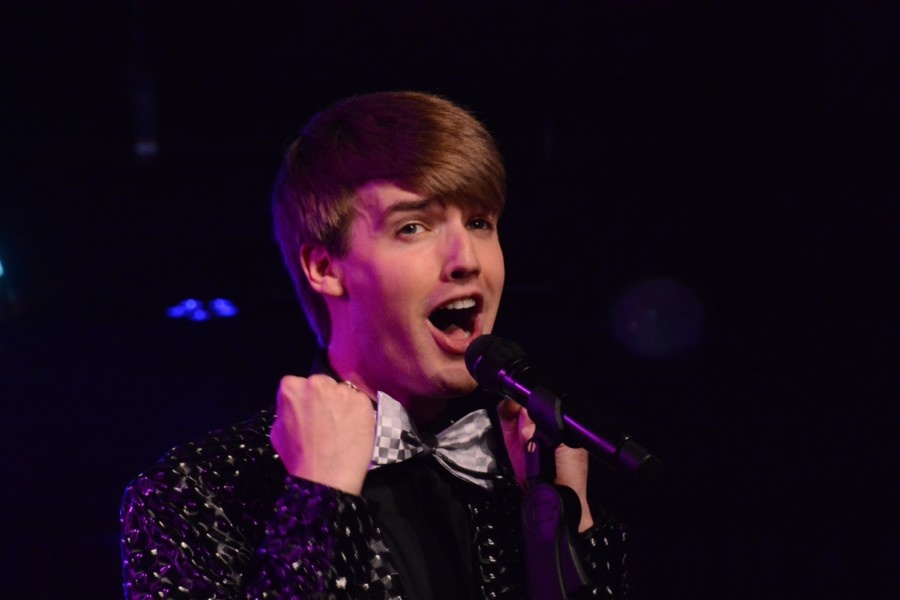 Mark William: Feeling Good at The Green Room 42, 570 10th Ave, was Mark’s newest concert and celebrated the release of his debut album Mark William: Come Croon With Me.

The room was star studded and Mark’s album, released by the Yellow Sound Label featuring songs from his critically acclaimed nightclub act, Come Croon With Me, was available on CD, digital download, and all streaming platforms as of Friday.

Starting off his newest show, cuts from the album “A Lot Of Livin’ To Do” from Bye Bye Birdie and “Shine It On” from The Act, led to a Peter Pan Medley of “Never, Never Land” and “I’m Flying”.

Another cut from the album “Put On Your Sunday Clothes” from Hello Dolly and new songs from Peter Allen contained “Arthur’s Theme”, If You Were Wondering” and “I Am Not The Boy Next Door.” it is no wonder Peter Filichia from Broadway Radio, hailed Mark’s endeavor as “Album Of The Year”

Showing his hand at songwriting with an original Song “Wherever We Land”.

“I’ve Gotta Be Me” and “Golden Rainbow” from the show of the same name were also cuts from the album, but they led to Bruno Mars “Just The Way You Are”. Normally Mark puts his unique, youthful spin on golden age crooning but in his newest concert expanded the repertoire, showing he can do other styles. You can see mark’s growth from show to show and it is thrilling.

Mark is backed by a stellar five-piece band led by his remarkable musical director Clint Edwards on keys, Jonathan Ward on drums and percussion, Sam Zerna on Bass, Jernej Bervar on guitar, Oskar Sternmark on trumpet and Dan Meinhardt on sax.

Back to the musical theatre side “The Trolly Song” from Meet Me In St. Louis, “I’m a Brass Band” from Sweet Charity, “She Loves Me” and “Feeling Good” from The Roar of The Greasepaint The Smell of The Crowd.

Standards “The Girl From Ipanema”, “The Look of Love” and “The Way of Love” melted into an empowered “I Am What I Am” From La Cage and “Home” from The Wiz.

Mark’s career has taken off. He rang in 2019 headlining New Year’s Eve at the famed McKittrick Hotel. He has appeared around the world in such shows as My Fair Lady, Mary Poppins, Mame with Leslie Uggams, and Jerry’s Girls with Susan Anton. Most recently, he was featured in the U.S. premiere of the newly revised Mel Brooks’ Young Frankenstein at The Walnut Street Theatre in Philadelphia.

I am looking forward to where this young man’s path heads.