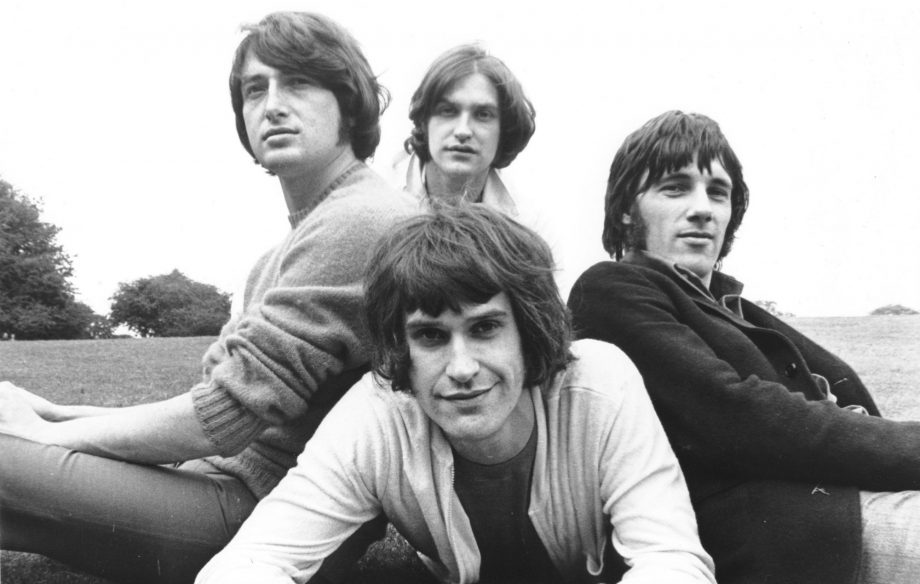 KINKS RE-UNITE — Throughout decades of reunion pleas, The Kinks have remained a band that broke up and stayed broken up.

Apparent sibling rivalries and in-fighting has famously kept the boys apart, until about this time last year when we got inklings that they were getting back into the studio together after Ray Davies raised the possibility of a reunion.

Last June, Ray exposed the trouble of inter-band quarrels in an interview with the BBC, revealing “the trouble is, the two remaining members — my brother Dave and Mick [Avory, the original drummer] — never got along very well. But I’ve made that work in the studio and it’s fired me up to make them play harder, and with fire.”

And now, in an interview with Rolling Stone the other day, Dave Davies has officially confirmed that they are indeed recording again.

“This has really been going on for a couple of years,” Dave Davies shares. “We keep going backwards and listening to a lot of old stuff. Some of that is very good, and some of it needs a bit of work.”

Much of their time in the studio has been devoted to finding tracks for a 50th anniversary release of their landmark concept recordArthur (Or the Decline and Fall of the British Empire), that is “virtually done.” Also set to feature on this record are other snippets from that time period, such as Dave’s solo song “Hold My Hand.” And if my math is right, 1969 was 50 years ago so… we can be expecting this quite soon.

Sifting through their extensive musical archives has uncovered a lot of material from the band’s long history, some of which will hopefully see the light of day in the near future. Dave remarks “some we recorded but never used, others don’t have finished vocals or they need other embellishments.”

In all of this Dave has also hinted at a brand new Kinks album, as a bunch of material is sitting as demos with the intention to be released.

What’s more, a Kinks tour is not out of the question?! When asked, Dave answered that “its not impossible… it would be fun though wouldn’t it?”

BALE & DAMON —Ford vs. Ferrari was simply terrific; an old style movie for sure, but with stellar performances from both Matt Damon and Christian Bale.

The basic story is that the Ford Motor Company, Henry Ford 2 played sensationally by Tracey Letts, wants to beat the Ferrari-brand that has constantly won at LeMans. They engage cagey Carroll Shelby (Damon), who builds the car and persuades almost everyone to let Ken Miles (Bale) drive.

Miles is an unhinged soul, but with a perfect relationship with his son Peter. In fact, one scene, shot at LAX Airport, is just sensational. Bale’s character knows instinctively what to do and it’s his characters passion, plus Shelby’s wit, that makes this a  winning team.

The movie was directed by James Mangold  (Copland, Walk The Line; City On The Hill) and I think it’s his best work yet. Just a terrific effort.

The one thread running through this whole story, which I had yet to read in any other review -is just how crucial Ford-employee Lee Iacocca was in this story. Working at Ford (he would later go and run Chrysler) he was the first employee to stand up to Ford and tell him that this was indeed the way to go. Essayed by Jon Bernthal, it is a career making performance.

The car is built; a test run at Daytona where Miles prevails is next, and then LeMans in France. Josh Lucas plays a rouge Ford employee who almost succeeds in overthrowing the whole affair, but Damon and Bale prevail.

I’m not a huge car-racing fan (its a millionaire’s game), but I do remembers Paul  Newman’s 1969 movie Wining (with Joanne Woodward and Robert Wagner) that ironically dealt with the Indianapolis 500 race. It was a good one for sure.

Ford vs. Ferrari, simply terrific. Direction, performances and a great script –  It’s on my Top Ten List for certain.

FALL FINALE TIME — Last week, most of the major TV-shows started airing their fall finales … even before Thanksgiving next week. Amazing!

The one show that just maybe just earned the right to an early holiday season is NBC’s This Is Us, which week-after-week just blows me away. One pundit in Vulture said the show has yet to run out of ways to take us. Essentially, that’s a very true statement. Between the flash-backs … and, flash-forwards, the viewer doesn’t always know where they’re at time-wise, but then they switch back to the present and everything makes sense … sort of.

In last week’s fall-finale, they had one-story unfolding in present time; another in the future; and, lastly one way in the future … but, only for a quick scene. The episode was titled So Long Marianne; after a terrific Leonard Cohen song that played throughout. Just an extraordinary episode, directed by one of the producers, Ken Olin (thirtysomething).

NBC’s Chicago Med, which in its first season had some terrifically written episodes, had their finale about a series of just terrible events. One way to go I imagine.  ABC’s Stumptown, which for my money, was the hit of the fall season had a brilliantly written Thanksgiving-episode. Cobie Smulders is just terrific.

CBS’ FBI stayed strong throughout with their terrific cast.

ABC’s Emergence, which has been pre-empted for the last few weeks, had a great episode, but their numbers have fallen slowly.

Believe it or not, NBC showed a preview of their Manifest, which returns January 6 and it didn’t look half-bad. Sort of like a mid-budget-LOST , but definitely intrigued me.

SHORT TAKES —What’s with Elon Musk and his Cybertruck? Supposedly, the windows couldn’t crack … then they did. And Musk, somehow talked his way out of it. Amazing. A guess a genius gets away with a lot more. Methinks the media is giving him just enough rope … to hang himself … Friday’s Today Show (the 3rd Hour) featured the gang and Al Roker in Nashville. Kathie Lee Gifford hosted as well and now that she’s relocated there, was the resident authority. She’s great; Roker not so much. I think the only reason he’s still there, is he’s the sole connection to the past. Not a nice man by any stretch.

The show suffers … Celebrity-author Mark Bego has another reason to celebrate last week at Steve Walter’s Cutting Room fete: Supreme Glamour – his book with Supreme-Mary Wilson – has gone back for a second printing. Which means Volume 2 is a foregone conclusion! Here’s one more shot from his Cutting Room-event last week: with Project Grand Slam’s Robert Miller (thanks to Jeff Smith for the always-brilliant photos) … Our colleague Roger Friedman (in his Showbiz 411 column) gave just a sensational review to 90-year old Clint Eastwood’s latest film Richard Jewel. Roger’s usually always on track. Check it out here: https://www.showbiz411.com/2019/11/22/clint-eastwoods-richard-jewell-is-a-jewel-of-a-film-a-grand-flourish-for-the-90-years-young-director … Check out this review on Dennis Scott’s Thank You Mister Rogers album from Sounds Of Nahsville: https://www.soundslikenashville.com/music/lee-greenwood-kellie-pickler-tribute-mister-rogers/?fbclid=IwAR3iODhLmWNCvoR2HbDDEAnJyrTBCkveXtnSk1cqA9icfE6V17bAJtRqpZo …

And, Micky Dolenz in the recording studio in LA to contribute vocals on Joey Molland’s new album. Micky popped in and sang on Joey’s great new track, “Shine.” Here he is pictured with Joey and album producer Mark Hudson. Both Dolenz and Molland re-start their 50 Years Ago tour next week in Pittsburgh; along with Todd Rundgren; Christopher Cross and Jason Scheff.