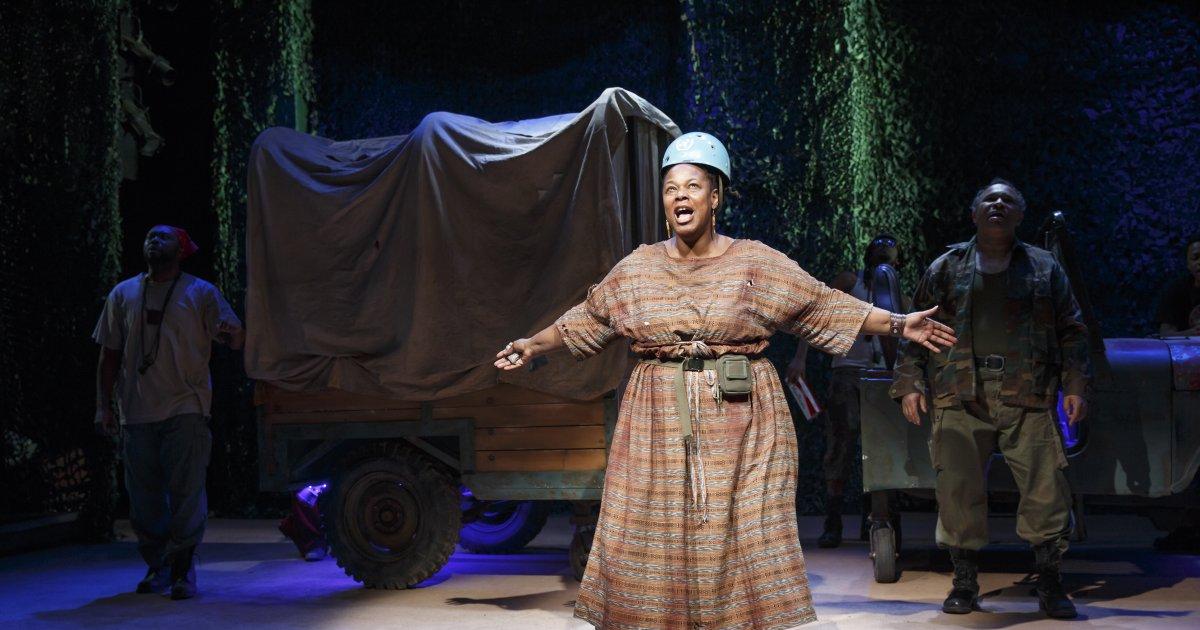 Mother Courage is Far From Delusional

Mother Courage is Far From Delusional 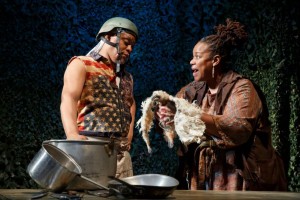 The revival of Bertolt Brecht’s 1939 anti-war drama Mother Courage And Her Children at Classic Stage Company has caused controversy. Tony award winning actress Tonya Pinkins, announced that she would fulfill her contractual obligation, but was leaving two days before the shows opening. The reason was that Tanya felt she had been given one of the best roles for women in theatre, only to have it diminished by CSC’s artistic director and director of the play Brian Kulick and some cast members. Kulick, saw Mother Courage as “delusional.” I don’t think anyone who has ever seen this play or read it, would describe Mother Courage as “delusional,” but there’s always a first. Besides Ms. Pinkins Jacob Ming Trent has also departed.

Originally set during the Thirty Years’ War, Mother Courage is a businesswoman, who’s God is Capitalism. She pulls her cart, along with her three children, from encampment to encampment. When war seems to end Mother Courage is depressed, not happy. She has become entrapped by this war that seems to have defined her. Despite her best attempts, she not only loses her children, but also her goods until all she has left is her cart to keep her company.

Kulick, has set the play in the present and in the Congo. The cast should make Jada Pinkin Smith happy, as the cast is all of color. The problem here is Kulick and translator John Willett are white and if this play was suppose to be riveting or transformative, they failed. This play is now a bore. Also the cart that Mother Courage pulls to represent her struggles and her entrapment is at times a jeep, which makes zero sense.

Ironically who succeeds is Kecia Lewis. With so little rehearsal she is still calling for lines and during the second act does read from the script, but she is so in tune with this role, we do not care. Kulick may have tried to make Mother Courage “delusional,” but Lewis breaks our hearts as she makes this role her own. The cast rally’s around Ms. Lewis and they succeed as well, especially the three children Deandre Sevon as Swiss Cheese, Curtis Cook Jr. as Eilif and Mirirai Sithole as Kattrin. Ms. Sithole makes us understand this mute child’s longing as she blossoms into a women only to become disfigured (the rape is never mentioned in this version, nor is it done by the Clerk). Out of her silence Kattrin becomes the only heroine of the piece. Kevin Mambo as the cook and Zenzi Williams as Yvette, a prostitute also shine.

Musically, Duncan Sheik (Spring Awakening and the upcoming American Psycho) has turned out a hauntingly beautiful score that breaks the monotony of the script.

Bravo to Ms. Lewis for taking a bad situation and making it work to her advantage. I look forward to see her in a much better adaptation.